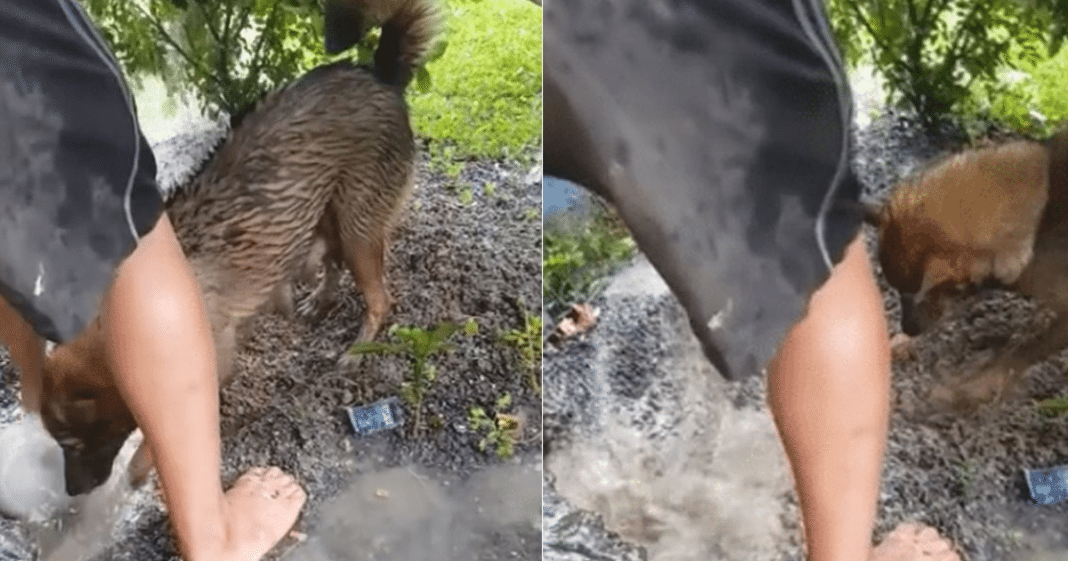 There is nothing stronger than a mother’s love. From the moment a woman conceives, she has a connection with her child. Moms are often referred to as ‘mama bears’ for the way they’ll courageously protect their offspring. The video we are talking about today demonstrates that kind of motherly love in an incredible way.

In the video below, you see Lu, a mama dog, attempting to save her drowning puppies from a flooded den.

Lu had recently given birth to a litter of four puppies. Shortly thereafter, the area was faced with a brutal storm.

“Heavy rain made the dog’s lair soaked in water, and it was flooded. There was nothing the mother could do about that. But she went back to rescue her puppies,” said Lu’s owner, Binh Dao Thi. 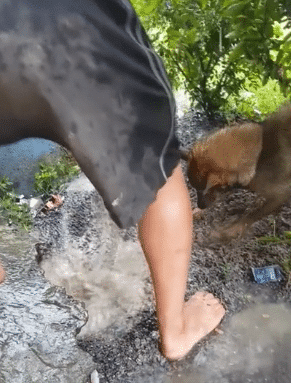 In the footage, the dog paws at the flooded ground furiously while her owner, Dao Thi, uses a plastic container to scoop water out of the hole.

The dog’s den is set slightly underground, and the heavy rainfall has flooded the “hole” with water. Mama Lu is clearly disturbed by the events. She digs frantically to get into the area where her poor pups are trapped, but even with her owner using a jug to help, the water levels are not decreasing. 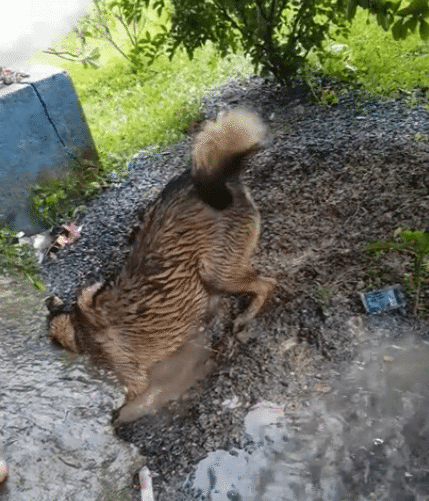 Despite their best efforts, the water isn’t clearing out. Lu grows increasingly distressed with every passing second. She knows they are running out of time.

Taking matters into her own hands, the brave mother makes the quick decision to submerge herself in the water, lunging her body into the flooded hole to save her babies.

When Lu emerges from the hole, she holds a single pup in her mouth. 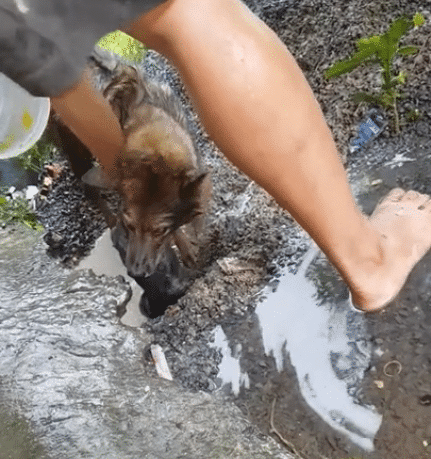 The devoted mother refuses to give up. She goes back underwater three more times until every single one of her babies has been brought to safety.

After the rescue, one of the puppies isn’t breathing, but Doa Thi quickly performs CPR and averts the potential tragedy.

Thanks to this mama’s bravery, all of her puppies survived.

After the ordeal, Doa Thi said:

“There were four that she brought back out of the hole. They all survived, and they have recovered. I’m sure there are no more because the mother would never have left them.”

Lu’s owner said he’s not surprised at the lengths Lu went to save her babies. “She’s originally a dog from an island. [So] she’s loyal and protective of her children.” 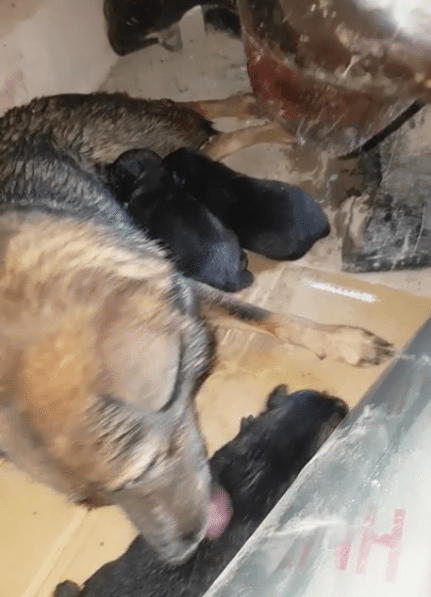 At the end of the heartwarming video, you see Lu huddled with all her babies, safe and sound.

Watch the dramatic rescue below: