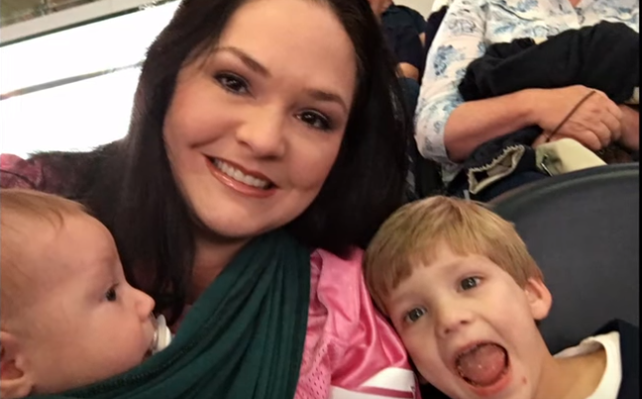 Mother of two Misty, owes complete recognition to her four year old son Camden who nearly saved her life. The story goes back to when Misty had become very ill and thought that it wasn’t anything worth stressing over because it was just the flu. That however, was not the case when Misty took her temperature which had skyrocketed to 105.5 degrees F.

This is where Camden comes into play. His mother doesn’t recollect anything after this because she had passed out and experienced her first seizure. Camden, who was completely aware of his mothers unresponsiveness, took her phone and managed to find his fathers photo where his phone number was right next to it.

Camden immediately called his father to explain to him what was going on.

The young boy repeatedly told his father that he needed to come because his mommy wouldn’t wake up. He was so frightened. Immediately after being given word, Misty’s husband Jeremy called 911 and they quickly arrived at their home.

Misty was then rushed to the hospital where she experienced two more seizures before starting treatment and recovery.

“My boys are my world and my gratitude is overwhelming,” she said. “I just keep staring at them amazed at how different things could have really been for me. It’s reminded me to enjoy the day-to-day tasks of motherhood again and not get bogged down with all the details in my life that in the end won’t really matter anyway.” ABC News

Thanks to Camden, Misty is now home and stable.