Foster Parents Vow Never To Split Siblings, Then Family Of 6 Arrives. What They Do Next Will Have You In Tears 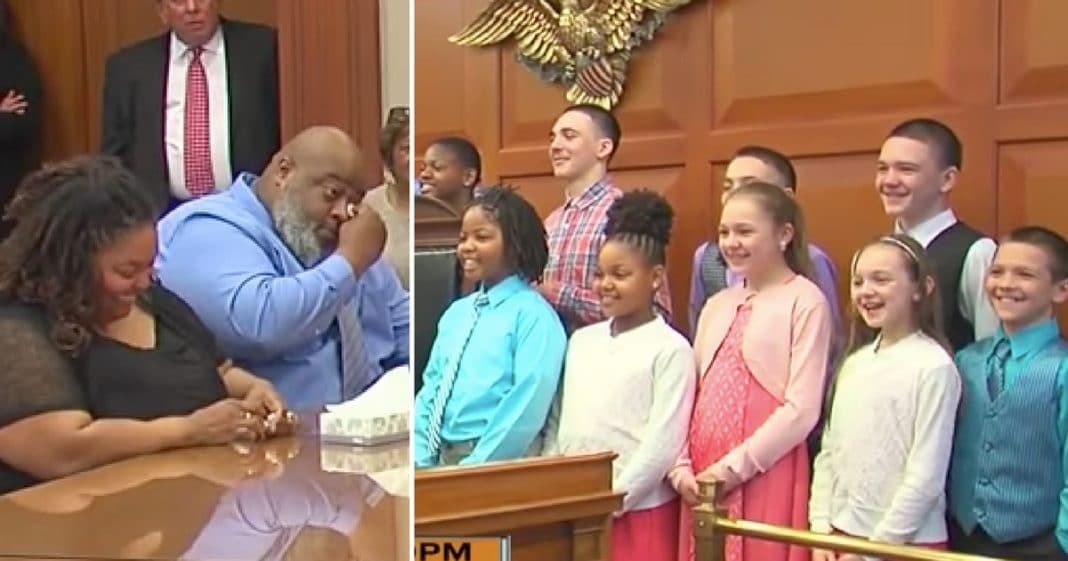 Even though they already have five children of their own, when Christopher and Christina Sanders decided to become foster parents, they made a deal with each other that they would never split up a family or sentence the children to lives of being shuffled between houses, no matter how many kids came their way.

So when six siblings came to them in need, the Sanders knew exactly what they needed to do.

Then, on Thursday, the Sanders decided to take things one step further. The whole family headed to the courthouse to make things official and adopt the siblings into their family.

“We were having a rough life,” Caleb told Judge Ralph Winkler in the Hamilton County Adoption Court.

“And you feel like you’re in a safe place now?” Winkler asked.

Even though it’s a big change, all of the Sanders biological children are happy to have the number of their siblings more than double.

“She’s the sweetest sister ever and I love her so much,” Christopher and Christina’s daughter Caitlin said of her new sister Chloe.

It’s clear with one look that they are not all blood related – the Sanders are black and their adopted children are white – but skin color is not an issue for this family.

“We’re all the same in God’s eyes, so the color of anyone’s skin has never had a bearing on any of this,” Christopher said.

As you can imagine, the family’s needs and expenses have risen greatly since the adoption, and they are now trying to raise money for a 15-passenger van so they can get around more easily. If you are interested in helping support this wonderful family, you can visit their GoFundMe page to donate.

Were you touched by what the Sanders did for these kids in need? So share this!