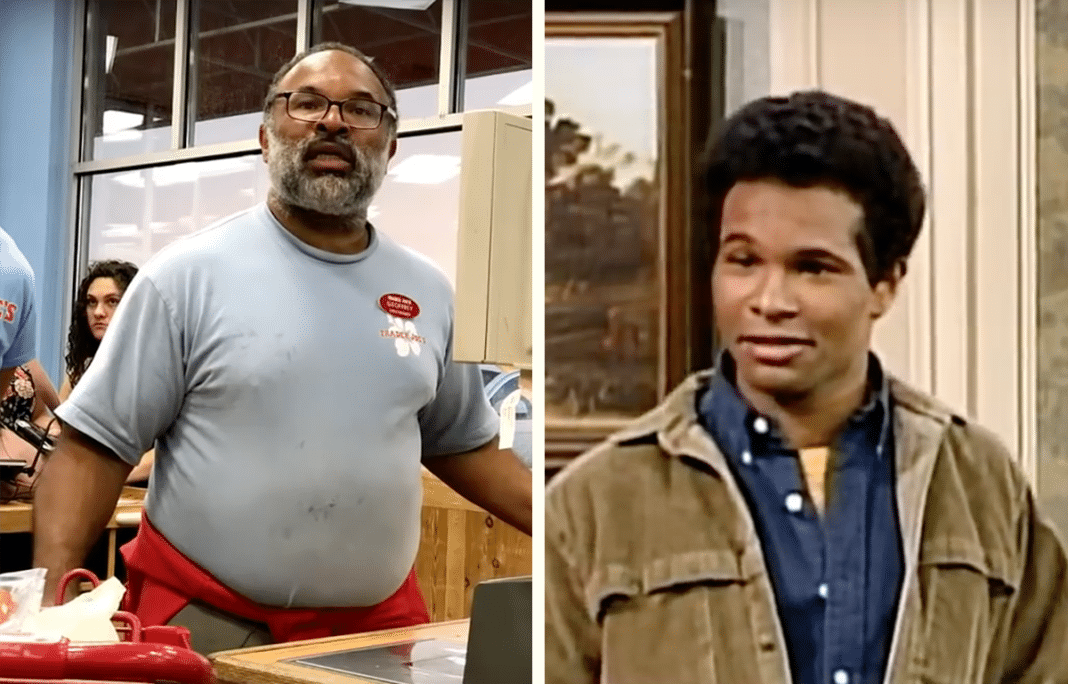 Twenty-six years after The Cosby Show went off the air, Geoffrey Owens, who played Elvin Tibideaux, is back in the spotlight and more of a celebrity than ever, he says.

This time, it’s not exactly due to wanted attention, as Owens was caught in photos by a customer as he worked at a New Jersey Trader Joes grocery store. He had worked there for 15 months and had enjoyed his interactions with customers, who often recognized him.

The photographs in his store uniform went viral as some media outlets ran headlines that he had been reduced to bagging groceries.

Owens was devastated and shamed by the attention at first, but then he received enormous support from all over the world as many accused the reports of job shaming.

Actress Justine Bateman, who starred in the 80s hit Family Ties, among many other hit shows, was among Owens’ most ardent supporters.

“The period of devastation was so short because so shortly after that, the responses, my wife and I started to read [them] … and fortunately the shame part didn’t last very long,” he said. “It’s amazing.”

“It’s really overwhelming, in a good way,” he continued. “I kind of feel like that character in that Woody Allen movie that wakes up one morning and he’s a celebrity all of a sudden … it came out of nowhere. I really want to thank everybody out there … for the incredible support, the amazing support and positivity that they’ve shown for me. It’s quite astounding.”

Now he’s hoping that his story will help remind people “what it means to work, the honor of the working person, [and] the dignity of work.”

“I hope that this period that we’re in now, where we have a heightened sensitivity about that, and a reevaluation of what it means to work and the idea that some jobs are better than others — that’s actually not true,” he said.

“There is no job that’s better than another job.”

“It might pay better, it might have better benefits, it might look better on a resume and on paper. But actually, it’s not better. Every job is worthwhile and valuable.”

Owens says nobody should feel sorry for him. He’s enjoying life just as it is but did leave his Trader Joe’s job following all the attention.

The store extended an invitation for him to return anytime.

“I’ve had a career that most actors would die for. So no one has to feel sorry for me. I’m doing fine!”

Owens says he might feel a bit uncomfortable if he is offered a job due to all the attention he’s received from the Trader Joe’s photos. As always, he wants to be judged on his acting merits.

Owens continues to work on and off-screen, most recently in TV series, Elementary, Divorce, and the movie, Hibiscus.

He also teaches and directs and says he worked at Trader Joes because the job offered him the “flexibility” he needed to pursue ongoing acting jobs in the entertainment business.

We thank him for raising awareness about the dignity and value of all working people’s efforts.

See what he has to say about the experience in the video from ABC News below: