Football Players See Frantic Woman Beating Car With Hammer, Then Notice Carseat In The Back… 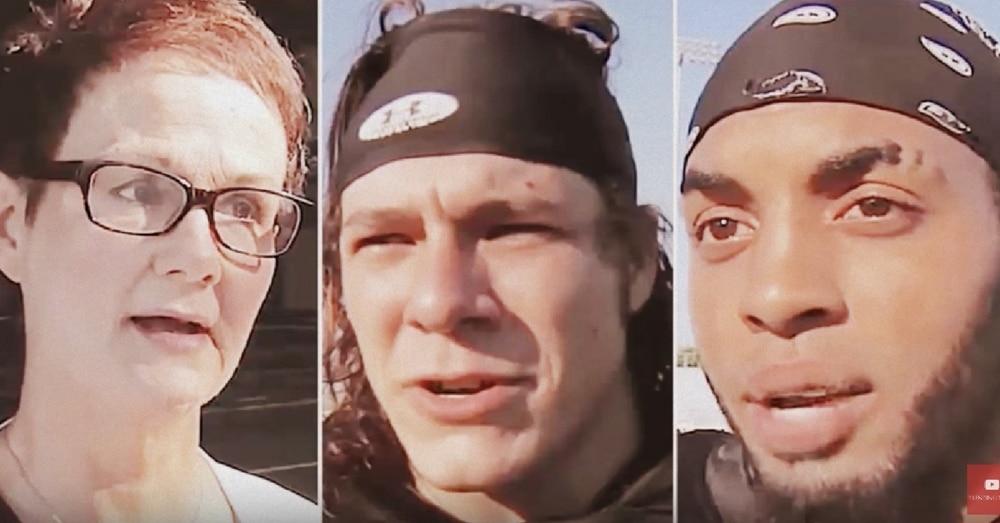 Teresa Gall was babysitting her 17-month-old grandson, Liam, when the unimaginable happened. She put Liam in his carseat, tossed the keys on the front seat, and shut the door.

That’s when she realized all of the doors were locked.

It was a hot day in Missouri and it only took two minutes for the heat to start to take effect on the small boy.

“He was so red and crying and vomiting profusely,” Teresa recalled.

Her sister and niece, who were with her, ran inside to get help and a hammer to break the car window open. However, try as they might, they couldn’t break through the glass.

Terrified for the life of her grandson, Teresa sent up a quick prayer.

It was at that moment that two Missouri Western football players, Jack Long and Shane Simpson, drove by.

The two were on their way home from practice when they saw Teresa frantically beating at the car window.

At first they thought she had just locked her keys in her car, but they realized that she probably wouldn’t be so frantic if that was all that was going on. They decided to turn around and see if they could help.

When they saw Liam in the backseat they knew they had to hurry. Miraculously, all it took was one hit on the glass by one of the strong football players to shatter the window, and Teresa was finally able to get Liam out.

Teresa rushed the baby inside to cool him down and Jack and Shane went on their way. Thirty minutes later, though, the two were back to check up on Liam and make sure he was okay.

Teresa was overwhelmed by their kindness and incredibly grateful for what they did that day. She offered to give them a cash reward, but the pair declined, saying they only did what anyone else would have done in that situation.

“Any decent human being out there probably would have done the same thing,” Shane said.

All they asked for in return was for Teresa to come to their next football game.

She wasn’t going to miss that game for the world!

Do you think these two young men are heroes? So share this!