Footage Of Catholic Priest Slapping Crying Baby During Baptism Sparks Outrage: ‘This Is So Scary’ 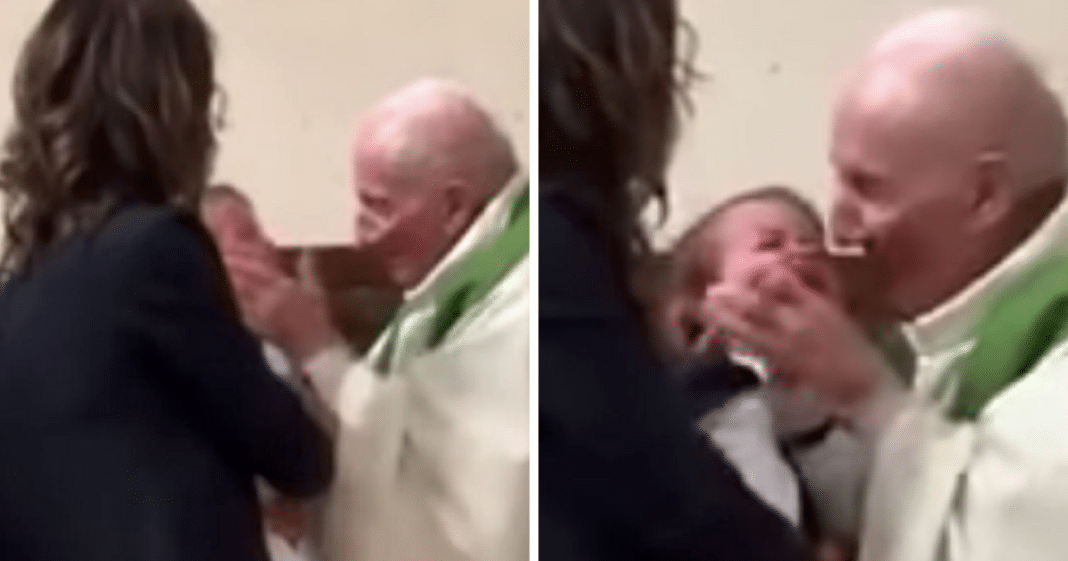 Footage from a YouTube video initially shared on Reddit has quickly circulated the internet and world. It shows the baptism of a child in a French church. In the footage, the priest is seen slapping the child across the face. His actions have sparked outrage on social media. People are weighing in, unafraid to condemn the man’s actions.

The initial video that was shared was captioned, “A priest slaps an infant during his baptism.” On Reddit, the user wrote: “this  happened today in France, I’m really shocked.”

The video is only 43-seconds long. It shows the priest cradling the infant’s tear-filled face. The child sits in a woman’s arms. It appears like the priest is attempting to comfort the baby. He eventually slaps the child across the cheek.

Where can I find this priest so I can slap him right back for slapping the baby ?pic.twitter.com/Tm021ZBAm0

This is what someone posted on Twitter. “I saw this video on Facebook, and I cried Loudly crying face was filled with anger and sadness. If  I was the mother of that baby, I wouldn’t hesitate to push or slapped the damn priest back!! I don’t care what he is!!”

The clip shows a man and woman, who could easily be the boy’s parents with shocked expressions on their faces. Their child immediately began to scream. The priest tries pulling the child closer as a woman, who is perhaps a church official approaches. 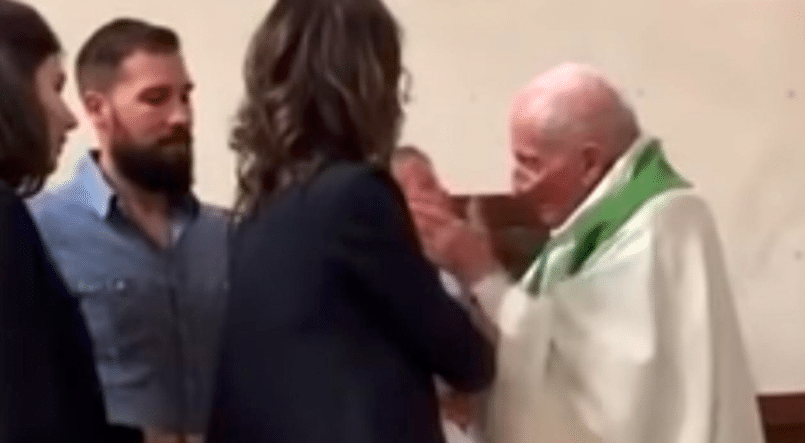 The baby wouldn’t have it. He struggled in the priest’s hold. A man (assuming the child’s father) forcefully removed the baby from the priest’s arms.

Little is known about the details of the video – where and when it was taken. Most importantly, the circumstances behind the priest’s actions. Nevertheless, social media was quick to draw its conclusion about the matter. The clip has been viewed and shared nearly 200,000 times.

“This is so scary and sickening, that baby knew that’s the devil in disguise,”  one person tweeted. “That’s no priest.”

“Where can I find this priest so I can slap him right back for slapping the baby ?”

Another added: “If that’s my son, I’d have hit the priest so hard that even God would prefer staying outta this.”

“This man calls himself a priest!! Sick, vile man,” a Facebook user wrote in a post sharing the video. “Slapping a baby what the hell is wrong with him he needs locking up.”

See for yourself in the video.

The priest has been identified and suspended. Read more HERE.