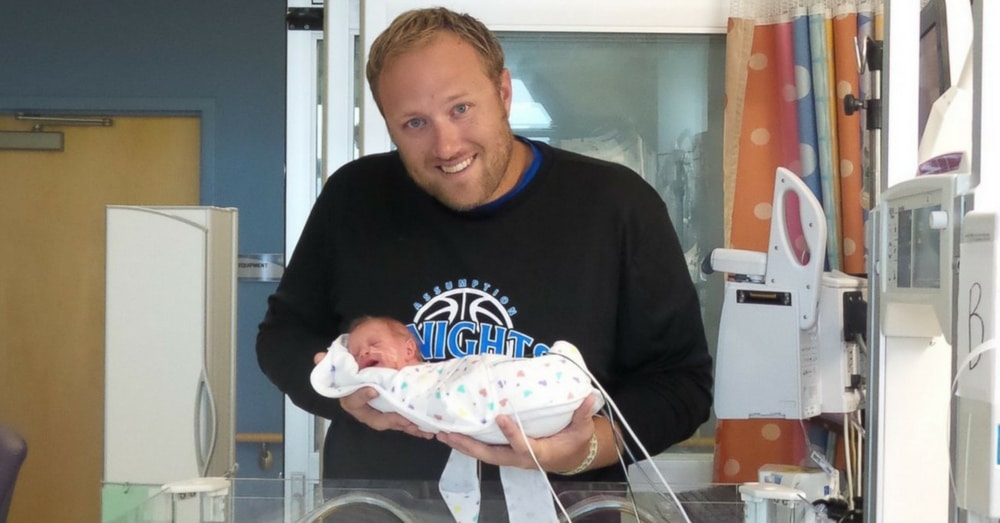 A Florida couple is celebrating the arrival of twins, a boy and girl, who were born on Thursday as Hurricane Matthew bore down on the Atlantic coast of Florida.

Anthony and Jessica Polster, of Jacksonville, Florida, had planned on riding out the storm in their home near their doctors at Baptist Medical Center Jacksonville. But during a routine check-up on Thursday morning, Jessica Polster’s doctor said that she was in labor at 35 weeks pregnant and that the babies were on their way, no matter the weather.

Polster, who works as an athletics coach in Jacksonville, said he quickly drove home to prep the house for the storm, pack his own overnight bag and send the couple’s dog to a neighbor’s home. “At that time, it was starting to rain,” he said.

At the hospital, Jessica Polster said the medical staff ultimately decided it would be safer for the new mom to give birth via c-section, since both infants were in the breech position.

“Harper was born at 5:25 p.m. and JP was born at 5:26,” Anthony Polster said of the quick delivery. While both babies were doing well, they were admitted to the neonatal intensive care unit since they were born early at 35 weeks.

Just a few hours later, hospital administrators made the decision to evacuate the hospital NICU and move the patients to the adjoining Wolfson Children’s Hospital.

Read more about these twins’ exciting birth at ABC News.