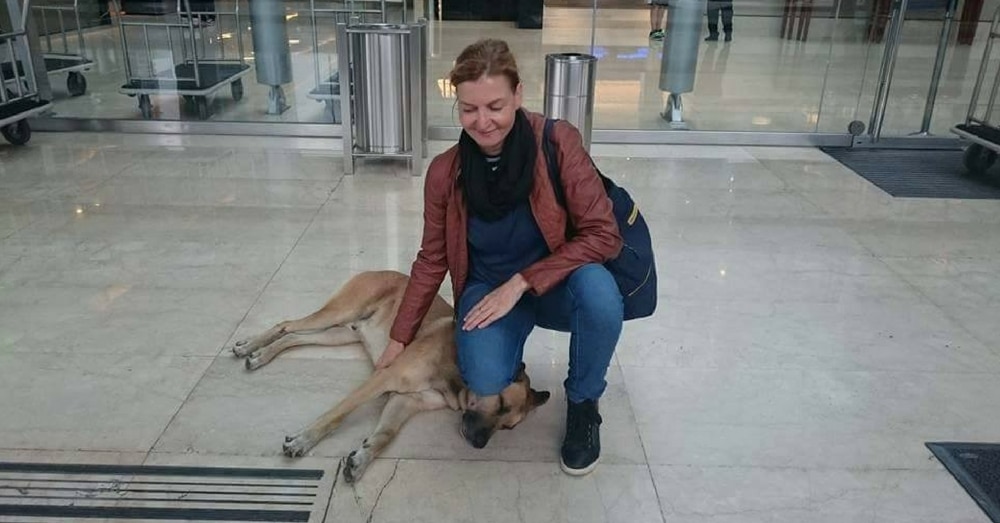 It was love at first sight when stray dog Rubio spotted Olivia Sievers at a hotel in Buenos Aires six months ago.

The animal-loving German flight attendant noticed the dog while on a walk one morning. She played with him and gave him some food and thought that would be the end of it, but Rubio was already attached.

The dog waited outside Olivia’s hotel every night hoping to see her again.

“I tried to change my way as I didn’t want him to follow me to the hotel, but it was not possible – he always followed me – so I tried [to wait] one hour but he always watched me and followed me,” she said.

Every time she came back to Buenos Aires, there was Rubio, waiting anxiously to see her again.

Knowing that the dog wanted a friend and some human interaction, Olivia arranged for him to be adopted into a loving home, but Rubio wasn’t having it. He knew which human he wanted to be with and he wasn’t about to lose her, so he ran away from his new home and returned to the hotel where he had first met Olivia.

Charmed by his persistence, Olivia finally decided to bring Rubio home with her. On Friday she took Rubio with her to Frankfurt where he was “perfectly treated at Lufthansa Animal Lounge” while they waited for his paperwork.

Now Rubio is finally home with his favorite human, making new friends with her other dogs and enjoying life in his new home.

Were you touched by this sweet dog’s determination to be with Olivia? So share this!