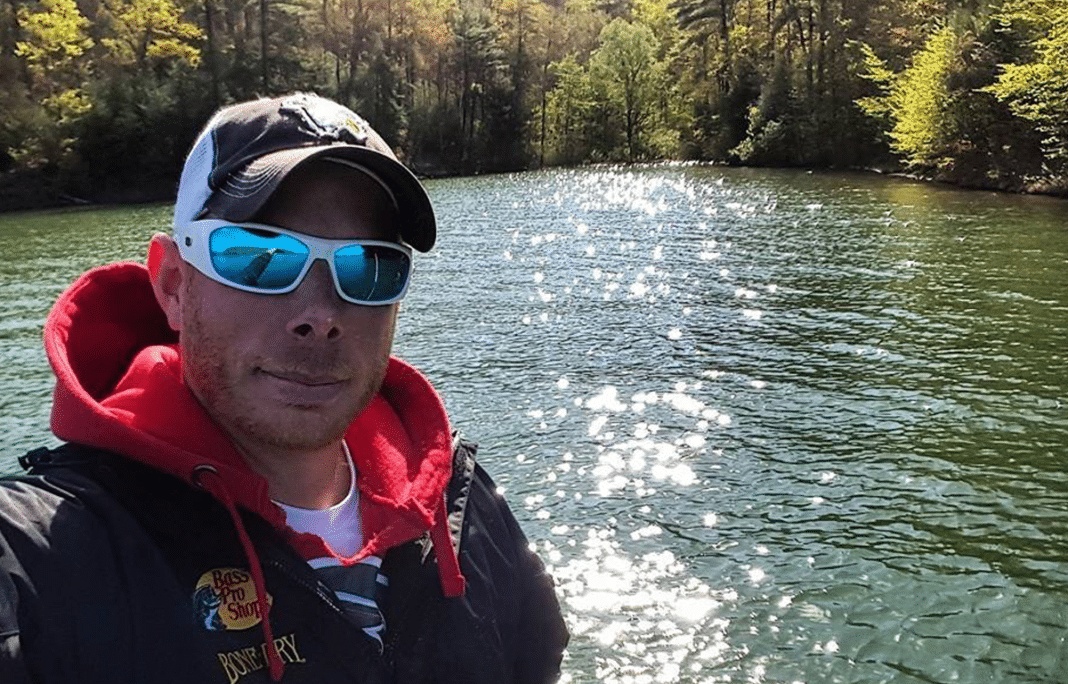 During an evening of fishing on James Creek, Brad Meck, an Everette, Pennsylvania resident, noticed a strange object that looked like it might be a log bobbing. When he got a little closer, he thought it might be a beaver swimming along. 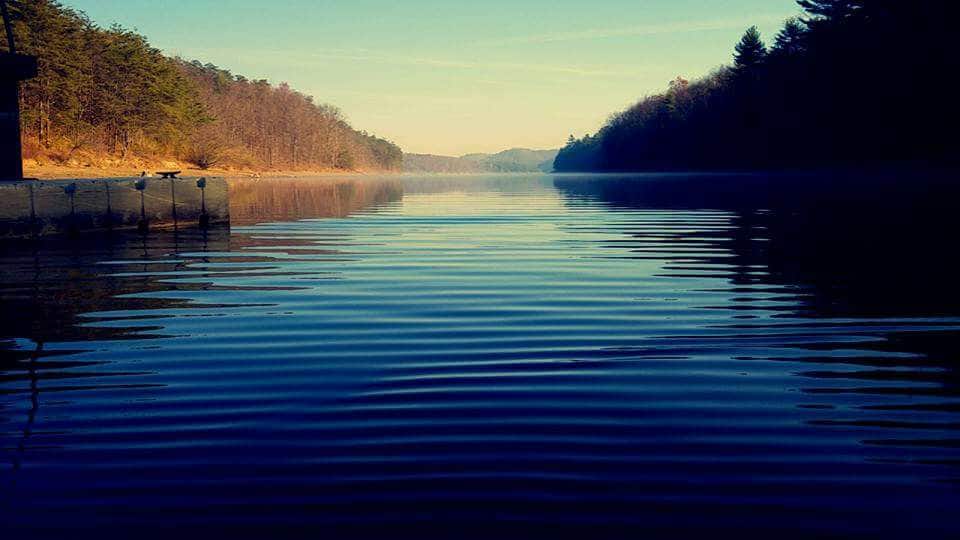 As Meck got closer to the object moving in the water, he was shocked to discover it was a baby bear! Nobody would have known it unless they were right next to it, because all that was visible was the bear’s snout.

The cub was struggling to stay afloat, and when the boat approached, it started to come closer. It was drowning and needed help.

Meck’s instincts to help the bear outweighed his concerns, but then second thoughts crept in:

“Just as I was about to grab it, I thought, ‘Please don’t bite me,” said Meck.

Grabbing the cub by the back of the neck in the scruff area, he raised the bear into the boat, not knowing what to expect. 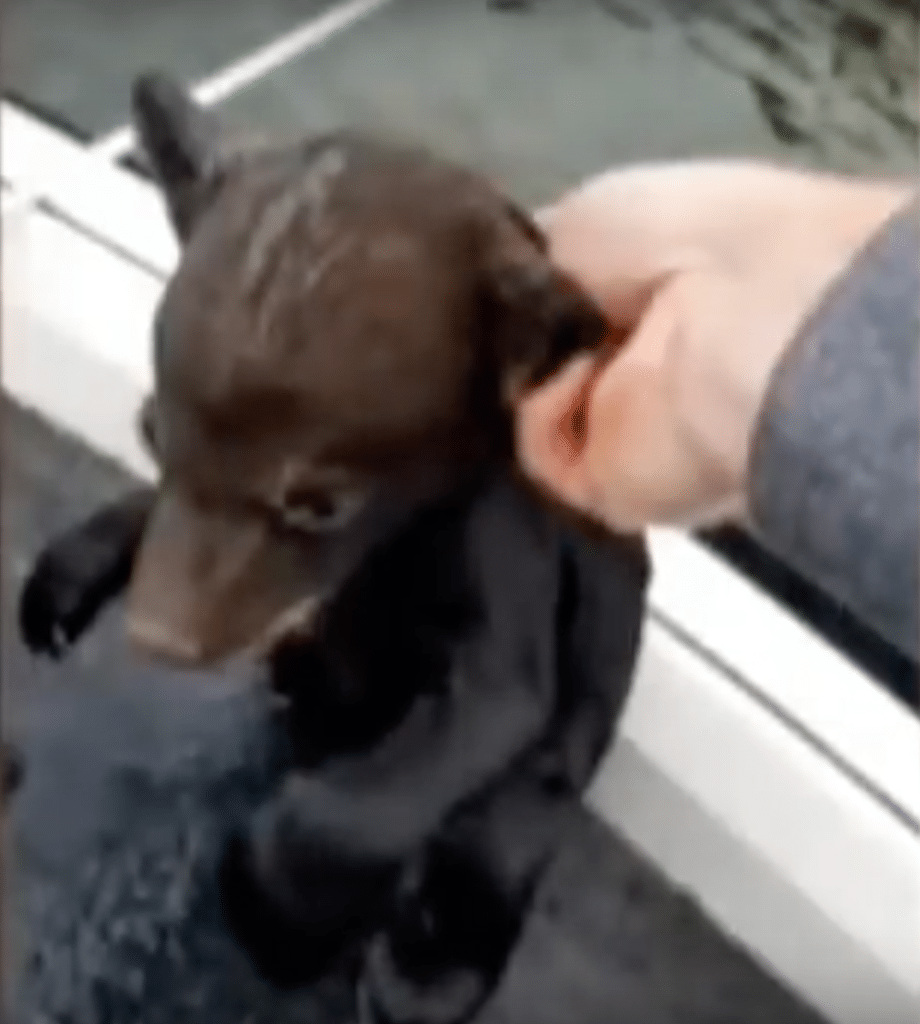 The concerned fisherman brings the baby bear into the boat.

Fortunately, rather than showing any aggression, the baby bear sneezed out water and sat calmly beside his rescuer, happy to just be able to rest, and too exhausted to put up any resistance. 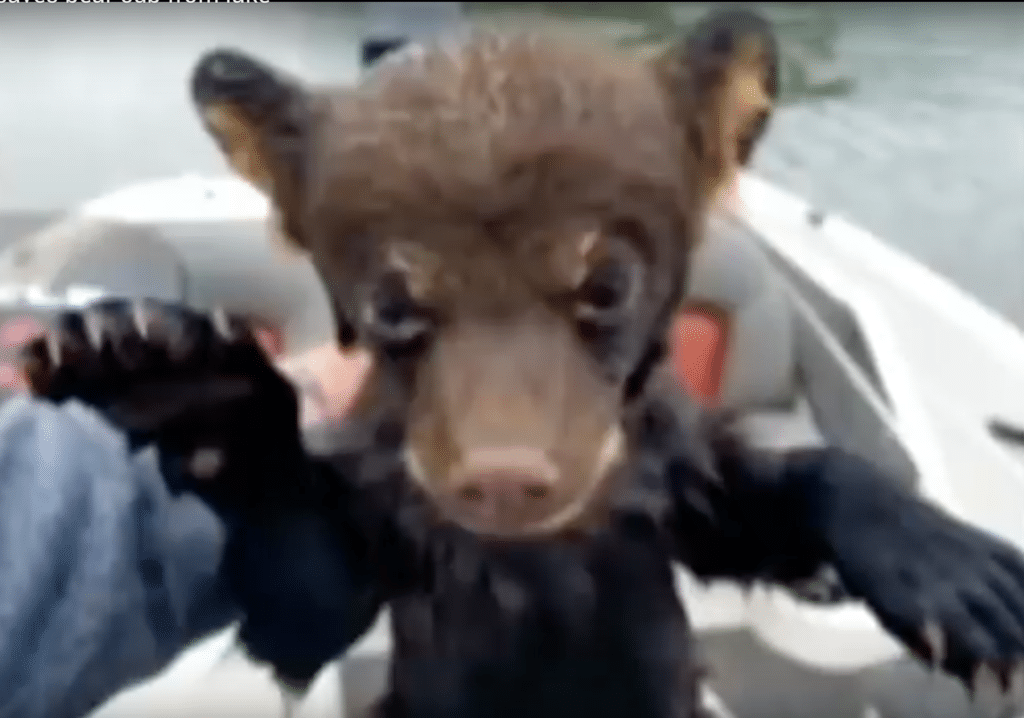 Now that the baby was sitting calmly in the boat, but what should Meck do now? There was no cell phone coverage in the area, so he couldn’t call for help.

He used his instincts again, recalling the direction that the bear cub had been going in the water. Maybe he got separated from his mother as she was making a crossing herself?

Although he didn’t see her anywhere, he decided to take the bear to the shoreline where the cub seemed to be heading.

Once safely ashore, the cub ambled back into the woods, and hopefully, was reunited with his mother soon after.

The state game commission reminded anyone who encounters a wild animal to call them if they encounter a similar situation, but we’re glad the bear was saved in this case, and that Meck didn’t run into Momma bear!