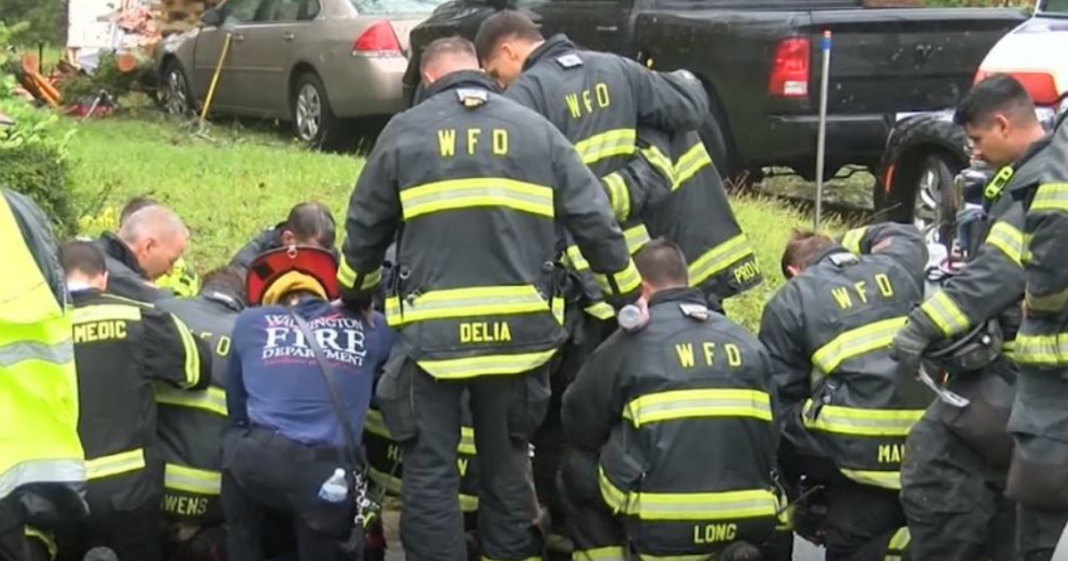 At least five people, including a mother and her infant, have died in North Carolina as Tropical Storm Florence slowly moved from the Tar Heel State into South Carolina, officials said Friday.

The mother and infant were the first confirmed casualties. They were tragically killed after a tree fell on their house in Wilmington, North Carolina. The father was recovered from the home and transported to New Hanover County Regional Medical Center for treatment of unspecified injuries.

Firefighters stopped to pray as they worked at the scene.

POWERFUL: Firefighters stopped to pray as they worked at the scene where a mother and baby were killed after a tree fell on their house in North Carolina during Florence. More: https://bit.ly/2NLs3nL

During a news conference, Wilmington Police Chief Ralph Evangelous said the mother and her approximately 8-month-old infant were killed after a tree fell onto the house, crushing them.

Despite what was described as an “intense” multi-agency rescue effort, the mother and child passed away before they could be removed from the home. Identities have not yet been released.

Wilmington Fire Department Chief Steve Mason said, “the rescue effort was so intense that a FEMA task force that had been pre-deployed to the area assisted with the recovery effort.”

The victims were trapped by both the very large tree and pieces of the roof of the house.

“It was not something you could cut with a chainsaw and remove,” Mason said.

This is so tragic. Our thoughts and prayers are with the family during this difficult time and everyone else who is affected by Florence.