Firemen Get Emergency Call While Buying Groceries, Find Note When They Return 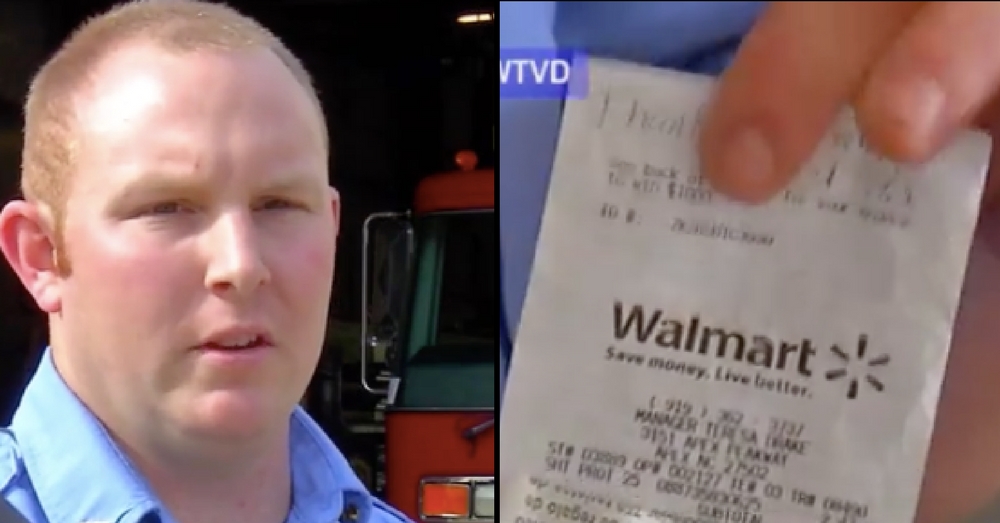 Sometimes it feels like there is so much bad going on in the world that it is easy to lose heart, but it’s stories like this one that restore my faith in humanity and give me hope that there are still good people in this world!

A team of firemen were on a break and decided to stop by the store to pick up some groceries. As they were about to check out, though, they got an emergency call and had to run out. They left their cart of groceries and told the cashier they would be back to pay for them.

The firemen completed their job and then headed back to the store to finish getting their groceries, but when they got there they found something that left them stunned.

The grocery store employees told the firemen that their groceries had been paid for. All they could tell them was that the lady behind them in line had paid for them. On the receipt was a note: “Thanks for all you do.”

The team couldn’t believe their eyes. They wanted to thank the woman for her kindness, but they have no idea who she is. Now they are hoping that their story will reach the woman so she will know how grateful they are and that she is welcome to visit them at the fire station any time.

“We would like to tell her thank you from the bottom of our hearts,” said one of the firemen.

Another one added that the woman’s kind act “Makes me feel like there’s still good people in the world.”

It might just be that this mystery woman wants to remain anonymous, but hopefully she will know how grateful these firemen will always be to her.

Were you touched by what this woman did for these firemen? So share this!