Fireman Confused When Car Screeches Into Station. That’s When He Sees Pregnant Woman 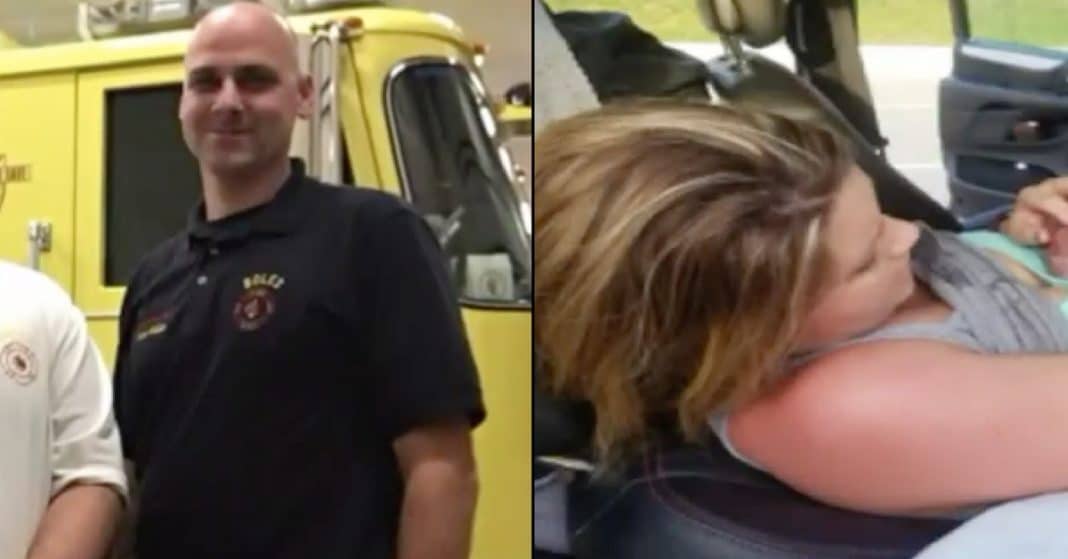 When a new baby comes into the world, it’s an extraordinarily beautiful event. But not all births are straightforward. Some take a few pushes while others take hours, even days.

Bergandi and Zach Mcelwain, a couple from Missouri, were excitedly waiting for their third child to be born. When Bergandi went into labor, she thought she’d have at least a few hours until her baby entered the world – her first two children took between 8 and 12 hours to arrive – but this baby had its own agenda.

An hour after her contractions began, Bergandi and Zach headed to the hospital. But as they were getting on the highway, Bergandi’s water broke.

The couple knew the baby wasn’t going to wait. Zach could already see its head!

“I reached down and I could feel the baby’s head there, and I’m like, ‘We’re not gonna make it, like we’re not,’” Zach said.

Instead of trying to make it to the hospital, Zach sped down the road until he reached a fire station that was just about a mile away.

Zach parked his vehicle and banged on the fire station door. One of his friends was actually working that day and Zach breathlessly filled him in on what was going on.

Thankfully, the folks inside knew exactly what to do. They face emergencies daily, although usually they’re the ones going to meet the people instead of the other way around.

With the help of the firemen and paramedics, Zach helped deliver his son. The umbilical cord was wrapped around the baby’s necks, but the firemen expertly untangled him and he was just fine.

Bergandi said she already knows this precious little one is going to be a handful!

“We think he’s going to be fast and furious and I already have a couple of those at home, so I was planning on this to be my calm and collected and sobering child, but I have a feeling he might not be that,” she joked later.

Both Bergandi and Zach are grateful for the firefighters who helped them that day. Their son is healthy and has a beautiful life ahead of him.

Were you amazed by this little boy’s incredible birth story? So share this!