Firefighters Spot Baby Fox With Jar Stuck On Its Head, Then Realize Wild Animal Is Asking For Help 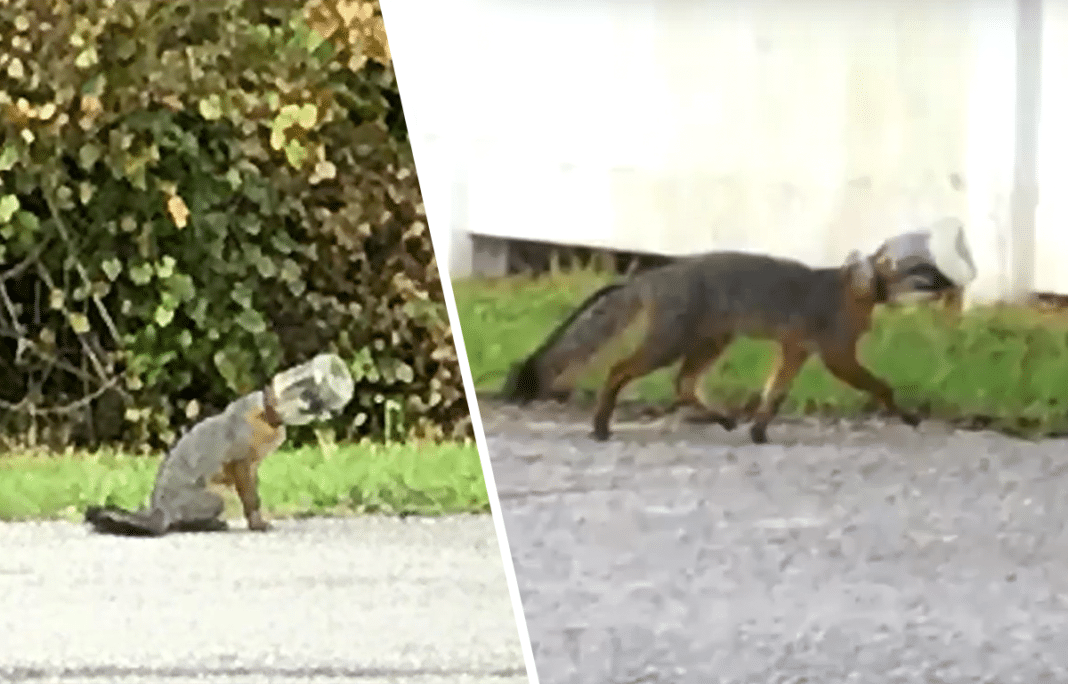 A firefighter from Pasco Fire Rescue in Florida, Joseph Skanks was accustomed to seeing wildlife like foxes in the open field behind the fire station. As the neighborhood had developed over the years, animal sightings were common as they often sought refuge from human encroachment into their usual habitat.

One day, Skanks was shocked to see a very strange animal in plain view: A small grey fox was sitting there with a jar stuck on its head.

PCFR Station 26 in Wesley Chapel saves a fox’s life whose head is stuck in a jar. The full story here: https://t.co/DgrNyQehQy#PascoProud pic.twitter.com/QDt3sCgW3i

By its bold behavior, walking in plain sight repeatedly, it appeared to be sending a clear signal for help. Skanks tried to get closer to the fox, but the young kit ran off into the trees.

Fortunately, he got a second chance when the fox reappeared outside the station, and Skanks called over his fellow firefighters to help.

Even with a team of men, it was no use. The fox scurried away once more.

Just when it seemed there was nothing that could be done, the fox appeared again.

“The guys said they really felt like the fox was trying to get their help,” said Dierdorff.

“The way the fox would come out and walk around the back of the bay and the dumpster, putting himself on show, as if to say, ‘Hey, I’m in trouble.’”

This time, they called in the experts at Owl’s Nest Sanctuary for Wildlife, and the 3rd try was the charm.

They were able to safely trap the fox. Rescuers say they think the poor fox survived for a week with the jar stuck on its head. They would dub her “Miracle.” 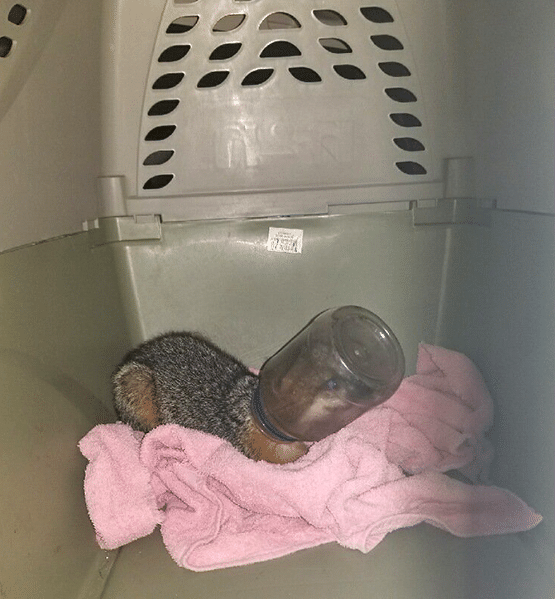 Miracle is captured just in time.

“I just couldn’t stand the thought of this poor creature out there suffering,” said Kelly Thomas from Owl’s Nest Wildlife Sanctuary.

Thomas was extremely relieved when she was finally able to pull the jar from the fox’s head.

Thomas has rescued all kinds of animals encumbered and seriously injured by trash, such as plastic rings, fishing line, and various debris.

We’ve noted a similar story very recently about a rescued deer who looked more like an alien astronaut after it encountered trash in its environment.

If everyone would do a little bit to clean up, it would do wonders for the environment and save wildlife from agonizing deaths.

As for our lucky fox, Miracle was fed, rehydrated, and then released back to her waiting mother behind the station.

All of the efforts were worth it:

“Every life is valuable to us, and we’re going to do whatever we can to save any life whether it be a person or an animal,” Dierdorff explained.

It was a job well-done by the Pasco Fire Rescue and Owl’s Nest Sanctuary for Wildlife. 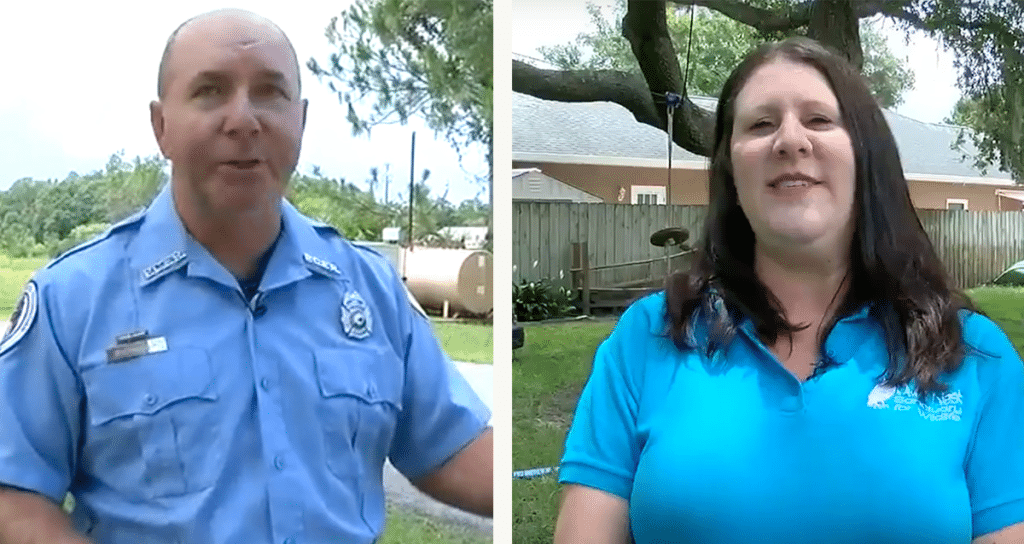 See the moment the adorable fox become free of the jar in the video from ABC Action News below: