Firefighters Rush To Put Out Blaze, Then See Dog Run Out With Something In Her Mouth 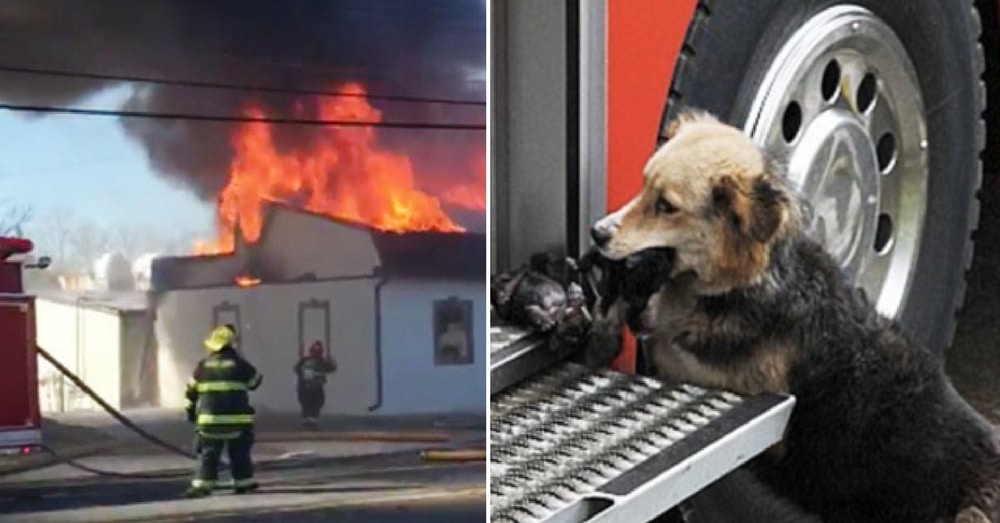 A mother’s love truly knows no bounds and she will do whatever it takes – even if that means putting her own life in danger – to make sure her children are okay.

This is true in both the human and the animals kingdoms, and never was that shown more clearly than during a recent house fire in Chile.

Firefighters rushed to the scene when a home caught fire in Santa Rosa de Temuco, Chile. They quickly worked to extinguish the flames and make sure the family who lived there was safe.

As the firefighters walked back to their truck, they saw something that left them stunned.

The family’s dog, Amanda, had given birth to puppies just 10 days before. In the midst of the blaze, she had to make sure all of her puppies were safe. 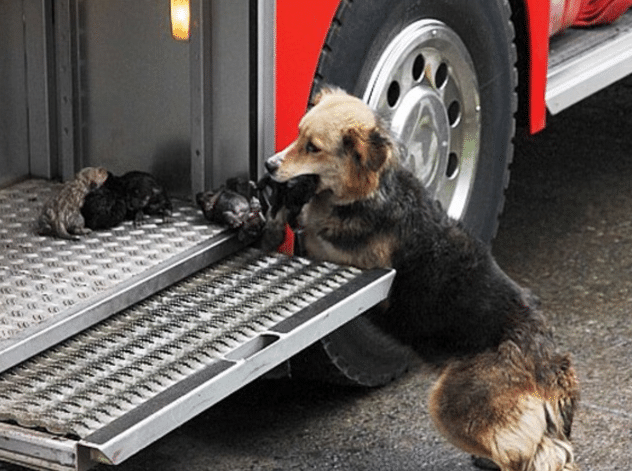 As they stood there, Amanda went back and forth from the house to the firetruck, which she had marked as a safe place for her puppies. 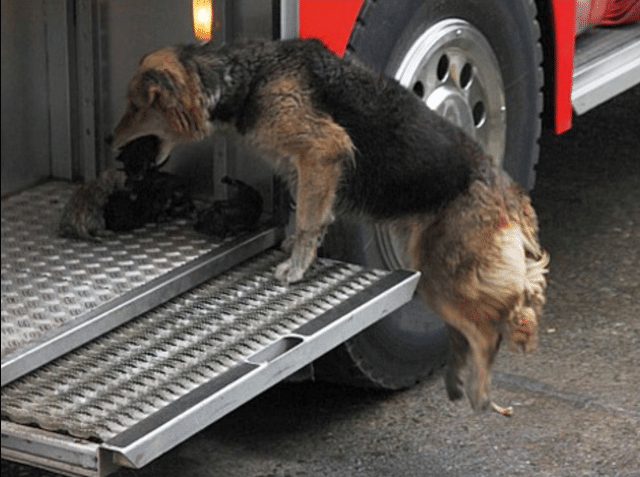 The protective momma made several trips from the house to the truck until she was sure all of her babies were safe! Once they were all out she lay close to them, guarding them against any other dangers. 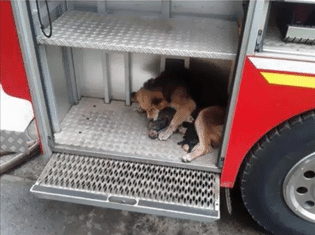 Veterinarians were quickly called to the scene. Thankfully, except for one puppy who is being treated for severe burns, all the rest of the puppies were safe.

All thanks to a momma dog who wasn’t going to leave her babies to die. What a great mom!

Were you amazed by what this mother dog did for her puppies? So share this!