Firefighters Rush To Put Out Blaze, Then Frantic Neighbor Says There Are Puppies Inside 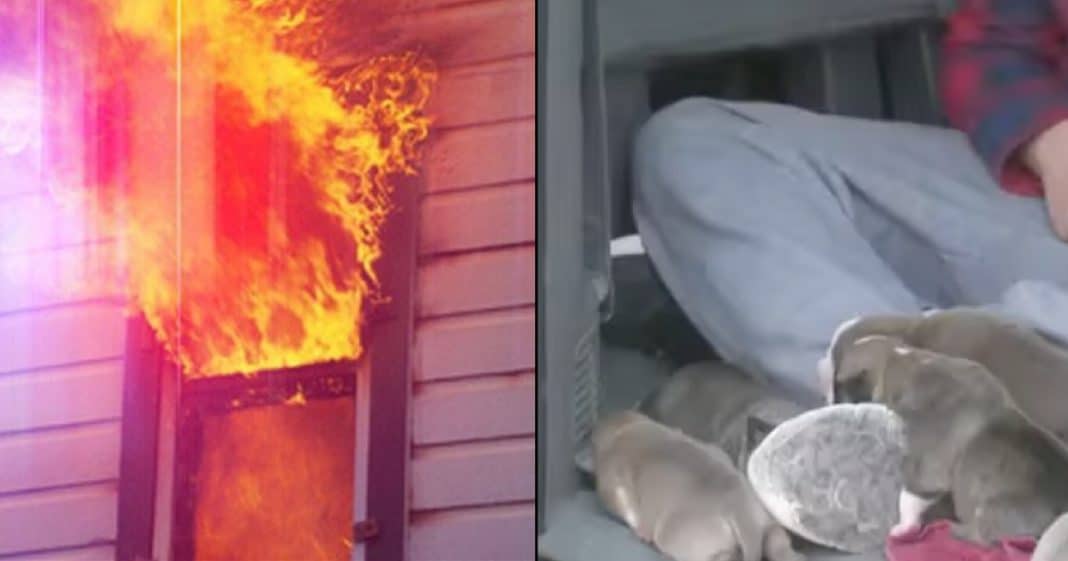 My mother always told me that my parents could buy another bike or another toy but they could never buy another me. She’d remind me of this often when explaining why I should never run after a ball that goes into the street or take unnecessary risks over objects that could be replaced. The same could be said for animals. Each one is uniquely created, never to be duplicated in the exact same way.

One disaster-almost-turned-tragedy threatened the lives of six puppies and their mother when a fire broke out at a home in Commerce City, Colorado, while the family was away. While it was a blessing that the family was not in the burning building, the family’s pets were inside and unable to get out, trapped like captives in what was soon to be a death chamber for them.

Firefighters arrived on the scene to find the house engulfed in flames. They were working to put it out when a neighbor alerted them that the dogs were inside the home.

They immediately entered the flaming building to find the dogs, but mama dog would not let anyone near her puppies. She believed she was protecting them from harm. It looked like the firefighters were not going to be able to get the dogs out in time.

But then one kind firefighter named Paul earned the mom’s trust and was able to coax her to let him rescue the puppies one by one. Then he came back for her. Amazingly, every single dog was saved from the fiery furnace.

The family returned home and was devastated to find that they had lost their home and all their belongings in the fire, but elated to know that their precious pets were saved. As a display of their great gratitude, the family decided to name one of the puppies Paul after his rescuer.

If you’d like to help this now homeless family replace the items that were lost in the fire, please click here.

Were you happy to see this mama dog and her six puppies rescued from the raging fire? So share this!