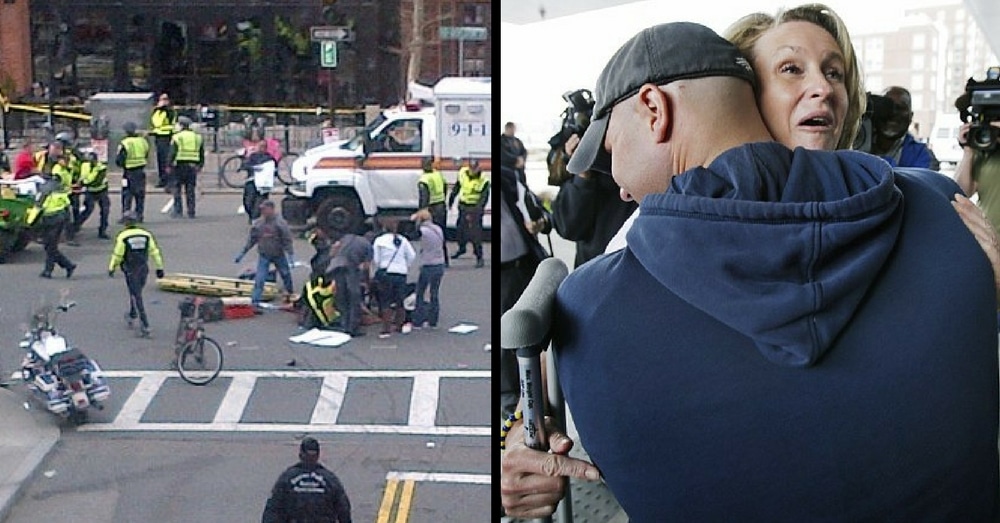 Amid the tragedy and horror of April 15, 2013, Boston Marathon bombing survivor Roseann Sdoia met the man who is now her fiancé – because he helped save her life.

Sdoia, who lost her leg in the bombing, is engaged to marry firefighter Mike Materia, reported the New York Post.

The 48-year-old was standing near the marathon’s finish line when the bombs went off in 2013. Materia rushed to help her, even accompanying Sdoia in a police vehicle to Massachusetts General Hospital amid the chaos.

“I asked him if I was going to die. And he told me that I was going to be okay, that I only had a flesh wound,” she told the Post of that day, noting that Materia came to visit her in intensive care as she recovered.

Even then, Sdoia said that her mother was already trying to set them up. “She was like, ‘Oh, did you see that firefighter? He’s so cute.’ And I was like, ‘Mom, I just got blown up.’ ”

The survivor admitted that she was in so much pain that she was “probably not the nicest” to Materia during that time. “He’s seen me on my worst day,” she said.

Hospital visits soon turned into more, with the happy couple eventually going on their first official date in June 2013. Materia proposed last month in Nantucket, with the help of their pooch, Sal, who was wearing a dog tag with “Mike wants to know . . . If you’ll marry him” engraved.

Read more about this couple’s sweet story and the book they’ve written about how tragedy led to love on People.