They Find Girl Crawling On All Fours, Then Realize She’s Been Raised By Monkeys… 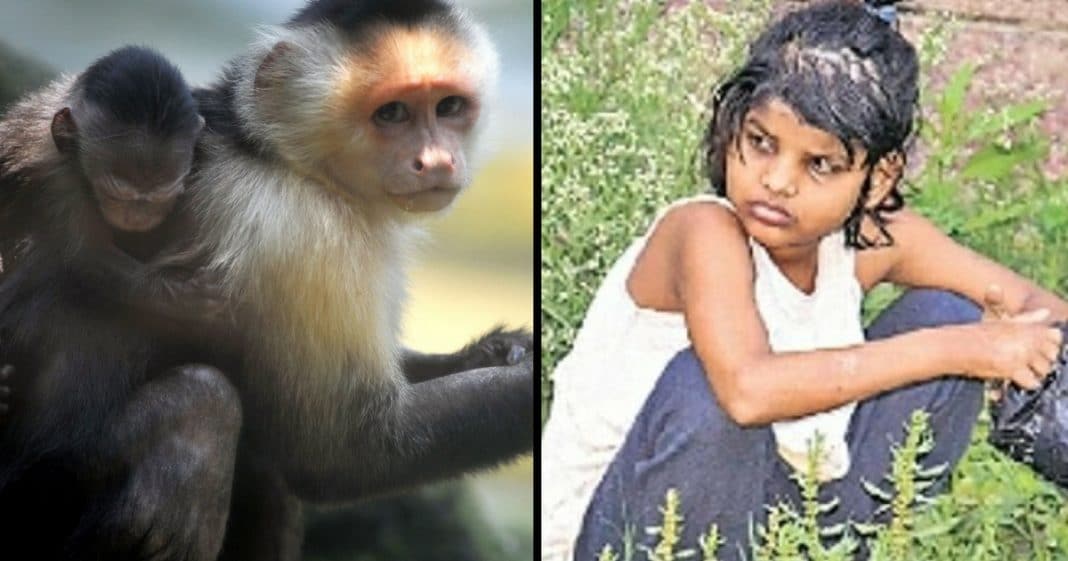 Police on a routine patrol in Uttar Pradesh, India, were stunned when they spotted an 8-year-old sitting playfully among a group of apes at Katarniaghat Wildlife Sanctuary.

When officers approached the little girl, she spoke in screeches like a monkey, walked on all fours, and ate food off the ground. As they got closer, monkeys screamed in protection of the little one. It was clear that she had been living amongst them, perhaps even raised by them since birth.

While it was clear she had an affection for the apes and vice versa, police brought her to a hospital to acclimate her back into society. For the past two months, doctors have been teaching her to behave like a human.

They’ve named her “Mowgli girl” because of her similarities to the famous character from Rudyard Kipling’s The Jungle Book. Police don’t know where the girl comes from or how long she lived in the wild, but she is making progress.

“She doesn’t speak at all, nothing, but she tries by mumbling things we cannot understand. But there’s been a lot of improvement in her since she arrived,” said her doctor, Krishnakant Verma. “Other patients here like her. She is a very nice girl.”

Read more about this girl’s unbelievable story on Little Things.