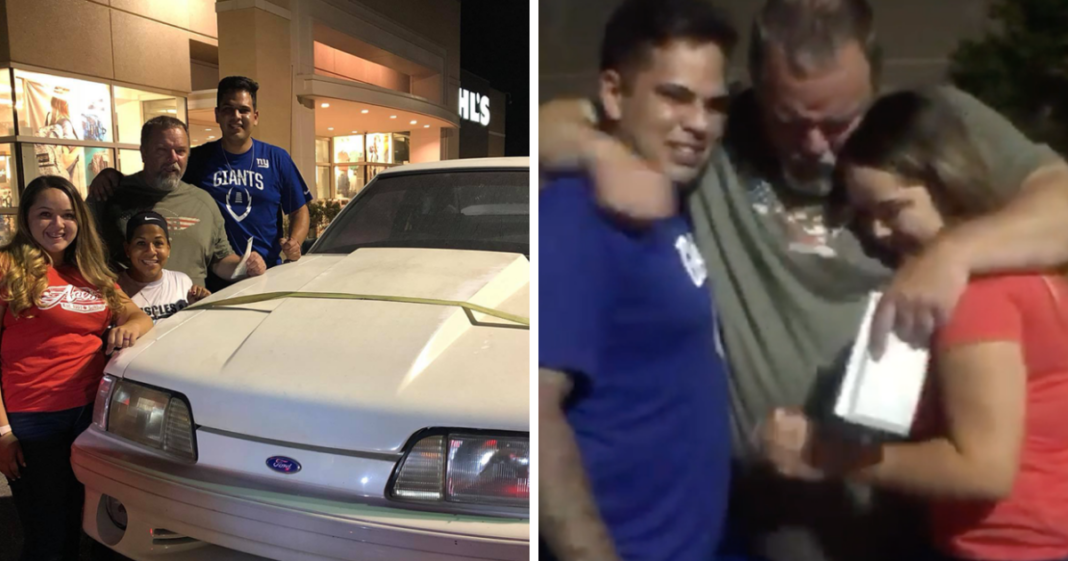 Siblings, Jake, and Jeni Ryan decided to surprise their dad Wesley with a gift one late Saturday night in September. They wanted to show their appreciation for their beloved father, who over a decade ago thought nothing of selling his dream car to help his family.

The San Antonio Texas family were devastated when their mother Laura was diagnosed with ovarian cancer. She would require expensive treatments that the family would be hard-pressed to afford.

To help his family, Wesley didn’t hesitate to sell his 1993 Ford Mustang, which he nicknamed “Christine” after the 1983 movie by Stephen King.

“Medical bills were piling up,” Wesley’s daughter Jeni told CBS News. “My dad without hesitation posted his car for sale and within two days, someone came and got it and that tore my dad into pieces.”

Their mother would receive the treatments she needed and has since been cancer free for thirteen years. But Jake and his sister never forgot their father’s selfless act of selling his beloved car.

They knew it meant so much to him and they loved the car too, having grown up in it. Jake thought that one day, he’d like to call it his own.

“One of the biggest sacrifices I’ve seen him have to make for us, for all of us.”

“I know how much it broke him in half seeing that car drive away from him. A day I’ll never forget,” wrote Jake.

Then, as amazing luck would have it, Jake was able to locate Christine on Craigslist in Kyle, Texas, about 58 miles away. The very same car was being offered for sale over a decade later.

The two siblings knew they had to get it back for their father, and they drove to meet the seller that same day. 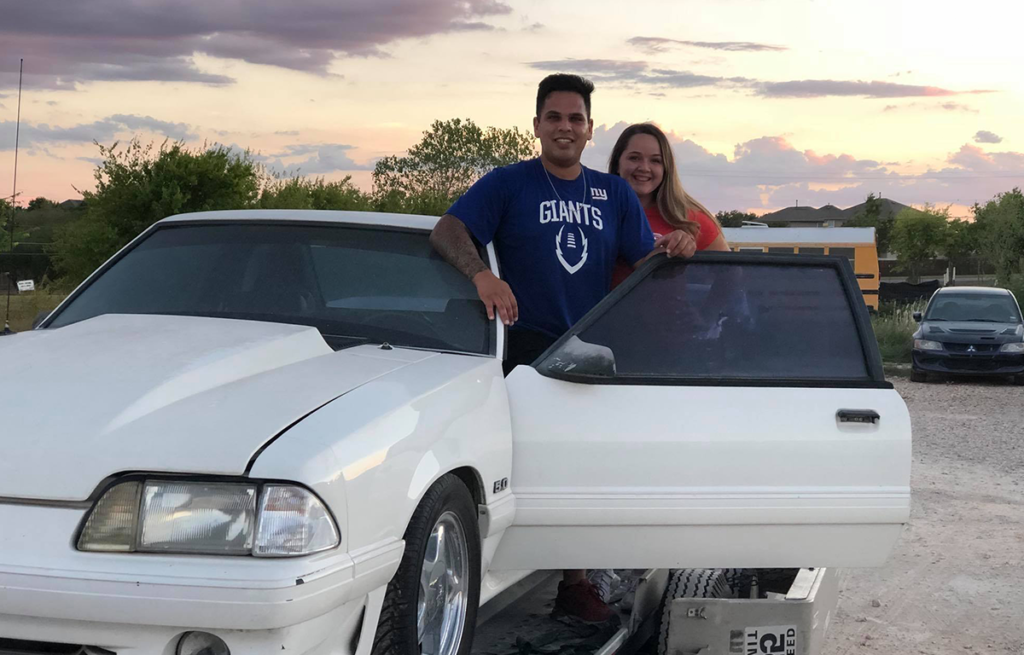 Jake and Jeni take a picture with Christine

Their father’s generosity came full circle later that night, when Jake, Jeni, and Laura planned to give Wesley the surprise of his life.

The tired dad sat on a sidewalk, not knowing what to expect, but then, to his astonishment, he saw Christine arrive right before his eyes. He could hardly believe it, overcome with emotion and sharing embraces with his family as they handed over the keys and registration.

The dad’s heart-warming reaction as the family cries in joy really can’t be described. You just have to see it unfold for yourself in the video below. 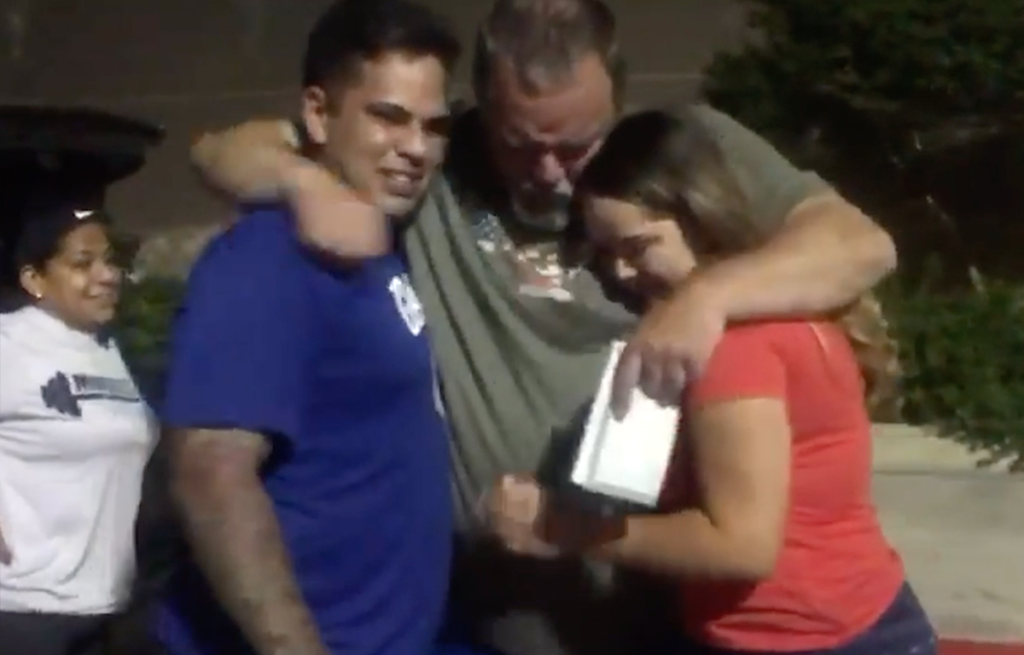 As an astonishing footnote, the family that decided to sell Christine on Craigslist were putting the car on sale to pay for their own mother’s cancer treatments.

Hopefully the car will bring them as much luck as it did for the Ryan family. 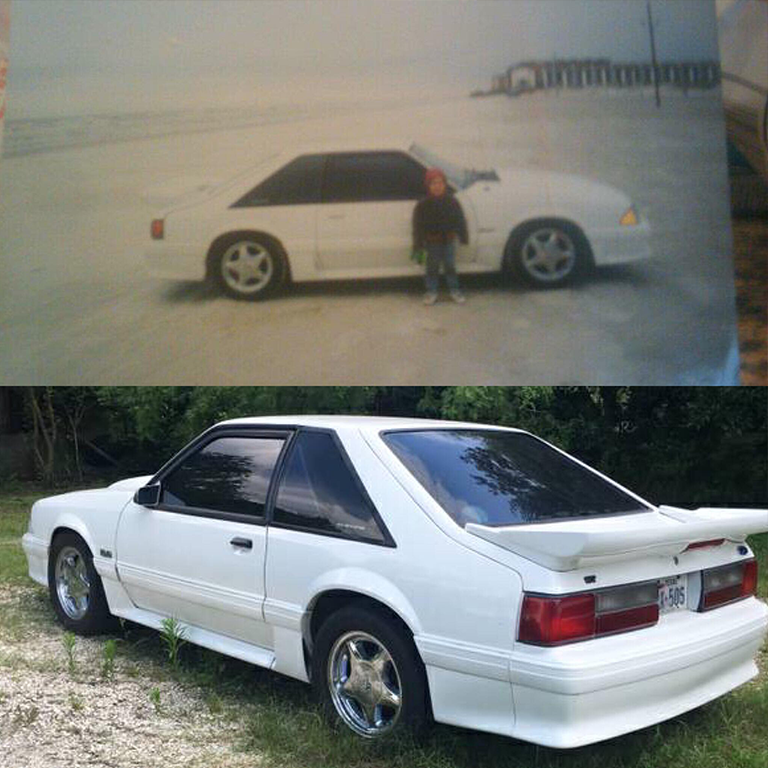 Watch more from NBC News below: