Dentist Notices Dad Never Smiles In Photos, Leaves Him In Tears With A Brand New Smile 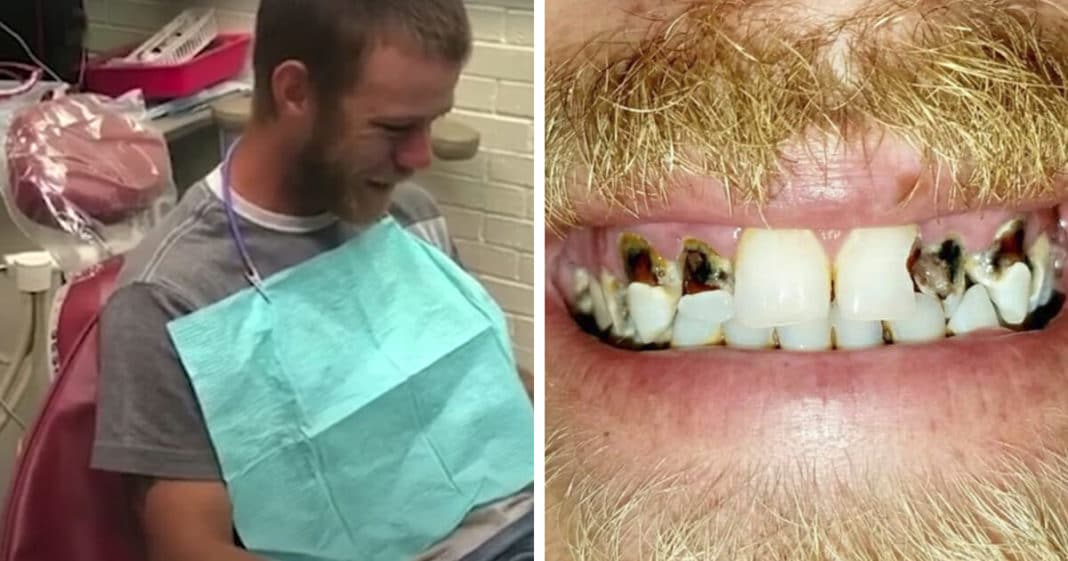 Two kids saw their dad smile for this first time in their lives and were filled with happiness in Marshall, Texas. It was all because of a chance interaction on Facebook.

Their dad, Dillon Moore, never smiled because of some serious issues with his teeth. Many were missing or broken and his receding gums were extreme. Rather than smile, he would cover his face in shame. 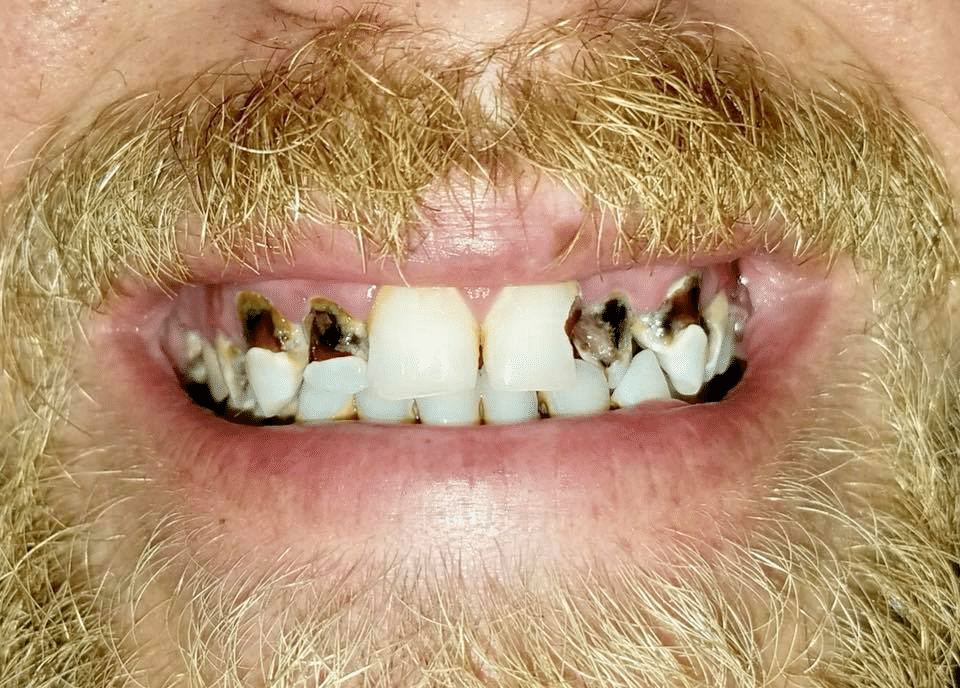 Moore’s teeth before the visit to Dr. Wilstead via Facebook

Then a local dentist, Kenny Wilstead spotted him on Facebook. The dentist owns Marshall Family Dental and enjoys doing “smile makeovers” on people in his community because he knows how much smiling can transform a person’s attitude and even life.

Wilstead noticed that Moore never smiled in any of his pictures – a sure tip-off that told the dentist that he was hiding his teeth. He had seen it countless times over the years.

“I offered my services to fix his smile and he said that he had so many issues and was hopeful to get them fixed but was unable to get off work,” wrote Dr. Wilstead.

An entire year went by, and by that time, Moore’s condition had only gotten worse until he developed a serious toothache. His boss where he works as a tractor operator decided to give him a day off to have the offending back tooth pulled. He sent him to Dr. Wilstead, who remembered Moore from the previous year.

Dr. Wilstead had a surprise in store for the young father. He would pull off a smile makeover without his patient even realizing it. Instead of fixing one tooth, he would get a whole new smile.

Moore sat in the chair for what seemed like forever. He must have wondered why the dentist had numbed his whole mouth just to pull one tooth. Two hours later, he was astonished and overcome with emotion when he looked into the mirror and a full set of gleaming white teeth appeared in his mouth.

As the dentist captured his patient’s priceless reaction on video, he asked for one thing in return.

“You might look good in some family pictures now. Promise me one thing now that I did that,” said Dr. Wilstead.

Moore even offered to friend the dentist on Facebook so he could see all of his smiling pictures from then on. He had seen Dr. Wilstead do the same for others on Facebook and thought “it was awesome,” though he didn’t expect it would be his turn that day.

And here are the smiling photos that Moore shared shortly after that. His kids were thrilled to see their father look so happy for the first time ever. 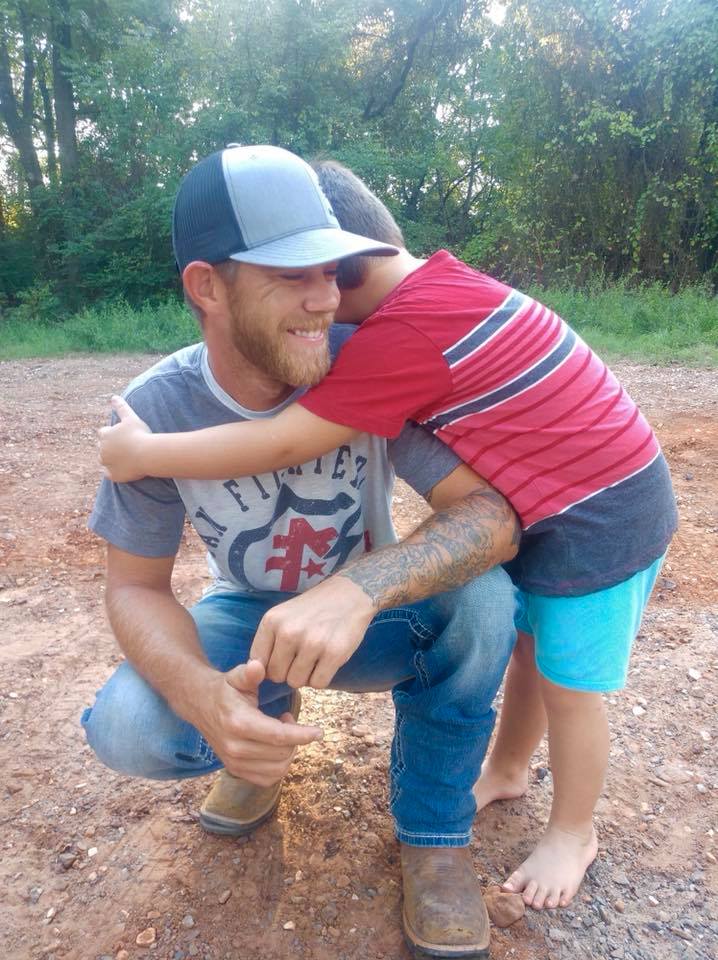 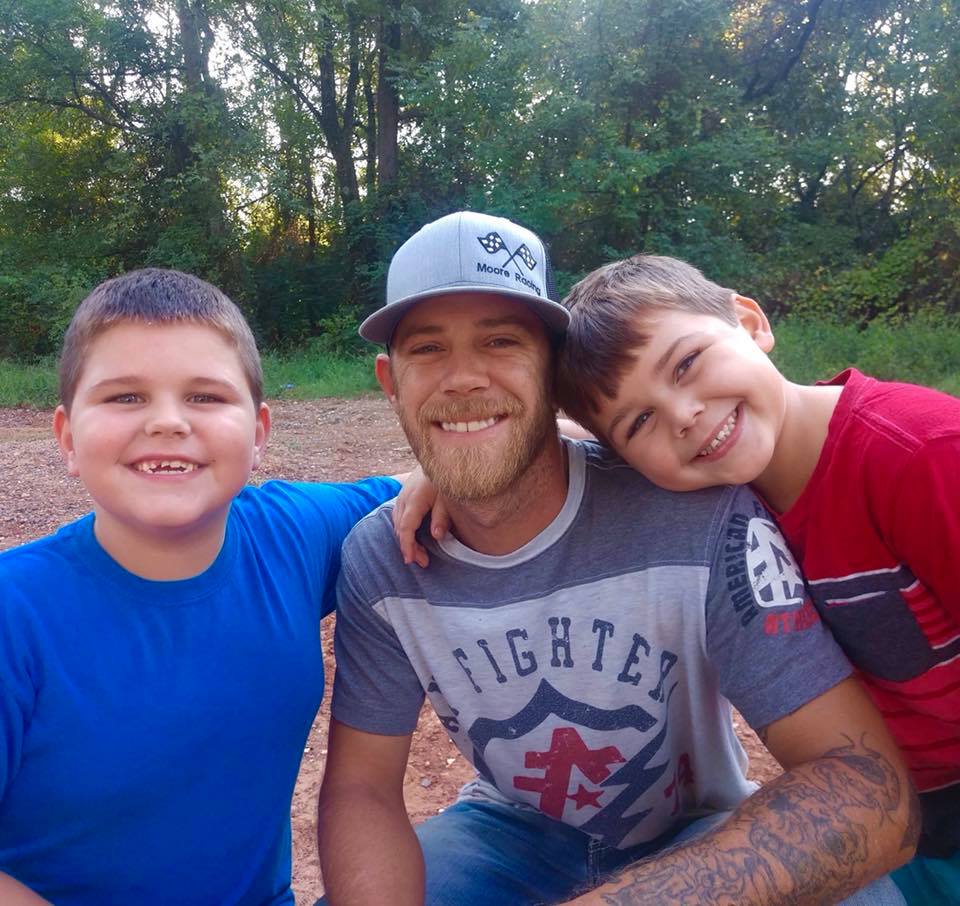 Today was a first….actually pulling off a smile makeover without the patient even knowing….??A year ago, I was…

See the video with captions and narration below:

This dad's teeth were so bad he never smiled. His dentist decided to change this ?❤️