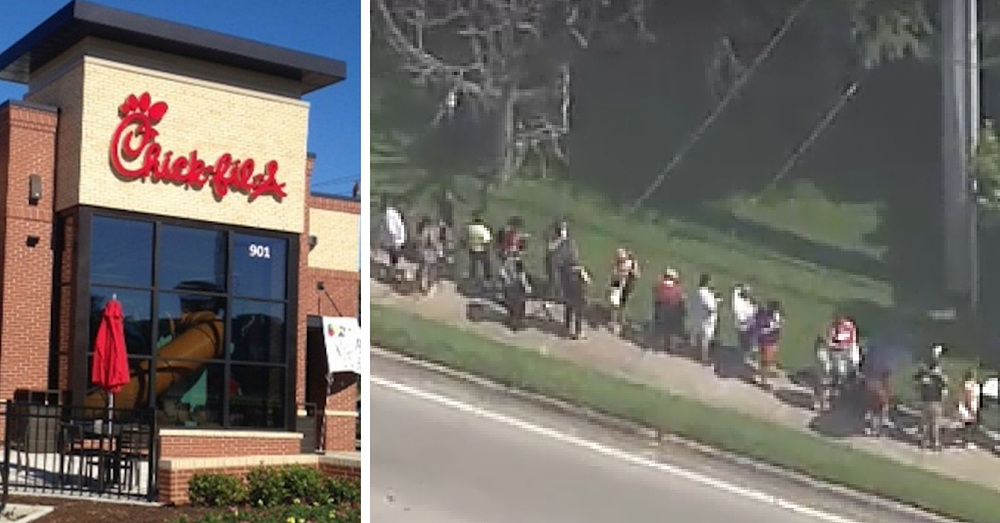 It seems that fast food chain Chick-fil-A is always in the news for something, whether that be angering gay right activists for their stance on marriage or doing something to help busy moms or honor veterans and the military.

Once again Chick-fil-A has done something newsworthy and, while most of the mainstream media outlets seem to be ignoring it, we think it’s worth mentioning.

Chick-fil-A is famous for not opening their doors on Sundays. They want their employees to be able to go to church and spend time with their families. This Sunday, however, was a little different.

Early Sunday morning at the Chick-fil-A location in Orlando at University and Rouse Road, employees fired up the grills to cook up hundreds of their chicken sandwiches and brewed dozens of gallons of sweet tea. Then they took the food and drinks and handed them out for free to the hundreds of people who were standing in line at OneBlood blood bank to donate blood for the victims of the Orlando shooting that took place at gay nightclub Pulse.

In addition, an Orange Park Chick-fil-A is offering coupons for a free frosted lemonade to anyone who donates blood when the OneBlood mobile unit is at their store June 14th.

These moves have surprised many who have been led to believe that Chick-fil-A promotes a message of hate against gay people. While the chain’s founders believe in the sanctity of marriage between one man and one woman, their Christian love for people and their compassion for those who are hurting far outweighs their political stance.

We love hearing stories of the light that still shines in the midst of dark tragedies like the Orlando shooting. Do you? So share this!