Farmer Thinks His Horse Is Dying, But Watch What She Does With Her Legs… 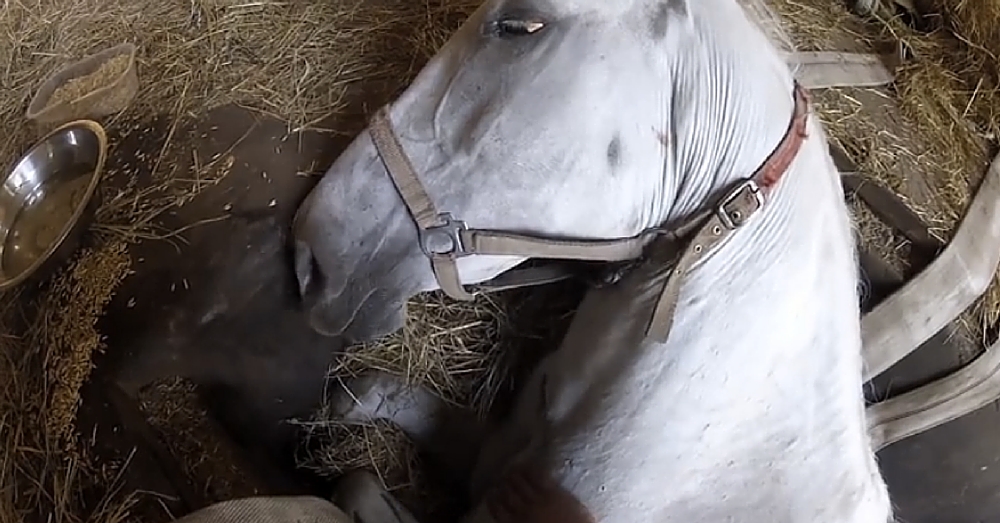 When farmer Marek Slodkowski walked into his barn one day, he saw something he never expected. His horse, ironically named Freedom, had fallen into a maintenance pit and was trapped.

Marek quickly ran to get some hay, thinking that if he put enough under her she would get enough height to be able to push herself out.

Unfortunately that didn’t work, so Market called the fire department, and a whole team of firefighters showed up. They tried using ropes and straps to lift Freedom out of the hole, but that wasn’t working either.

Freedom had been in the pit for hours, and her exhaustion was beginning to show. Marek was sure he was going to lose her. “Don’t die. Don’t die,” he begged as he stroked her neck. “It will be OK.”

After 12 hours with no luck, Marek had resigned himself to the fact that he was going to lose his precious horse.

Then, just as it looked like there was no hope, something amazing happened. In a final struggle for survival, Freedom tried something she hadn’t done yet. She went up on her back legs and began trying to use her front legs to pull herself up.

When the firemen realized what she was trying to do, they rushed to lend a hand. They helped her steady her front feet and then used a rope to pull her up from behind.

Soon the majestic creature was free! Without a second thought to the hours of staining and exhaustion she had faced in the pit, Freedom trotted out to her pasture, happy to be free to roam once again.

Were you happy to see Freedom finally free? So share this!