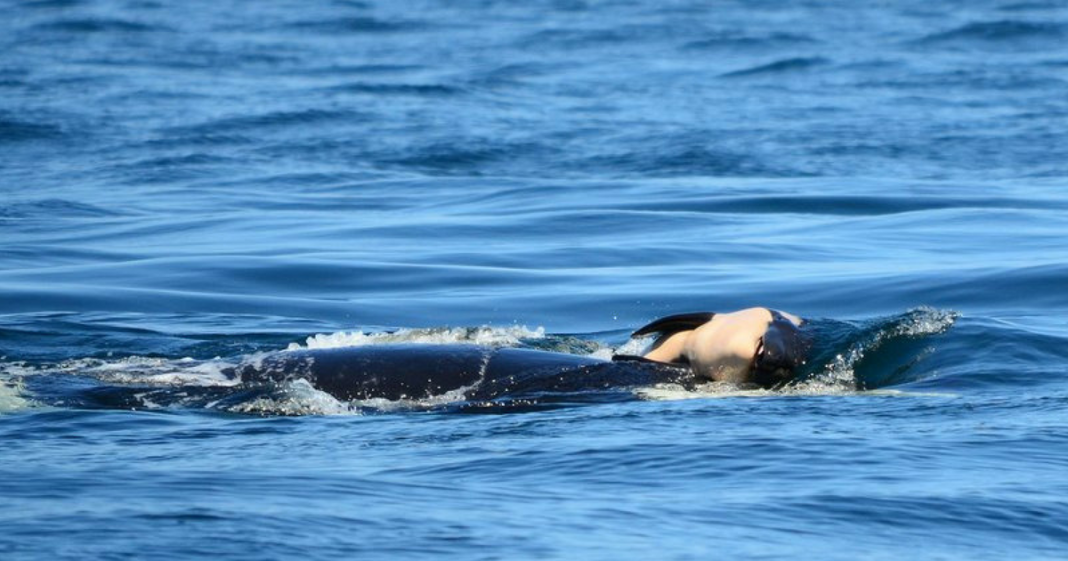 According to the Center For Whale Research, the Southern resident killer whale population has seen a decline in births for this specific pod in the last twenty years. About 25% of newborn whales have successfully been born and survived during this time frame. Why is this important you might wonder?

Animal lovers and supporters alike have taken note of a mother whale and her pod. They are mourning the loss of her calf who died just 30 minutes after its birth. The CBC has reported the pod has participated in the grieving process along with the calf’s mother. They are aiding her by taking turns balancing the dead calf on their noses in the waters near San Juan, Washington.

“We do know her family is sharing the responsibility of caring for this calf, that she’s not always the one carrying it,” Jenny Atkinson, director of the Whale Museum on San Juan Island, told CBC’s As It Happens.

This story is breaking my heart for this mother… for those of you who haven’t been watching, this orca whale has been…

Though sad, experts say this is good news. The bereaved mother, known as J-35, has continued this mourning process for nine days. Researchers worried she’d tire of her time of grief and begin to fall behind her pod.

This could be the orca’s version of a human wake or funeral. “Ceremonies can go on for days to honor and mourn the loss of a loved one,” Atkinson said. “I think that what you’re seeing is the depth of importance of this calf and the grief of the mother and the family.”

Ken Balcomb, the founder of the Center for Whale Research, is still concerned for the mother whale. In his twenty years of studying whales, the length of this mourning ritual is unprecedented. “I’m concerned with potential perinatal issues that have killed other mothers,” Balcomb told the local FOX affiliate.

The newborn killer whale calf died shortly after birth, but days later, its mother was still holding on. https://usat.ly/2v3PJZc

Researchers will keep up with the mother whale and her health. They will follow her and collect fecal samples which will then be tested.

How sad for this mother whale and her family. Hopefully, their population will bring forth more baby orcas who will survive.