Family Hopeless After Blind Dog Missing For 1 Week. Then He Sees ‘Trash Bag’ In Stream… 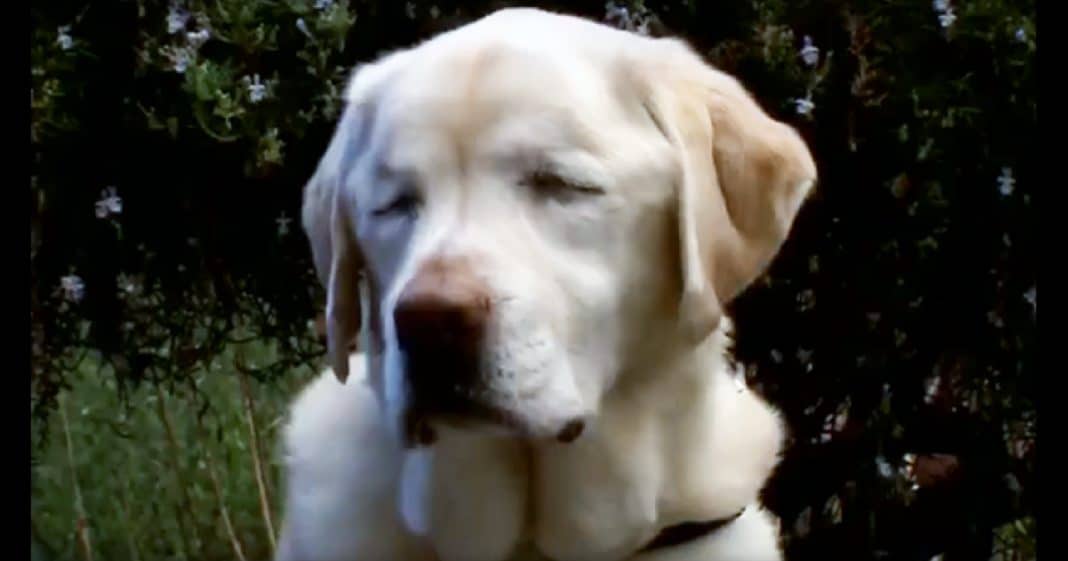 Sage is a 12-year-old Labrador that lives with Beth Cole in Northern California. The beloved dog lost both eyes due to glaucoma and a recent tumor, but she hasn’t let that get her down.

Recently, though, Sage gave Beth a big scare. She thought Sage had come into the house, but about an hour later she realized the dog was gone, lost in the thick woods and steep terrain of the Santa Cruz Mountains.

“It was horrible. We just didn’t know,” Beth said. “You know, it was cold, she’s kind of helpless as far as being able to find her way back on her own.”

Beth searched all over for her beloved dog, but she was nowhere to be found. She turned to social media to see if anyone could help, and eventually even hired a professional dog tracker from Southern California, but as the days went by she began to lose hope.

About a week later, Beth’s neighbor, Dan Estrada, was walking through the woods with a friend when he noticed something laying in a shallow stream.

“I saw what I thought was a trash bag in the stream and as I looked a little bit closer, I could tell it was Sage,” Dan said. “The very moment I saw Sage, my heart fell into my stomach and I was overwhelmed with sadness, because I knew at that point it would be a body recovery.”

Dan, a veteran firefighter and paramedic for the Livermore-Pleasanton Fire Department, rushed over to pick up Sage’s lifeless body from the stream.

Then something happened that caught him completely by surprise.

“As soon as I saw her in the stream, I ran to her, and I just dropped right there in the water, and I wrapped my arms around her and I gave her a big hug and a kiss,” Dan said. “And immediately she held her head up.”

After a week alone in the woods, Sage was alive!

Dan scooped Sage up in his arms and carried her on his shoulders about 100 yards up the canyon.

“If dogs could smile, I think she was smiling at the time,” Dan said. 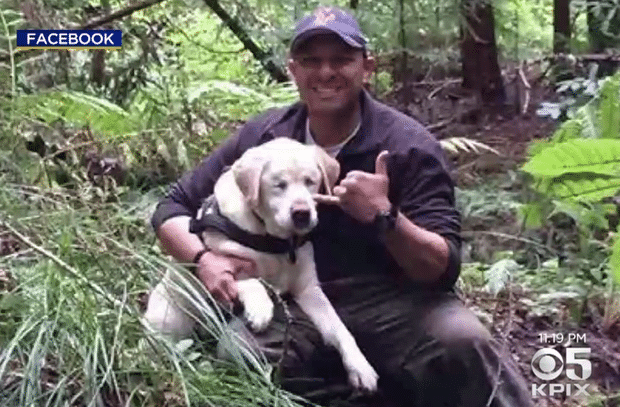 He believes the water from the creek likely saved Sage’s life.

Now Sage is home with Beth and doing just fine, and the two of them are closer than ever.

“I think she just was waiting for us,” Beth said, “and fortunately Dan came along.”

Although Beth offered Dan the $1,000 reward for finding Sage, he turned it down; but he insists he didn’t walk away from the ordeal empty-handed.

“Sage definitely taught me a lesson of hope and a lesson of never to give up,” he said. “I mean, it’s something that we train to do all the time.”

Were you happy to see Sage alive and brought home safely? So share this!