Family Heartbroken After 13-Yr-Old Dies Of Cancer, Then Find Note She Left For Them Behind Mirror 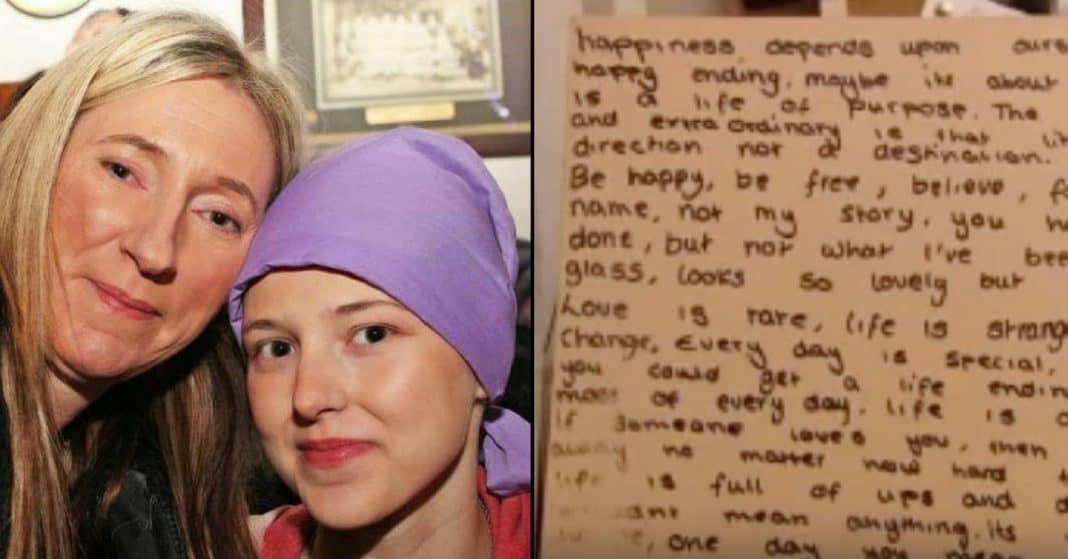 Some children are wise beyond their years. Somehow they seem to know more than can be attributed to their years and life experience.

If you’ve ever had a health scare, you can probably relate to the idea of living your life to the fullest. If you were lucky, your health scare was just that – a scare.  But what if it wasn’t? How would you cope? What advice would you leave for others?

When Athena Orchard was 12-years-old, she collapsed in the kitchen of her home and was rushed to the hospital.

She was later diagnosed with a form of bone cancer called osteosarcoma. Doctors found a tumor on Athena’s spine. It would take seven hours of intensive surgery to remove it, but this was only the start of the brave young woman’s journey.

She endured chemotherapy to destroy cancer found in her head, neck, and shoulder. This warrior child fought hard to beat her disease, but sadly, she would not survive it.

Her family grieved together. Finally, they felt they had the strength to begin going through her things, and that’s when they found something that left them all stunned.

On the back of the mirror hanging on the wall of Athena’s bedroom was a 3,000-word note.

“Happiness depends upon ourselves,” it started. “Maybe it’s not about the happy ending; maybe it’s about the story.”

Athena’s dad, Dean, said Athena had never mentioned the note, “but it’s the kind of thing she’d do. She was a very spiritual person; she’d go on about stuff that I could never understand — she was so clever.”

What a remarkable girl. Even in her weakest, most difficult moments, Athena found the courage to write these precious words her family – and others – will cherish forever.

Were you touched by the note Athena left for her family? So share this!