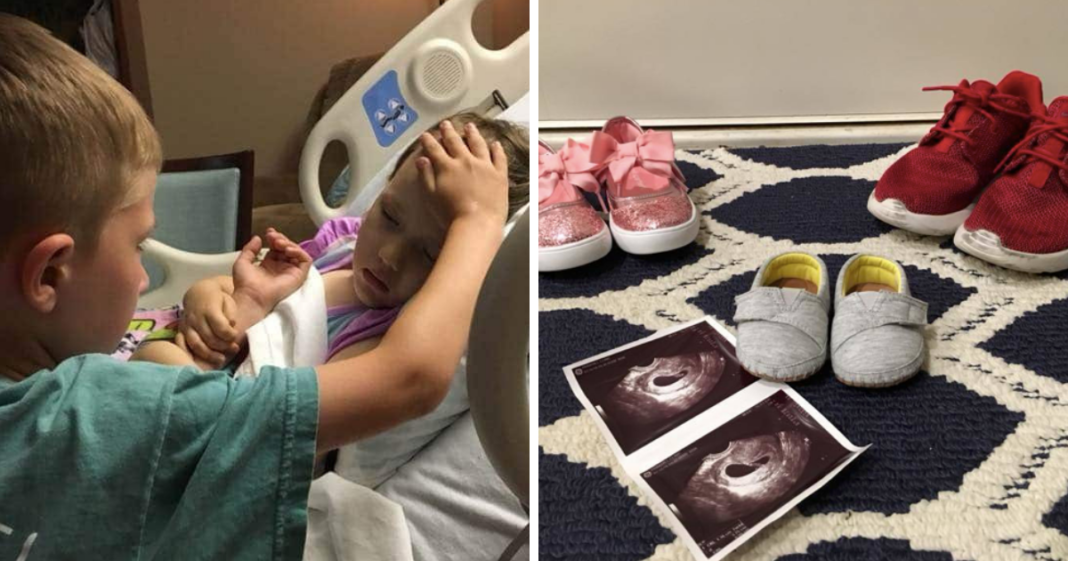 In June, we shared the story of Adalynn Sooter, a 4-year-old girl from Rogers, Arkansas who was comforted by her older brother, Jackson as she lay dying from a tumor.

She bravely fought cancer for 18 months since her diagnosis in November 2016, defying the prognosis from doctors that she would pass away much sooner. Her story touched people all over the nation, as her family came to terms with losing their beloved daughter to diffuse intrinsic pontine glioma (DPIG). 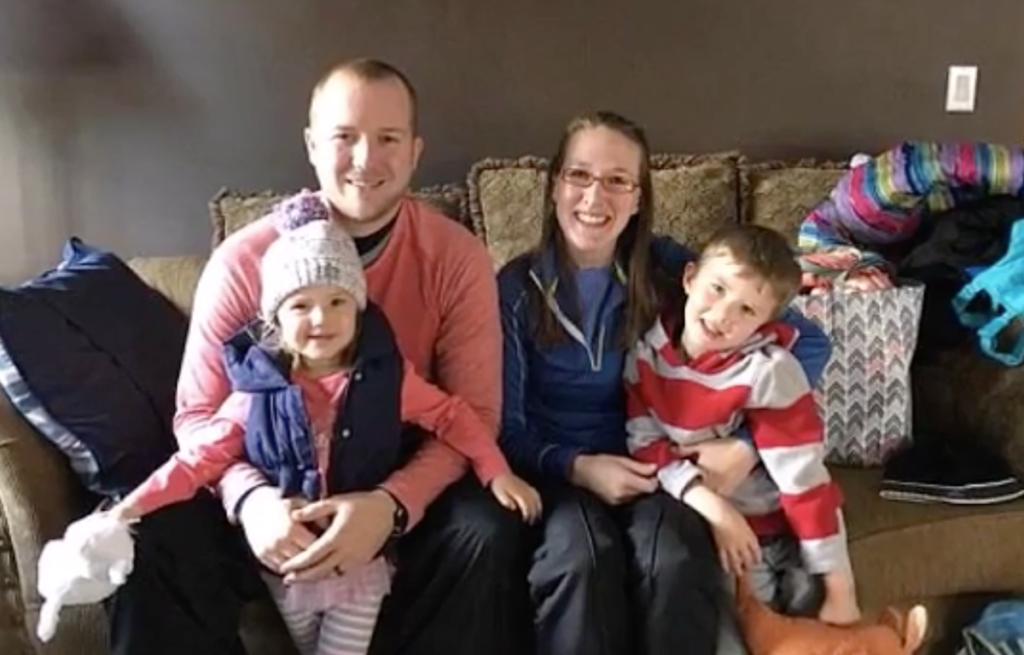 “A little boy should not have to say goodbye to his partner in crime, his playmate, his best friend, his little sister,” wrote Sooter on Facebook.

A little boy should not have to say goodbye to his partner in crime, his play mate, his best friend, his little sister….

Now, three months later as they grieve, Matt Sooter shared some good news: He and his wife Chandra expect to welcome their third child in February. They shared a picture on Facebook of three sets of baby shoes, including Adalynn’s pink sparkly ones with bows and Jackson’s red sneakers. The smallest pair sits atop a sonogram printout.

“Big news from the Sooter family! Baby Sooter will be arriving late February 2019!” 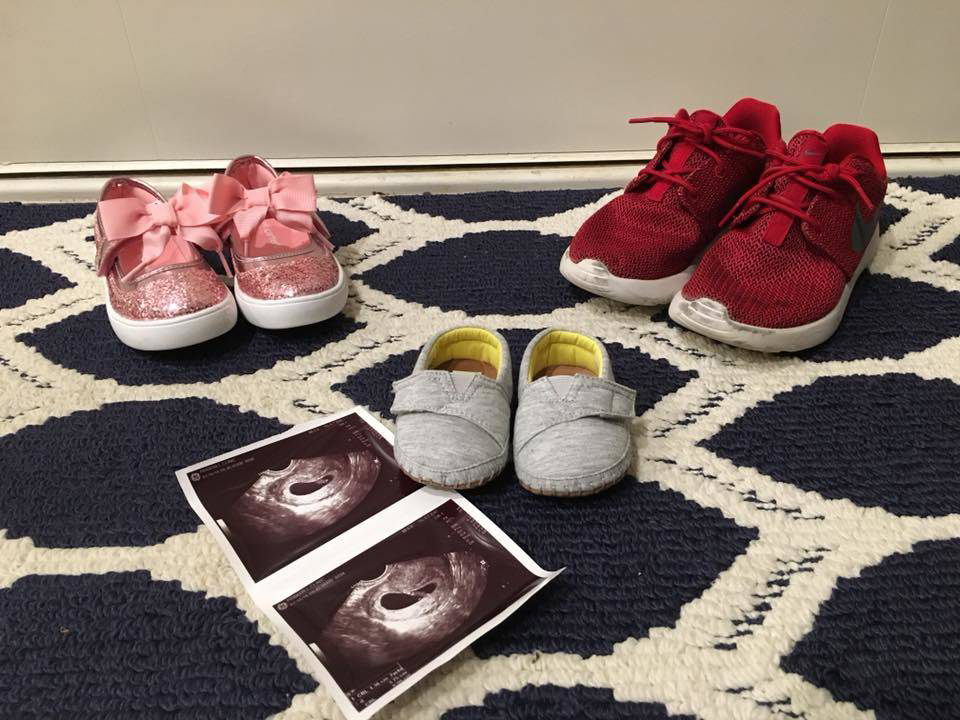 “We are excited, but it’s also difficult to know that this child will never know Addy except by the photos, videos an stories we share,” Matt, 30, said of the pregnancy. “We already had hope that we will get to see Addy again when we get to heaven, but this baby has brought in a breath of fresh air for our family.”

Although the family is sad that Addy won’t get to know the baby in this life, they are excited too and think she would have loved having a little sister.

“She would have been the best big sister!” he said.

“She was so caring and such a big helper any time she around anyone with a baby. It would have been her baby.” 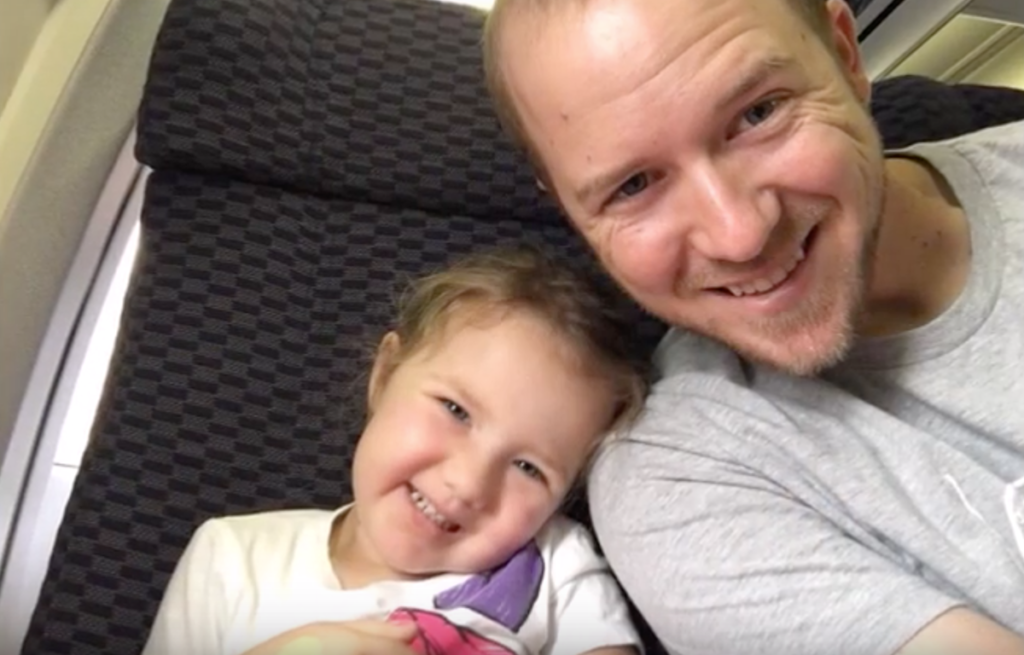 The Sooter family believes they will see Addy in heaven someday and continue to raise awareness to combat childhood cancers like (DPIG).

They’re happy to hear and see Abby’s name mentioned today, a reminder that we remember her life.

See more of Adalynn Sooter and her family in the video below: