Family Gathers For 75th Anniversary. Then Daughter Looks At Mom. What She Sees Makes Her Gasp 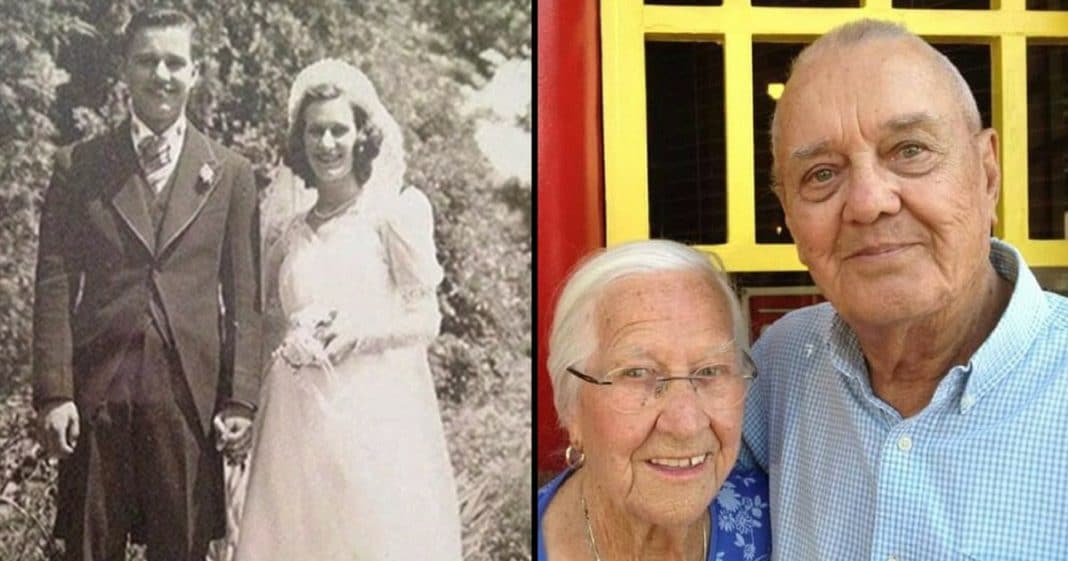 Love is a powerful thing, and never was that more evident than in the story of Jeanette and Alexander Toczko.

The pair met as children and they knew right then and there that they had found their forevers. Their kids say they started dating when they were just 8 years old. Alexander even carried a picture of Jeanette in her Holy Communion outfit in his wallet!

“Their hearts beat as one from as long as I can remember,” their daughter, Aimee Toczko-Cushman, said.

The lovebirds married in 1940 and had a wonderful, long, and happy life together.

In the early 70s, Alexander took up golfing, and he played every day until he fell and broke his hip. After that, his kids say, his health started to decline pretty rapidly.

Aimee says she remembers her parents always talking about how they wanted to die in each other’s arms.

“They wanted to go in their own bed holding hands and in each other’s arms,” she said.

When Alexander’s health began to decline, hospice brought a bed into the couple’s home and set it up right next to Jeanette’s so the couple could be close.

As their 75th anniversary approached, Jeanette kept asking her kids what the date was.

When the big day finally arrived, the family gathered together to celebrate their parents and the remarkable love they had shared over the years.

“[W]e said happy anniversary, and my mother was thrilled to death because it was their anniversary and she knew that he was going and that they had made it to 75 years,” Aimee said.

It was clear that Alexander wasn’t going to last much longer, so the family left the couple alone so they could spend their final moments together.

After Alexander passed, Aimee told her mother the sad news.

“I told my mother he was gone. She hugged him and she said, ‘See this is what you wanted. You died in my arms and I love you. I love you, wait for me, I’ll be there soon,’” Aimee recalled.

Aimee knew her mother wouldn’t want to go on much longer after Alexander died. The next day Jeanette followed her husband.

“Even the hospice nurse said it was the most incredible thing to see the two of them taking those last breaths together,” Aimee said, “They both entered the pearly gates holding hands.”

Though the family is heartbroken to lose Alexander and Jeanette, they know the sweet pair went exactly the way they wanted to. They shared an incredible love for 75 years on the earth, and now it will continue for eternity.

Were you touched by Alexander and Jeanette’s incredible love story? So share this!