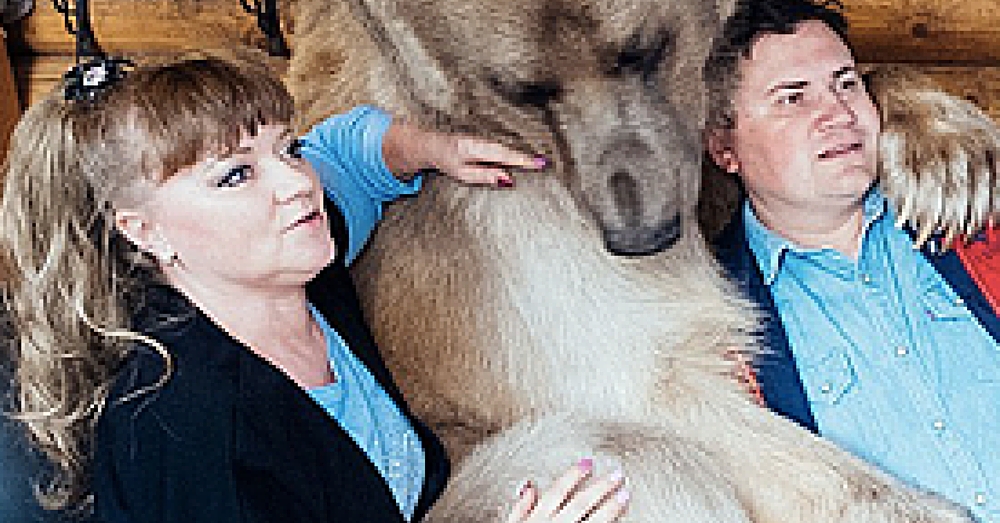 At the age of only 3 months this bear was adopted by a Russian family. Yes, he was actually adopted by Svetlana and Yurly Panteleenko, who decided to do so after the cub was found in bad conditions. You might find it hard to believe, but the Panteleenkos have even let him in their home!

It has been 23 years since they adopted the bear, Stepan, and he is quite the housemate. Stepan likes to help out around the house and really enjoys human interaction.

While most people think their choice of pet is absolutely bizarre, the Panteleenkos think otherwise. They have said that Stepan has never once attacked or bit them and he’s not aggressive in any way.

Now, having this bear is quite challenging because he does have certain needs that must be met, especially regarding food. Stepen eats on average about 25 kg of fish, vegetables, and eggs every single day. But the family loves their bear and has no plans to get rid of him.

Don’t believe it? Check out this video!

Were you shocked to see this family’s pet? So share this!