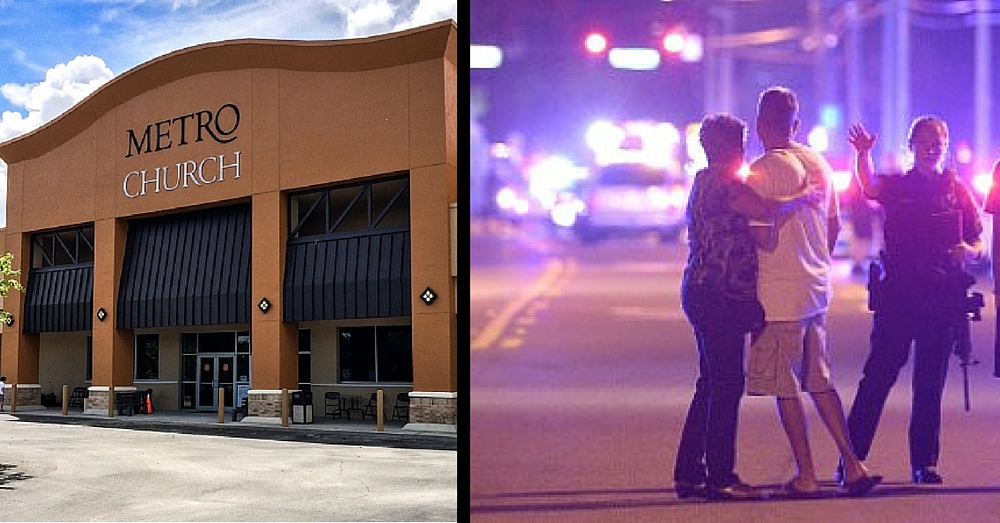 In the wake of the tragic mass shooting in Orlando, four churches have reached out to let the families of the victims know that they are not alone during this difficult time.

“We want do more than just pray for Orlando. We’d like to serve Orlando,” said Pastor Seth Cain of Metro Church. “We have been called to be agents of God’s grace in this community.”

“This was not a part of God’s plan. He did not intend for these things to happen,” Cain said. “So if there’s anything we can do for you to help you through this time, please let us know.”

These churches’ actions have deeply touched many members of their community who are still reeling from this past weekend’s tragic events. Several took to Facebook to thank the churches for showing love and compassion in the midst of this tragedy, especially to a group of people whose lifestyles contradict the teachings of those churches.

“The love of Christ, in action!” wrote Russell Branham. “Thank you for using the tools of love and compassion to battle against the forces of darkness.”

“This is simply awesome,” wrote Shari Hampton. “To know that the church faith that I was born into, some 52 years ago, would make this sort of stand. As an openly gay, ‘back-sliding’ some would say, Adventist…I’m so very grateful for this offer to our LBGT families that are grieving.”

One man named Mike Gonzalez wrote that, “Truly you are a reflection of Christ to the community.”

Are you happy to see these churches reaching out and showing love and compassion to those in their community? So share this!