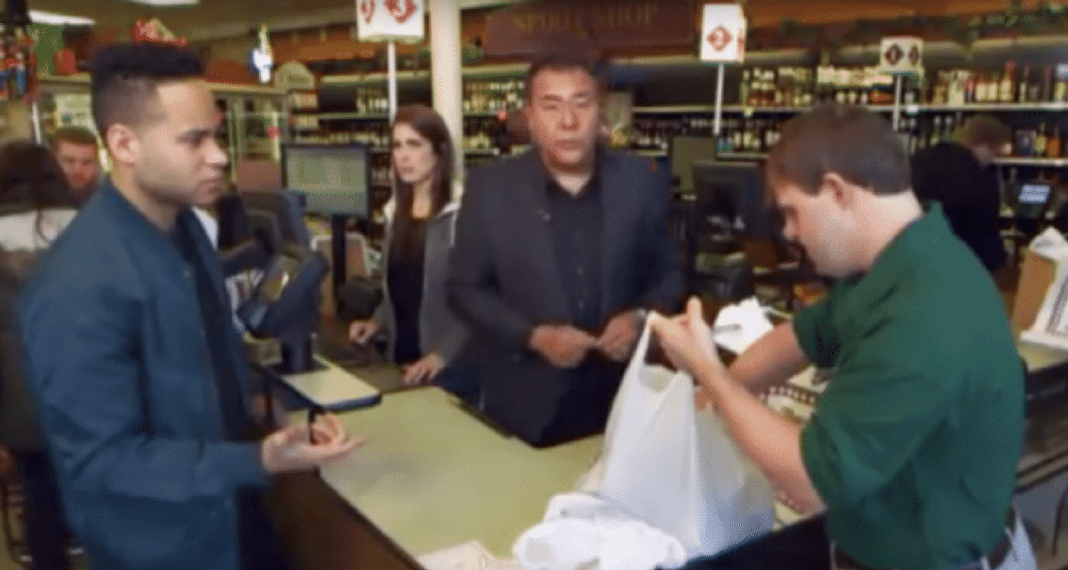 In the fast and busy bustle of our daily lives, the best of us can lose patience when we’re stuck in long lines. However, that’s no excuse for allowing impatience to turn into outright bullying of employees who are just trying their best to do their jobs.

Take this story about a grocery store bagger in New Jersey named Peter. He cheerfully goes about his job bagging groceries, but he isn’t moving as fast as one mean-spirited shopper would like him to. The shopper starts calling out Peter in front of the other customers, mocking him and using obscenities just because Peter has Down syndrome. 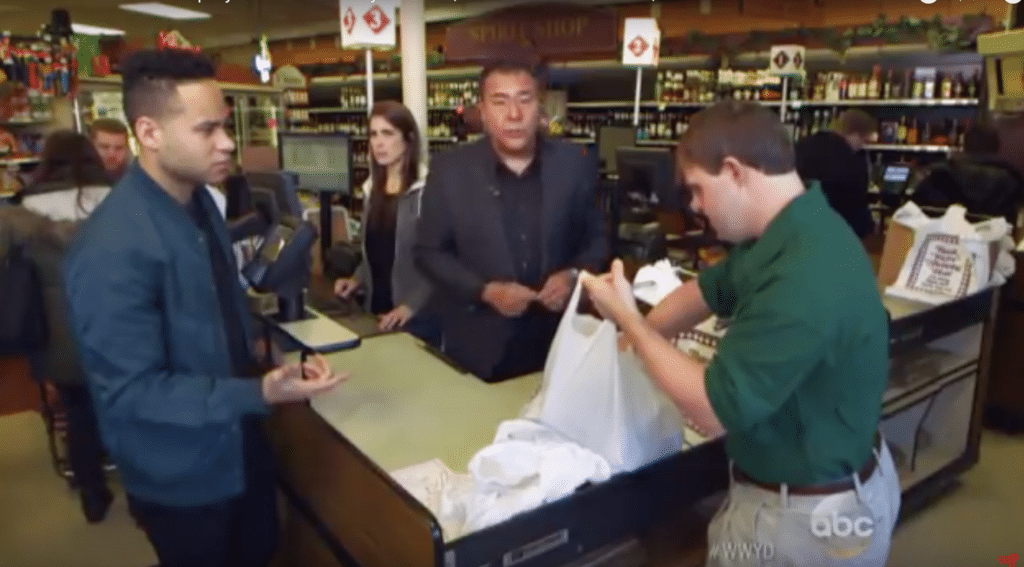 The bully starts being rude to Peter in front of the customers.

What would you do if you witnessed such bullying? Would you quietly watch and let the store employees figure it out, or would you say something? Nobody likes conflict, but we all hope we would do the right thing when we witness events like this.

Sadly, many of use do witness bullying all too often.

In this case, which you’ll see in the video below, just about every single person, both men and women in the line came to Peter’s defense.

“Maybe you should mind your own business,” says the bully to a customer who speaks up.

“That is my business. Anytime I see anybody being discriminated against. You’re mistreating this young man and you ought to cut it out!” responds one woman.

Then it’s revealed: Although the shoppers don’t know it, they are on a TV show called, appropriately, “What Would You Do?” They are being put to the test by actors, including the “bully” and Peter.

Time and time again, we see the unsuspecting shoppers quickly and unequivocally come to Peter’s defense. One caring teacher ends up giving Peter a warm hug.

Two customers come together to point out that the bully is wrong. Two other step up to help Peter bag the groceries, hoping to get the bully out of the store as fast as possible.

“The kid is trying to make a living. He’s trying to get out and do something, and if he’s a little slow, you help the guy,” says one man.

Rather than agree that Peter should go, every single person says it’s the bully who should leave the store. He’s the one that makes them uncomfortable, and they are perfectly willing to show patience and compassion to Peter. 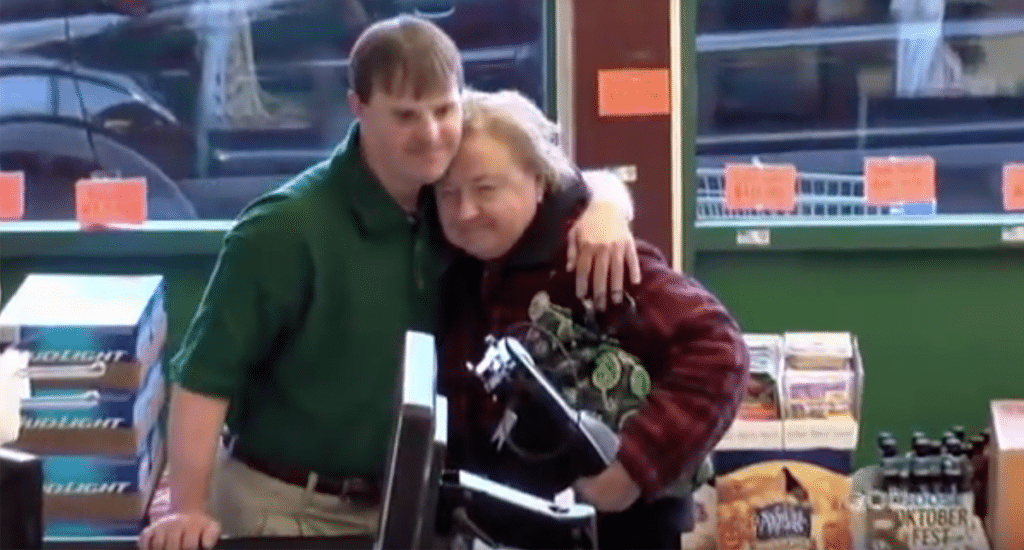 Now, what would happen if the bully happens to be a woman? We find out, as an actress named Michelle steps into the line, and, thankfully, she gets the same immediate response from the customers.

“Honey, I hope you are not in a rush because this is the slow lane,” says Michelle.

She goes on to use the word, “retarded,” which certainly isn’t acceptable to use anymore and is highly offensive to everyone.

A teacher in line immediately points out,

“That isn’t a word that we use anymore in school,” says the woman. “I work as a teacher and I try to be sensitive to someone’s needs. Sometimes we all need to do that,” she points out.

The kind-hearted teacher points out the bad manners on display by Michelle and gives Peter a hug.

Michelle continues to immediately face the criticism of multiple men and women, who can’t believe she’s being so rude.

One woman, in particular, gives Michelle a tongue lashing she won’t soon forget!

In the end, just about everybody does the right thing. When we witness bullying, we shouldn’t stay silent. We all play a part in making the world a more compassionate and loving place. We all lose our patience sometimes, but there’s no excuse to bully others.

See the touching video from What Would You Do? below: