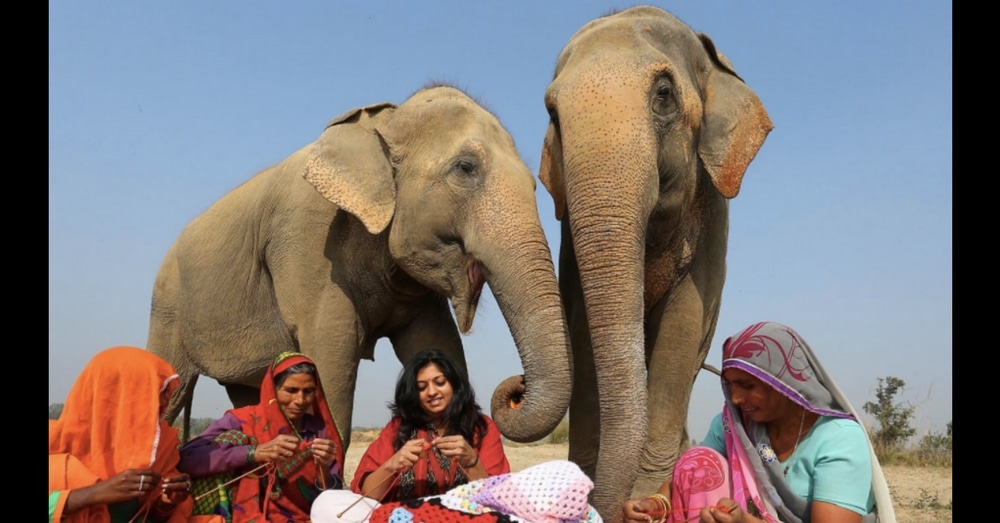 Elephants in India are sporting colourful woollen jumpers after villagers knitted the super-size garments to protect the animals from near-freezing temperatures. 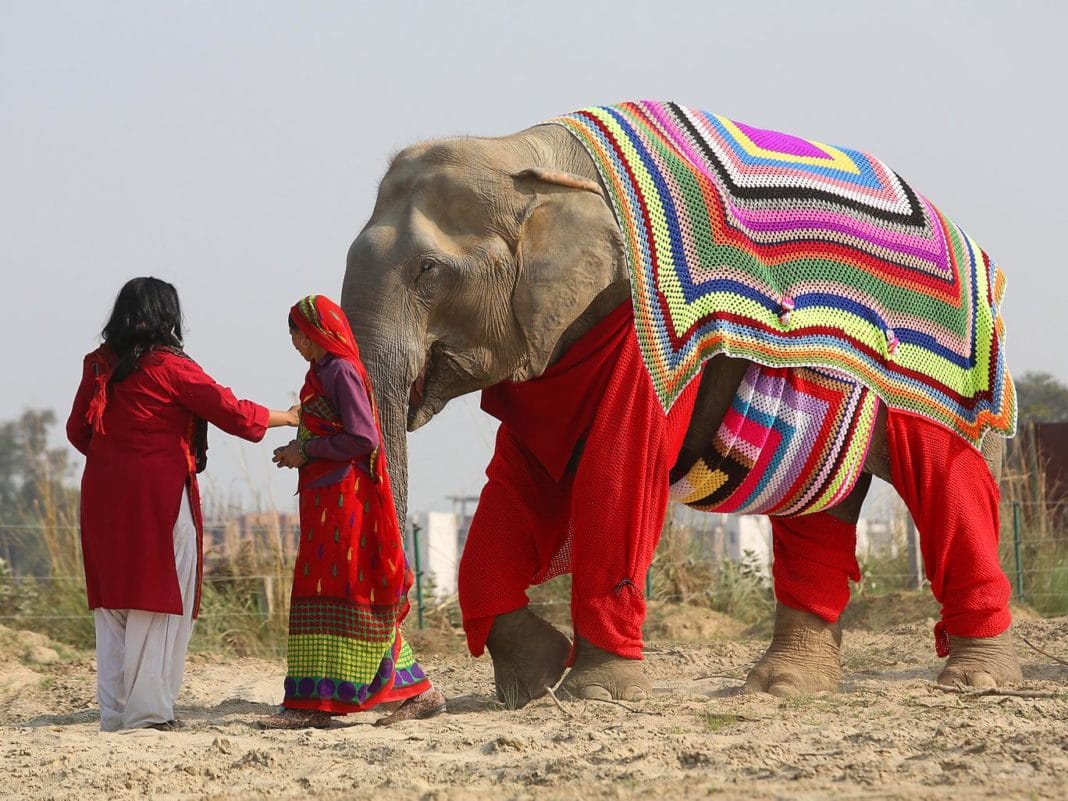 Elephants, many of whom have suffered serious abuse in the past, photographed wearing the knitted multi-coloured, pyjama-like garments knitted by local villagers. Roger Allen

Women in a village near the Wildlife SOS Elephant Conservation and Care Centre in the northern city of Mathura reportedly began producing the colourful, pyjama-like garments after staff at the centre warned temperatures were approaching sub-zero at night. 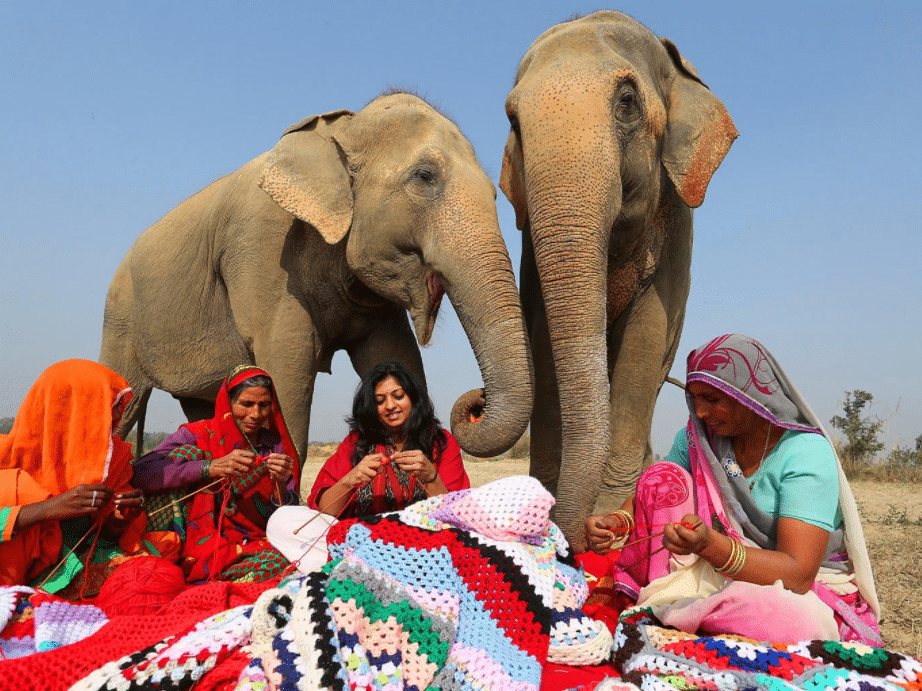 Badly treated rescued elephants at the Wildlife SOS sanctuary outside Agra, India with their newly knitted jumpers are on show for the first time, they are all effected by the cold after their ordeal at the hands of owners. Roger Allen

The conservation centre takes in rescued elephants who have previously suffered chronic neglect and beatings from cruel handlers.

Photographs show female elephants wearing the carefully embroidered outfits, which cover their legs, back and neck, as centre staff and villagers stand among them. 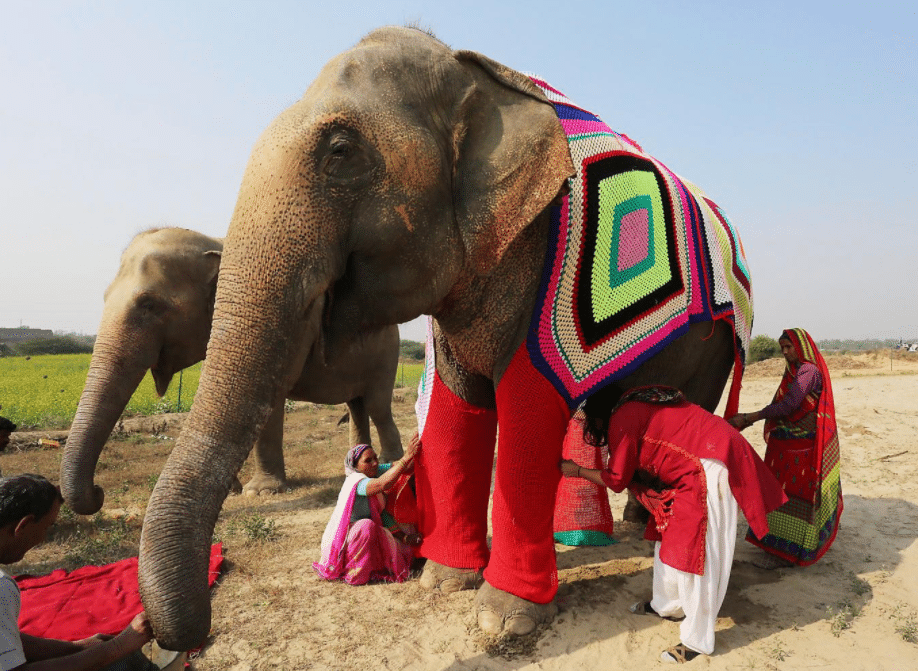 Kartick Satyanarayan, founder of the centre, said it was important to protect the formerly abused elephants from the cold.

“It is important to keep our elephants protected from the bitter cold during this extreme winter, as they are weak and vulnerable having suffered so much abuse making them susceptible to ailments such as pneumonia,” she told the Times of India.

Read about how the centre plans to rescue 50 more elephants in the coming year at Independent.