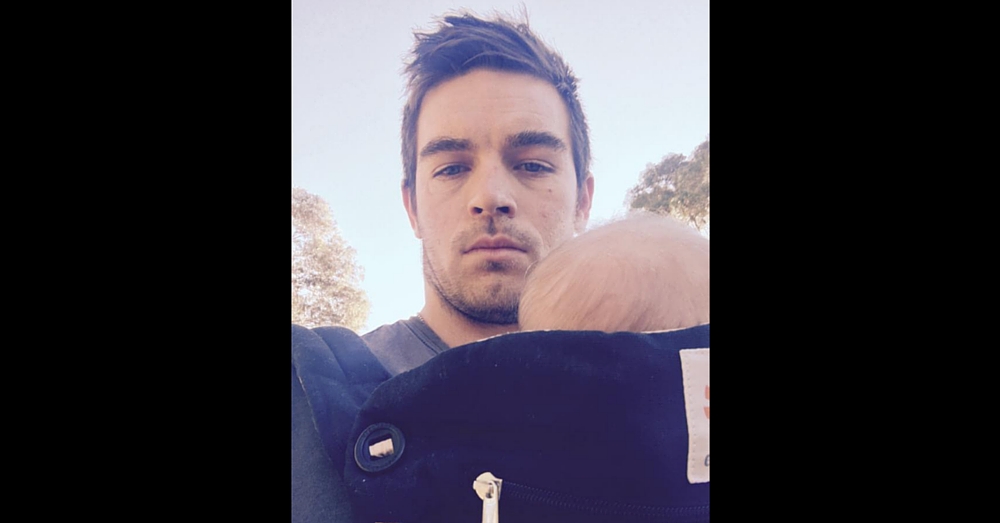 One of the most frustrating questions a stay-at-home mom can get is, “What did you do all day?” I’m sure many moms would love to switch places with their husbands for a day so the dads could see how much work actually goes into raising their children.

Well, one mom got that chance when she unexpectedly had to check herself into the hospital. Her husband’s hilarious post about what it was like to be mom for a day (actually more than a day, as she is still in the hospital) resonated with many and has since gone viral.

“Dads get respite for 40+ hours per week under the socially acceptable provisor ‘supporting the family’ while mum continues doing what women seem to so effortlessly do,” Brad Kearns wrote. After less than 24 hours of trying to do what his wife, Sarah, does, Brad had a new appreciation for moms.

The post, which does include language that may be offensive to some readers, hilariously outlines what it was like caring for his 2-year and 6-week-old sons. “Did you know sleep deprivation is a form of torture???” he asked.

At the end of the post Brad admitted defeat. “That was only 16 hours of being a mum,” he said. “And I failed.”

Moms especially will appreciate what this young dad went through, but you don’t have to be a mom to find the humor in it. You can read his post in its entirety below:

Today I had to be the mum…

Well sit back, relax, grab a drink, some popcorn, clear your schedule and hold onto your bootlaces because I’m about to take you on a ride that could only be likened to a backwards 100mph roller coaster that takes you through waterfalls of vomit, shit and lots of tears. And once you’re finished with yours you will move onto the children’s.

It all started yesterday when I had to rush out of work. Because I’m a dad… And dads get respite for 40+ hours per week under the socially acceptable provisor ‘supporting the family’ while mum continues doing what women seem to so effortlessly do. “My liver has failed” read the text message from Sarah. And that’s when I became the mum. It’s now been 24 hours…

I feel like the Law & Order scene change beat would be appropriate about now.

5:00pm arrival at home – The Eagles Land
5:01pm… Initial scans of the house:
1. Living quarters trashed
2. Rations reduced to tiny teddies, gravy stock, tea bags and a clear lack of defrosted meat
3. Knox (2yo) limited speech ability wants to watch a DVD and communicated this by roaring at me. Finn (6wks) communicates only by way of the hot and cold guessing game, crying for hot and emphatic crying for cold

I put on the dvd which buys me time with Knox. Finn still making his same original request, I don’t seem to be getting any warmer. A bottle reduces him to a mere wimper. I’ll take it.

Who remembers Aristos The Surprise Chef? The bloke that can look at a bare ass pantry consisting of canned food and half rotten vegetables and create a 3 course meal fit for a King…
Well Knox had 2 minute noodles so FUCK YOU ARISTOS!

As the night rolls on and my patience wears thin; I reduce myself to keeping Knox quiet by allowing him to place stickers on my (very hairy) legs. He was being quiet… “It’s okay, I can shave them off in the morning” was the thought. “Just don’t wake Finn”

It’s amazing how babies sleep the way they do. You know what I mean hey… When you change and finish feeding them, and you gently pick him up to burp him, and he burps, and you rub his back to make him comfortable. And his eyelids become heavy, and he breathes heavily through his nose as the comforting warmth becomes too much for him to be able to keep his eyes open. It’s really beautiful… And then you wrap him ever so gently, bring him up to your face and kiss him on his forehead, and sway as you walk into the room, as if you’re doing the slowest no partnered waltz you can do, and you’re wiggling your hips that bit extra because you’re the fucking man because the kid’s asleep, and you gently lay him in his bed, and cover him, and tuck him in, and tap the dummy for whatever the fuck reason we seem to do that shit for. It’s beautiful. It’s such a nice and serene moment you get to share with them…
Right up until the part where he FUCKING SCREAMS FROM THE HIGH HEAVENS… As if I’ve thrown him at a wall by his legs!

So there I was… At 5:30am sitting on the lounge with Finn alert as an 18yr old Mt Druitt chick at Stereosonic… Just sittin… When Knox enters the room and says “Hi”. That’s the moment I realised I would rather be the dad.

So I got the kids ready for the day and planned my attack on the domestic duties. And by that I mean I spent the next 2 hours in the lounge room holding Finn, in a spiral of insomnia induced hallucinations allowing Knox to help himself to an assortment of fruit sticks, K-Time Twists and Sa-Ka-Ta’s until he eventually retreated to his train set. Texting Sarah “really good night babe”…

Then there was a Knock at the door… Have you ever been in a situation where someone walked in on you doing something you shouldn’t be? That’s the feeling I got when I opened the door to my mother in law. So there I was;
Unshaven, hair a mess, wearing the pants and socks from the day before and a hoodie covering up the fact I had no shirt on. Hadn’t showered, not yet brushed my teeth, Knox comes running out in his sleeping bag asking for a new Yoghurt muesli bar to be opened. I open the door to her to reveal the fact that knox’s noodles were still in a bowl on the table, stickers stuck to the goddamn lounge, the house an absolute mess.

Do you have a new appreciation for the roles moms play in our lives? So share this!