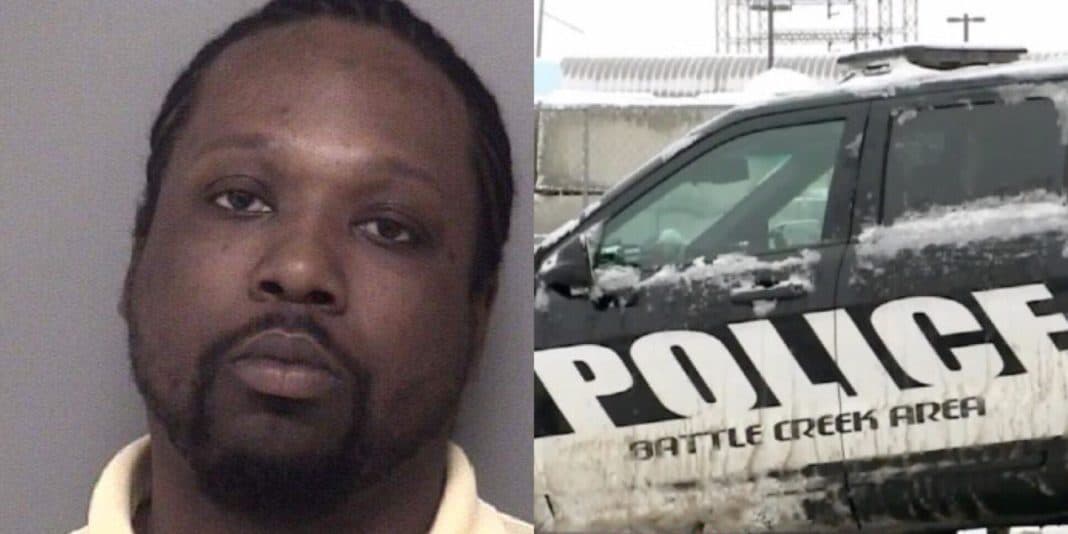 Not all heroes wear capes! The heroism of the following story came in the form of a 13-year-old boy with one mission: to save his mother’s life.

This young boy was faced acted fast in a situation that would have left a lot of kids his age frozen in shock and terror.

Unfortunately, he and his siblings grew up in a home with parents whose relationship did not always model love, compassion, and protection. In fact, according to a story posted by Liftable, his mother filed an assault complaint against the father of her three children, Anthony Maurice Whitlock, just two years ago, and has also had to call authorities at least six times for intervention during guardianship swaps.

The trouble between his parents took a turn for the worst when Anthony showed up at the home of his ex-girlfriend and children in Battle Creek, Michigan, with a 3-foot-long sword.

It was 2:45am and everyone in the apartment was asleep as he forced himself through the front door.

The mother of three woke up in a jolt when she heard the door being knocked down, unaware of what was truly on its way. She stepped outside of her bedroom and saw who had made it into her home. Knowing that this could only mean one thing, she rushed back to her room, unfortunately, to no avail.

Mr. Whitlock began attacking his ex-girlfriend with the sword, waking up their 13-year-old son.

When he saw the commotion, he sprang into action immediately. He tried to push his father off, but it didn’t stop him. WZZM reported that the boy may have attempted to use a steak knife to stab Whitlock, as police officers found a trail of blood from the bedroom to the front door.

The son’s efforts of interfering gave his mother just enough time and room to escape, and he himself was not harmed in the process. He called 911, and Mr. Whitlock ran, but left his sword behind.

The mother was rushed to the hospital. Officers found her thumb and index finger on her bedroom floor. While she is in critical condition, things would have been much more fatal had it not been for her brave son!

The ex-boyfriend and father is facing charges of home invasion and assault with intent to murder.

Thankfully, no one else was injured in this incident. We are praying for peace and healing for every member of this family.