Before Even Meeting, Meghan’s Final Movie May Have Predicted Her Romance With Prince Harry 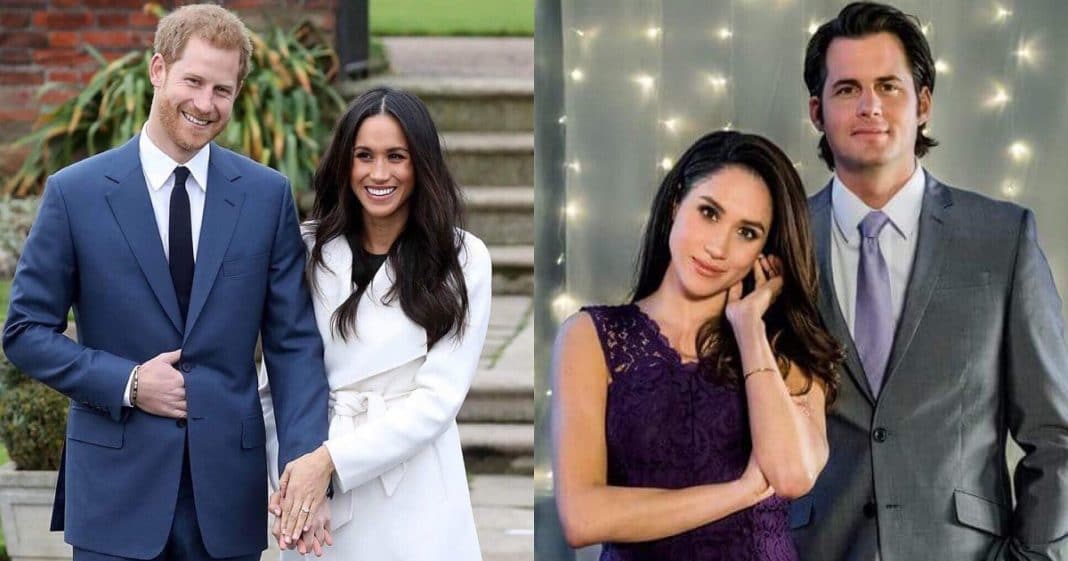 Some say life mirrors fiction; but in the case of the fairytale romance between former Suits star, Meghan Markle and her real-life prince parallels the plotline of her final movie, Dater’s Handbook.

The rom/com aired just six months before Harry and Meghan were introduced. The flick was her last film and was released in January 2016. Who knew how drastically Meghan’s life would soon change and she’d find her actual Prince Charming soon after.

In Dater’s Handbook, Meghan plays a character named Casandra, (Cass), a woman similar to Meghan in more ways than one. Cass wishes to find her own Prince Charming; she’s an animal-lover, successful businesswoman with a heart drawn to doing charity work. Like Cass, Meghan worked her way up the Hollywood ladder to bag a role in the legal drama, Suits.

Those aren’t the only similarities between Meghan and her character or the romance between Cass and Peter and Harry and Meghan. Cass leaves a longterm ill-fated relationship just like Meghan did back in 2013 when she divorced producer, Trever Engelson. Harry and Meghan were set up on a blind date by a mutual friend, designer Misha Nonoo. In the film, Cass and Peter are also set up by a mutual friend.

Cass and Peter share a mutual love for animals and the outdoors; Harry and Meghan visited Africa twice. Both are heavily involved in charity work. Harry flies Meghan’s mother, Doria to Toronto for the Invictus games; Peter invites Cass’ mother for a concert date.
Both Peter and Harry share common characteristics. They are both adventurous and rebellious and known for their love of the great outdoors. Cass is frequently seen walking her Labrador in the movie, Meghan brought her beagle, Guy, with her to Kensington Palace.

Both Meghan and Cass attended weddings with their beaus. Harry took Meghan to Jamaica in March with him for his friend, Tom Inskip’s wedding. She also went with Harry to Pippa Middleton’s wedding reception. Both the fictional Cass and Meghan didn’t lack for suitors. Piers Morgan revealed in 2016 that while out with Meghan at a pub, she always received text messages from potential suitors.

The men are both a hit with the mothers; Doria, Meghan’s mother, joined the pair in Harry’s box at the Invictus games in September, 2017. Peter took Cass’ mother with them to see her favorite band in concert.

Finally, both couples shunned engagement traditions. Peter and Cass became engaged at a New Year’s eve lantern festival. Harry and Meghan announced their engagement just a month before Christmas. Both women fell for their men’s adventurous and fun natures. Harry is known as the outgoing member of the royal family. Ditto for Peter.

Both her on-screen prince and her real-life prince offer Meghan a zest and fun for living life. She somehow managed to bag both a fictional and actual prince. Way to go, Meghan!