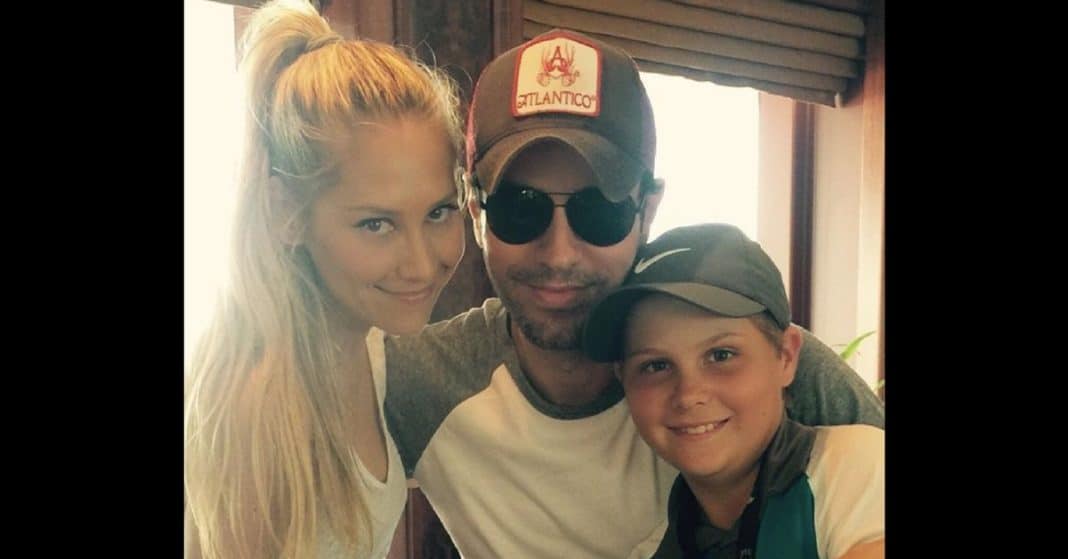 Latin singer Enrique Iglesias (son of crooner Julio Iglesias) and former tennis pro Anna Kournikova are notorious for flying under the radar. Unlike many celebrity couples who crave the spotlight, the pair prefers to keep their lives private and lowkey.

The couple has been together for 16 years – they met when then 20-year-old Anna starred in 26-year-old Enrique’s “Escape” music video – but little is known about their life together. They have even managed to dodge questions about whether they ever got married, seeming to enjoy keeping the public guessing.

“I don’t believe you need a piece of paper to show you love someone,” Enrique told E! News when asked if they had plans to tie the knot. “Who knows what the future holds…or the past…haha.”

Well, while they still haven’t confirmed their relationship status, the couple did just reveal something about their lives that has fans at once shocked and jumping for joy: they just welcomed twins!

E! News has confirmed that the couple welcomed a boy and a girl – Nicholas and Lucy – over the weekend.

The announcement has come as a major surprise since the couple managed to keep the pregnancy secret for the past nine months, but their thousands of fans have rushed to congratulate them on the happy news.

There’s no telling when – or if – we will ever see pictures of the newborns. It is rare to even find a picture of Enrique and Anna together!

We’re sure, though, that the couple will be great parents. Just last month, a reporter asked Enrique if they would ever have kids.

In a world where every detail of people’s lives are splashed across social media, it is refreshing to see a couple who is keeping their private lives private.

What happy news! We hope this new little family is soaking up all the precious moments they have together. Christmas is definitely going to be extra-special this year!

Were you surprised to hear the couple’s happy news? So share this!