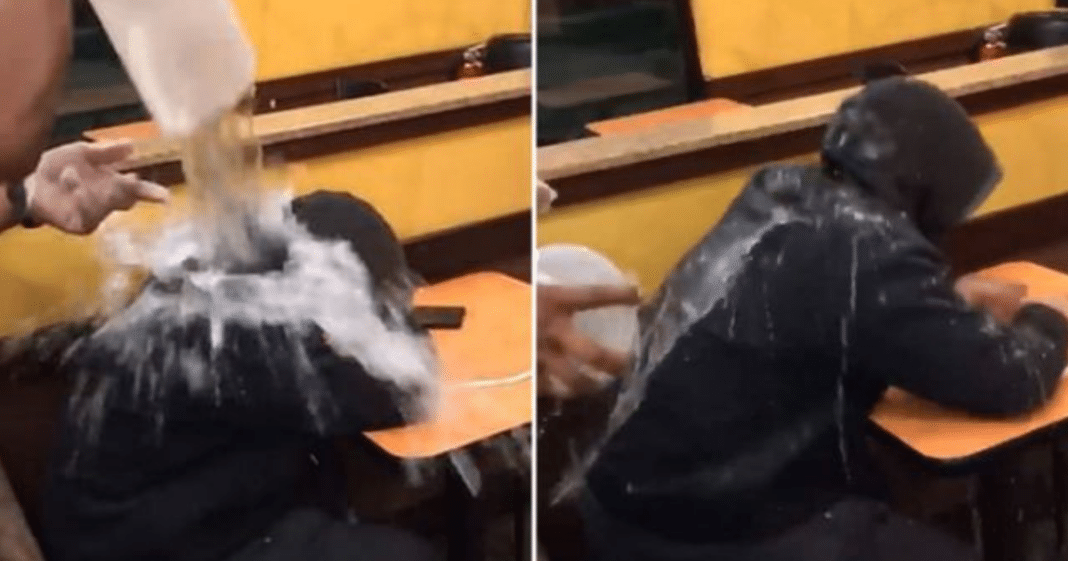 A video of a Dunkin’ Donuts employee pouring water on a homeless man sleeping at a table inside the quick service restaurant chain went viral after it was posted to Facebook.

The alarming incident took place in Syracuse, N.Y., and resulted in the employees involved getting suspended from their jobs.

“How many times do I have to tell you to stop sleeping in here?” One employee can be heard saying in the video, just after dumping a bucket of water on the young man, who had been resting his head on a table while charging his cell phone. The employee then threatened to call the cops unless the man, identified as Jeremy Dufresne, left the store.

The owner of the Dunkin’ Donuts franchise, Kimberly Wolak, said in a statement that both employees involved have been suspended until a full investigation is conducted. Wolak also claims they will be contacting Dufresne to apologize for the way he was treated while inside the establishment. The incident has garnered more than 5.5 million views since the footage was uploaded to social media.

Dufresne says he sometimes visits that Dunkin’ Donuts location to get warm and charge his phone to call his mom and say goodnight to her, which he does every evening, according to Syracuse.com.

“He probably had some personal problems of his own and needed someone to talk to,” said Dufresne. “And he took it out on someone else, like me.”

Al-amin Muhammad, a local advocate for homelessness who runs a program called We Rise Above The Streets, rallied a group of demonstrators to show up at the Dunkin’ Donuts location to protest Dufresne’s treatment.

A GoFundMe campaign was also started for Dufresne shortly after the video went viral. As of this article’s writing, it has raised $22,419 of its original $150 goal.

The employee seen in the video pouring the water on Dufresne has since apologized, saying he regrets his actions and knows they were wrong. You can read his full apology here.