Ellen Annoyed When She Gets Call On Set, But What Happens Next Has Audience Cheering 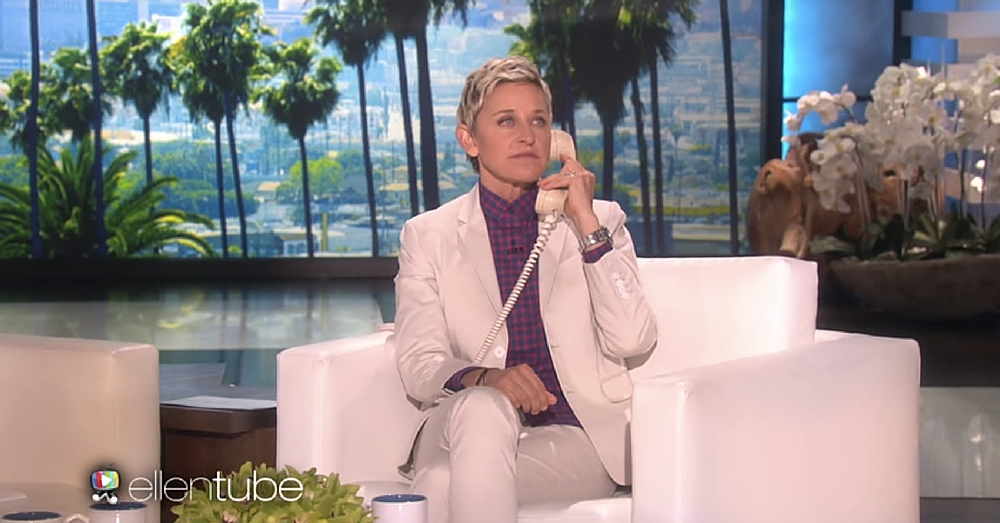 Ellen DeGeneres was about to introduce the first guest on her show when she got an unexpected phone call. The call was from her receptionist, Jamie, who told her she had been going through emails and wanted to read her one of them because the person who sent it was in the audience that day.

As Jamie began to read the email, the camera panned to a woman in the audience who was already in tears. The letter, which she wrote, read as follows:

I love watching your show every day. Today I’m having a tough time and wanted to tell you what your show means to me. I am a 30-year-old breast cancer survivor. This week I found a new lump and just learned I need to get an MRI to figure things out. I am a strong person, but right now I’m scared. It was just last year that I had to go through multiple surgeries and over five months of chemo. My mom also had stage 4 cancer last year, so it’s been a rough go. I do my very best to stay positive, and today your show keeps me going. I eagerly await 4 o’clock when I know you will bring me smiles and happiness.

Thank you for being there for me. You truly are the best!

With hugs and hope,

Ellen had Kim and her mom, Becky, come down to talk with her. Both mother and daughter were having difficulty holding back their tears – it was clearly a very emotional time for them.

Kim explained how her mother had been diagnosed with ovarian cancer in March of 2014, which was difficult enough, and then she herself was diagnosed with breast cancer that same August.

It was an extremely difficult time for them and for their family, but the two were able to be there for each other and help keep each other strong. “In a weird way it was the most helpful and best thing that could have happened to us,” Kim said.

The pair then told Ellen how her show had been the bright spot in their days while they went through their cancer treatments. There was a TV set up as a distraction in the room where they received chemo and both mother and daughter looked forward to Ellen’s show because it helped them forget where they were for a bit. “Laughter is the best medicine,” Becky said.

Kim also revealed that she had been in a long-term relationship and, while she and her boyfriend hadn’t planned on getting married, when they found out that Becky had cancer they decided to throw a wedding together quickly so her mom could see her get married. When Kim got diagnosed, though, the wedding got put on hold.

Now that they were both in the clear – Kim had received word that her new lump was benign – they were back to planning the wedding.

Ellen decided that she wanted to give Kim some wedding presents – something old, something new, something borrowed, and something blue.

While most of the gifts were humorous, the “something blue” was something Kim and Becky could never have anticipated. Click below to find out what it was!

After everything Kim and Becky have been through, they were definitely deserving of this incredible gift from Ellen!

Were you touched by this mom and daughter’s story of survival and support? So share this!