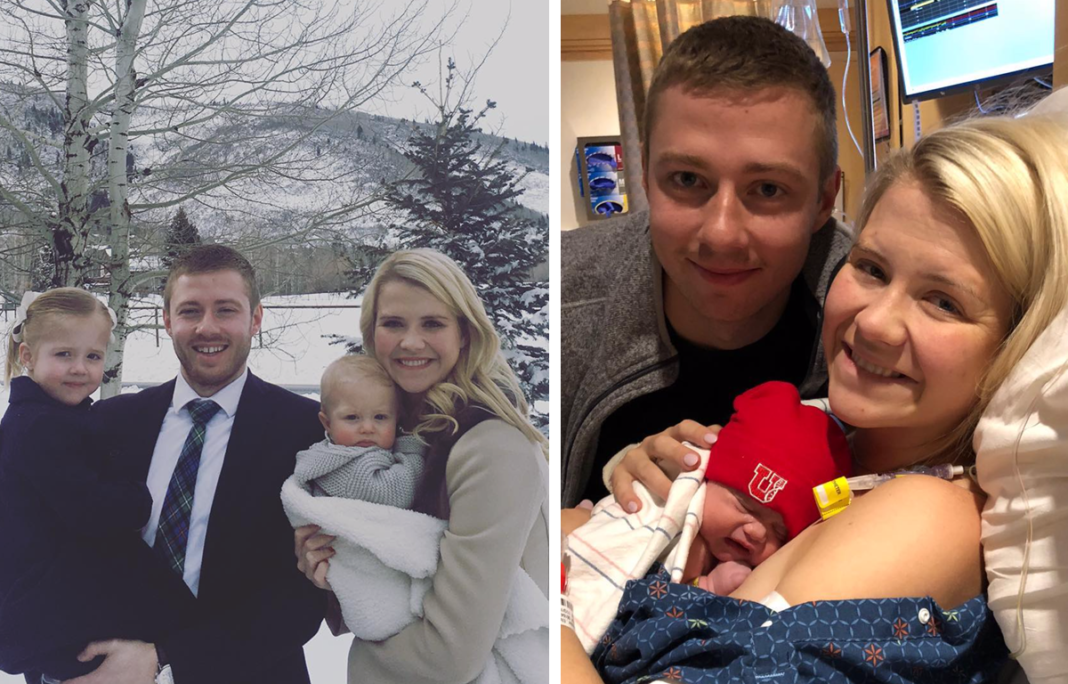 She is still known to many as “the girl that was kidnapped” in 2002. Elizabeth Smart was kidnapped from her Salt Lake City home at 14-years-old. But today, Smart has risen about a past of abuse and rape after she was held captive for nine months at a campsite near her home by a religious fanatic and his accomplice. Today at 31, Smart has welcomed her third child into the world into a loving family with her husband, Matthew Gilmour.

On Instagram, Smart announced the birth of a baby girl named Olivia. She will join her brother, James, and sister, Chloe, at home.

“So happy to welcome Olivia to our family!” she wrote.

So happy to welcome Olivia to our family! ❤️❤️❤️❤️❤️

Smart met Gilmour as a Mormon missionary in Paris in 2009. When they met, Gilmour didn’t recognize her or know her story but merely saw her as a confident person.

“The thing that attracted me the most to her — at the beginning and now — is how confident she is, especially considering everything she has been through,” Gilmour said.

They were married in 2012 on the Hawaiian island of Oahu, a place that held a special significance for Smart. She and her family went to Oahu following her kidnapping rescue to recover from what happened to her. She sees the location as a “refuge” and the couple had a dream wedding according to witnesses.

By all accounts, Elizabeth Smart has found true love and she hasn’t let what happened to her hold her back in her career either. Instead, she has become a leading advocate and motivational speaker to “prevent future crimes against children” and to help victims of crimes.

She formed the Elizabeth Smart Foundation in 2011 to promote the “Internet Crimes Against Children Task Force” with law enforcement agencies. She has spoken out about missing persons cases as a contributor with ABC News. Then in 2013, she released her memoir, “My Story.”

About 40 percent of children abducted by strangers never make it back home alive. Elizabeth Smart was fortunately found before it was too late. A religious fanatic named Brian David Mitchell kept her captive for nine months with help from an accomplice and wife, Wanda Barzee. Mitchell was sentenced to life in prison and Barzee served 15 years in prison.

Smart spoke out against the unexpected release of Barzee from Utah State Prison in September. She believes that Barzee, who she has called “evil and twisted,” is still dangerous. She met with the woman’s probation officer who is keeping a “close eye” on her. Barzee registered as a sex offender and must take part in a mental health treatment program.