This Elephant Lost Leg To Landmine. Now Watch Her Use Prosthetic Leg For 1st Time 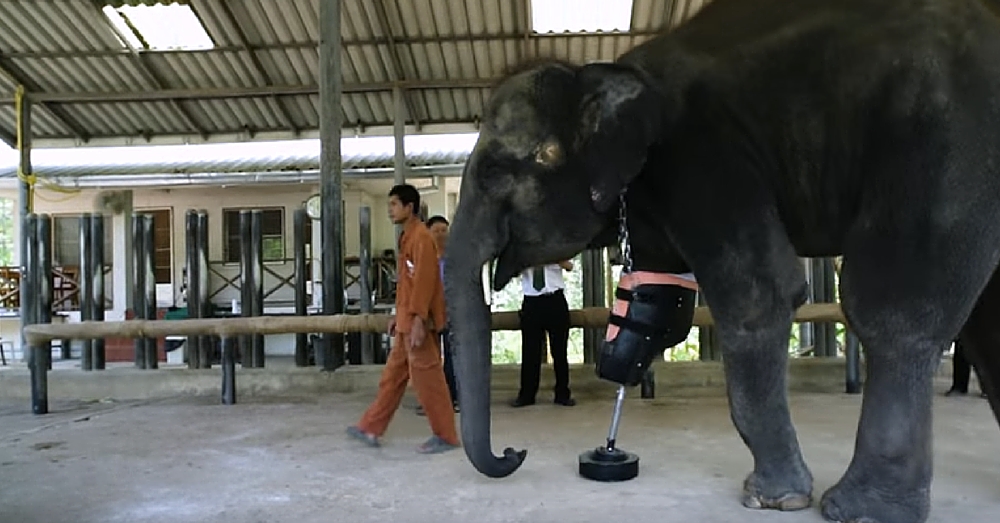 When Mosha was two years old she lost her front right leg after stepping on a landmine along the Thai-Burmese border. It seemed like all hope was lost for her to ever walk again, but then a doctor came up with a brilliant idea.

Mosha was taken to the world’s first elephant hospital, located in Thailand, which has treated over 4,000 sick and injured elephants since it opened. There Dr. Therdchai Jivacate, an orthopedic surgeon, used his medical knowledge to create a prosthetic leg for Mosha.

Every couple of years he creates a new leg for her, since she is growing and the old ones wear out. Each new leg is an opportunity for Jivacate to improve on his past designs and make them sturdier and stronger

Even though he first did the surgery on Mosha 15 years ago, the elephant still remembers the man who gave her a new lease on life. Watch the two special friends interact below as Mosha tries out her new prosthetic leg.

Were you amazed to see this elephant walking on a prosthetic leg? So share this!