Elderly Woman Can’t Pay For Groceries, Then Man Takes Matters Into His Own Hands 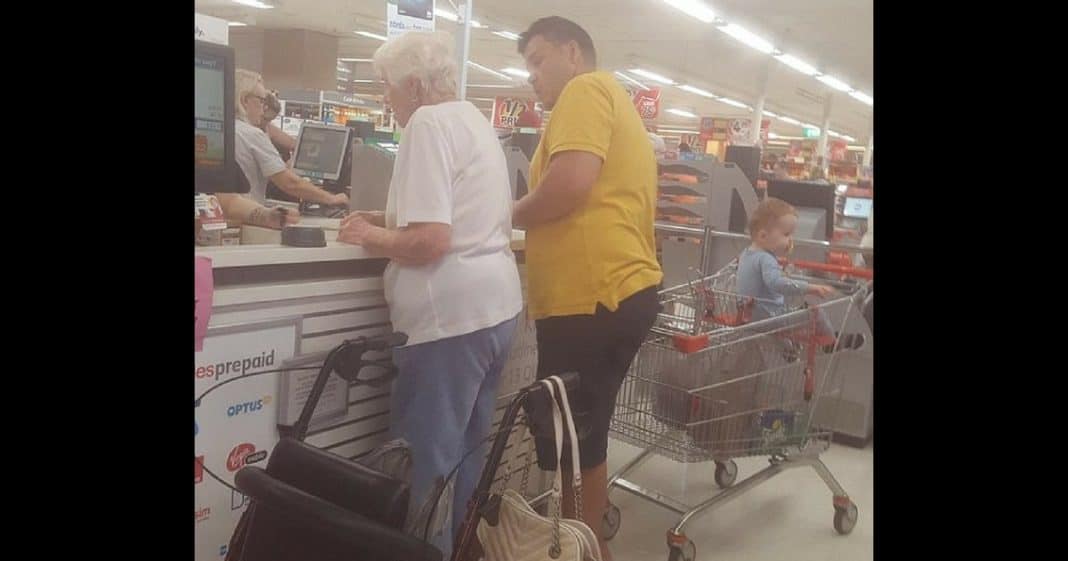 One Australian man’s act of kindness has been going viral after a random passerby happened to catch it, and he says it’s all because of his mom!

Ryan O’Donnell was shopping with his two children when he noticed an elderly woman in line who was having trouble paying for her groceries. Every time she tried to run her card it would get declined.

“Someone was trying to tell her to try different account and it didn’t work so they took her to the front area and I walked past and overheard,” Ryan said.

Looking at the elderly woman made him think of his own mom and grandmother, and he knew he had to do something to help.

He walked up to the woman and offered to pay for her groceries, which he said cost less than $50.

This guy at Wyoming Coles who just went through the register with his two kids paid for this ladies groceries when her card kept declining ? pic.twitter.com/pTLq0ij6NK

When asked later why he did what he did, Ryan said that’s just how his parents raised him.

“Realistically it was just because the lady reminded me of my mum and grandma and that’s how my mum and dad brought me up,” he said.

The elderly woman was stunned that a stranger would be so kind and she asked how she could repay him, but Ryan told her not to worry about it.

“If you can help, you do it where and when to the best of your ability,” he said.

The kindhearted father’s actions that day will leave a lasting impression on his children, but they have also touched countless others who have heard his story.

Luke, a passerby who happened to overhear the whole conversation and capture a picture of it was blown away by Ryan’s kindness and felt his story was one that needed to be shared with the world. Already it has touched and inspired thousands.

“It’s good to see there are decent people out there looking after their elders,” Libby Wall commented on Luke’s picture. “A big thank you to this gentleman for opening his heart and his wallet.”

Were you touched by what Ryan did for this elderly woman in need? So share this!