Elderly Woman Asks For Table For 1. Then Young Stranger Asks Question That Takes Her By Surprise 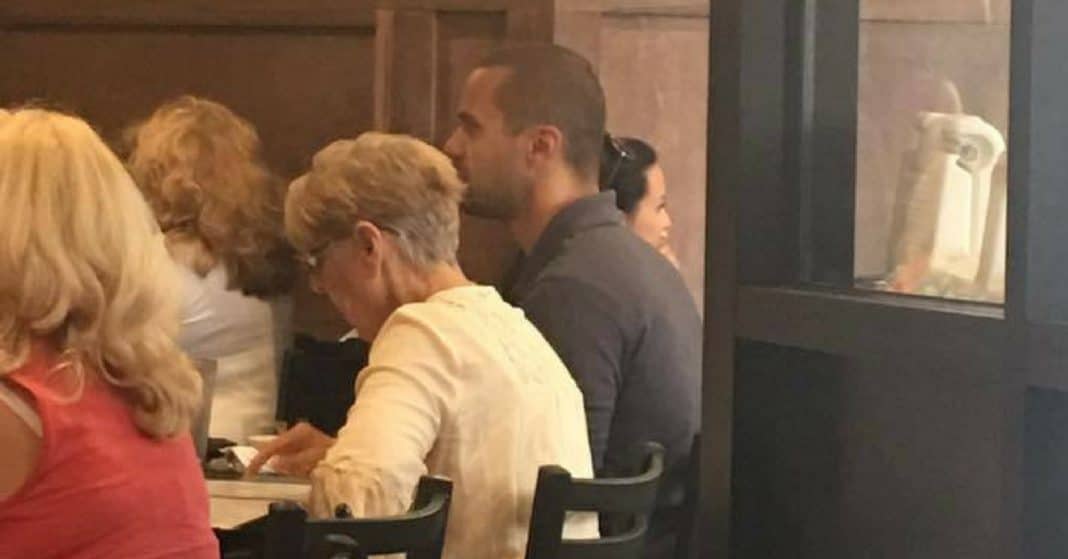 Social media and texting are so prevalent today. People always have their mobile devices with them, in a pocket, purse, or their hands. Three-quarters of adults own a mobile device and 46 percent of them say they couldn’t live without their smartphones.

We rarely strike up conversations with total strangers. That would require us to lift our gazes from the screens of our smartphones and open our mouths. Rarely do we just unplug from our technology to go for walks, interact with people on the street, or just enjoy someone’s company.

Thankfully, though, as this story shows, not everyone is always focused on what’s directly in front of their face.

Heather Leigh and three of her friends met for lunch at the Mt. Clemens Grill. Sitting at their table, they observed the front of the restaurant quickly become crowded with patrons waiting to be seated.

Groups of people stood in line hoping for a table. Among them was an older woman who just wanted a table for one.

A young man was also sitting alone at the restaurant. When he noticed the woman on her own, he rose and went to her.

Heather and her friends watched the interaction between the younger man and older woman, and their hearts were touched by what they saw.

The young man told the woman he had three available seats at his table.

“Would you like to sit with me, so you don’t have to wait?” he asked.

When they got to the table, instead of pulling out a chair across from him, the young man held out the one next to him so they could enjoy lunch side-by-side.

“Cue the four of us at our table with our hearts MELTING,” Heather wrote in a Facebook post later.

Heather and her lunchmates couldn’t help but watch the two as they ate their meal. There were moments where they sat in silence merely enjoying their food. At other times they engaged in comfortable conversation.

Heather reached a significant conclusion, which I have to agree with wholeheartedly:

“With all the ridiculousness happening in our country, it was nice to see and be reminded that there are still good people out there.”

What a beautiful way to connect with another human being. The young man could have sat alone, and left the woman to do the same. Instead, he reached out and connected with her in a way neither one of them will ever forget.

Were you touched by this young man’s kind actions? So share this!