Elderly Veteran Can’t Pay For Groceries, Then Cashier Reaches Into His Own Wallet 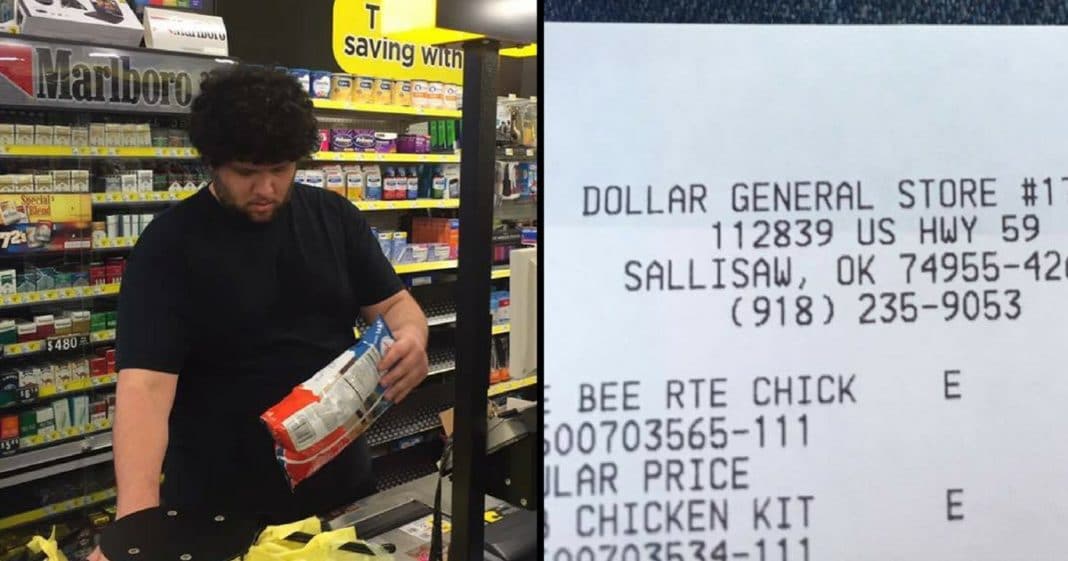 When we turn on the news we are usually inundated with sad or infuriating stories about everything bad that is going on in the world. Maybe that’s why when we hear stories like this one we are filled with hope that not all is lost and things can turn for the better.

Tim McKellar was at the Dollar General in Sallisaw, Oklahoma, recently when he witnessed something that left him speechless. He was so touched by what he had seen that day that he knew he needed to share it.

An elderly gentleman was trying to check out with a few items, but he couldn’t remember his PIN number so his card kept getting declined.

He tried to run the card several times with different PINs, and another lady in line tried to help him, but nothing was working.

That was when cashier Jacob Wittman stepped in. He pulled out his wallet and handed his own credit card to the woman, telling her to see if his card would work. It ran through with no problem.

“The old man wearing his veteran hat was obviously confused and asked the kid if he had just bought his stuff totaling right at $20,” Tim recounted.

Tim was blown away by what this young man had just done, noting that Jacob probably makes minimum wage or close to it and doesn’t have much money to spare.

While Jacob didn’t expect any recognition or applause, we think he deserves it for the incredibly selfless act of kindness he showed to this elderly veteran in need!

Were you touched by what Jacob did for this man in need? So share this!