Elderly Man Keeps Calling For Help. When Firemen Show Up They Can’t Believe What They Find 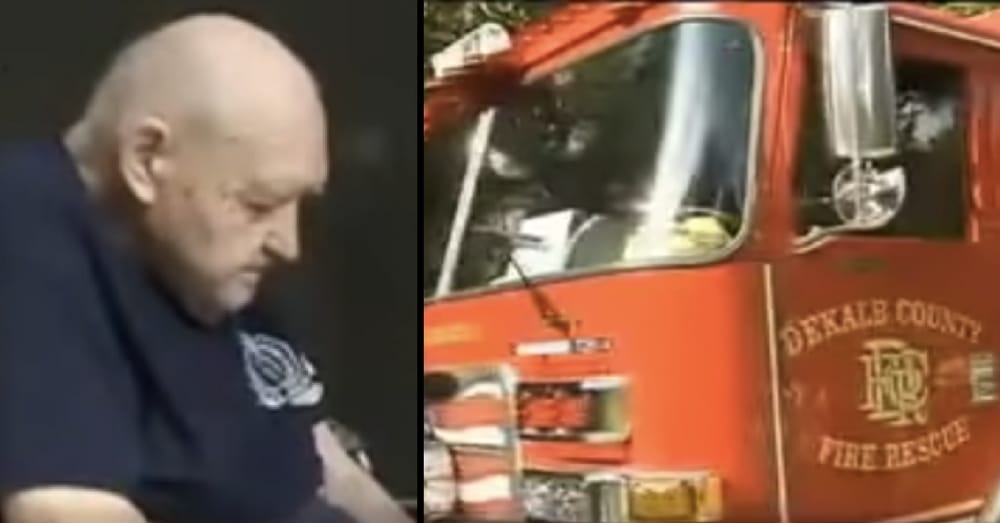 Douglas Marks and his wife Maxine have lived a quiet life together at their home in Decatur, Georgia for years. But as Douglas’ health has declined – the 82-year-old suffers from emphysema and dementia and has had multiple strokes – Maxine has been forced to call 911 more times than she can count.

The firefighters got used to getting calls from the Marks and would come by to help, exchange a few pleasantries, and then continue on their way. But all that changed when, during one of the calls, the firefighters realized who Douglas was.

You see, Douglas Marks was actually Lieutenant Marks, a former firefighter himself and the oldest living retired firefighter in the county. In 1960 he had been the 38th hire to the department, which now boasts 650 members. He was also the county’s first paramedic and is a Korean War Army veteran.

As soon as the firefighters realized who Douglas was a special bond began to form between them and the elderly gentleman. They loved to learn more about his time in the department and took extra time with him during their calls. Soon Douglas and Maxine began to see the other firefighters as their second family.

During the visits the firefighters had with the Marks they began to notice that their home had fallen into disrepair. The roof, insulation, and flooring were falling apart, and the home needed a new deck and ramp for Douglas’ wheelchair.

They decided they couldn’t let an elderly hero continue to live like that, so they took matters into their own hands, and the results are incredible. Click below to see what these firefighters did next:

Were you touched by what these firefighters did for Douglas? So share this today!