Elderly Man Carries Mystery Bag To Shelter. When She Sees What’s Inside Can’t Hold Back Tears 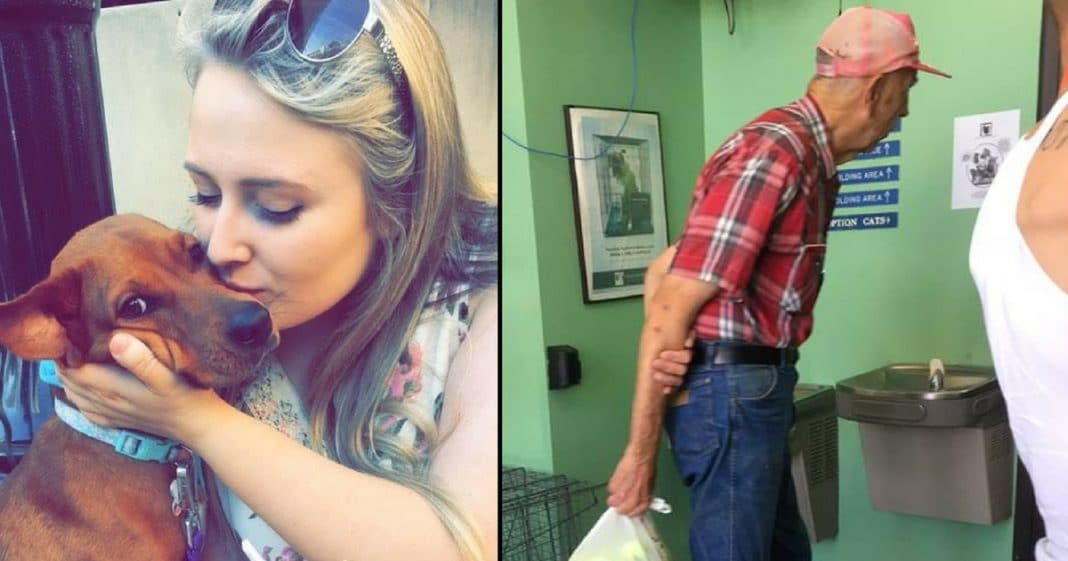 Here at So Share This, we love to share inspirational and uplifting stories with our readers. This story has touched our hearts as well as the hearts of hundreds of thousands of other people online. One sweet, simple gesture from a kindly older gentleman has brought tears to many who’ve seen what this anonymous man has done.

A young woman named Madison Sorrel went to the Tulsa Animal Welfare Shelter to adopt a dog. But while the 20-year-old counted on bringing a dog home with her, what she didn’t expect was her heart being touched by a total stranger who happened to be there.

Madison noticed an older man walk up to the shelter carrying a white plastic bag. She soon realized that the bag contained a bunch of tennis balls, and when she found out why he had brought them she snapped a picture with her phone and posted it on Twitter.

The caption for the photo reads: “We found out this gentleman was donating tennis balls in memory of a very loved pet. If this doesn’t make your day then I don’t know what will.”

Madison’s tweet has been shared thousands of times and liked by over 200,000 people since she visited the Tulsa shelter in early July. Many of the comments posted under the photo mention how the man’s selfless act of donating the tennis ball to the shelter made them cry.

“I didn’t expect it to get this much attention at all,” Madison said.

Many who responded on social media had a spontaneous and emotional response to this man and his bag of balls, just like Madison did when she first saw him. One person said they were touched, not just that the older man was donating them to the shelter, but that he had taken the time to collect them and get himself to the shelter in the first place.

Madison explained why she was so compelled to share the photo: “It’s a sweet message,” she said. “You’re never too old to give your time and donate.”

While the elderly man’s identity is unknown, Madison wrote on Twitter that someone from his family saw the photo and showed it to him and he is aware of the reaction his kind act is receiving.

The Tulsa Animal Welfare Shelter did confirm the man’s generous donation and Madison’s account of the incident. “[The man] donated the tennis balls in memory of a much-loved dog,” they said.

In response to the overwhelming reaction to the picture, the animal shelter posted this message on social media: “We love getting donations from the community. Even if it’s food or blankets or towels, any little bit helps. We’re a municipal shelter, so the volume of animals we get is high, especially this time of year. Give back to your local shelter!”

A volunteer for the shelter added, “If you can’t donate goods, we’re always in search for more volunteers.”

With the 6.5 million companion animals who enter U.S. animal shelters each year, the need for volunteers and goods is most certainly high.

Can you imagine how many happy animals are at the Tulsa shelter now all because of that man’s donation? How incredible it is that this gentleman is letting the memory of his lost pet live on and that all these other animals get the privilege of playing with one of the balls.

A lot people wouldn’t be willing to do anything with their grief once their pet dies – they’d want to keep all the memories to themselves. Instead, this man realized that though he can’t bring his special friend back, he can bring joy to other troubled animals.

Were you touched by this man’s sweet donation in honor of his beloved friend? So share this!