Dying Man Stumbles Across Abandoned Church. What He Finds Inside Leaves Him In Awe 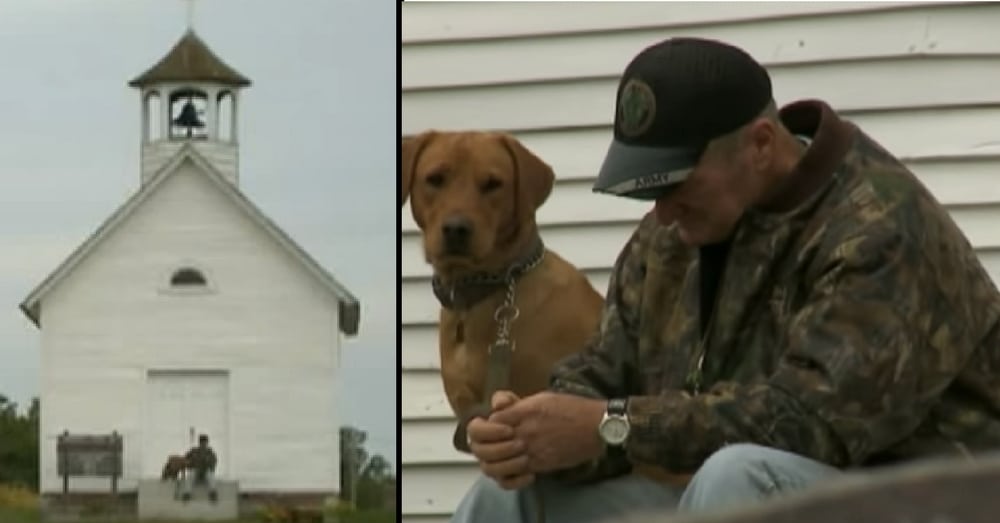 When Greg Thomas was diagnosed with stage four cancer at 57 years of age, the doctors didn’t give him much hope. The cancer was in his head and neck and doctors told him he only had a few months to live.

“They told my family to go ahead and start planning my funeral,” he said.

After he was let go from his job, Greg started taking walks through the countryside with his dog to help manage his stress and ease his mind.

It was on one of those walks that Greg stumbled across something that would change his life forever.

On that particular day, Greg decided to take a different path than he normally did and he came across an old church that had been abandoned and was falling apart.

The church had been built by Czech settlers 150 years before, but it hadn’t held a congregation in over 100 years. The foundation was rotting, the paint was peeling, and the roof was falling apart.

Greg sat on the concrete steps outside the church and began to cry. He prayed to God, begging for a miracle.

As he sat there he was overcome with the desire to look inside the church, so he opened the door and peered inside. As he did so he was struck with a strong sense of duty to restore the church back to its former glory.

Greg contacted the treasurer of the foundation that took care of the church’s cemetery and soon after got to work. The project was like therapy to him, providing comfort and relief as he chipped away at the old paint and restored the crumbling walls.

Greg planned to work on the church until he was no longer able, but then God answered his prayers with a miracle he never saw coming. Click below to see what happened next:

In what can only be described as a miracle, Greg’s cancer went into remission. Now the church has been restored and Greg can look forward to a happier and healthier life.

“There’s been a lot of tears shed on these steps,” he reminisced as he sat on the concrete steps where he had first begged God for a miracle. “They’ve been tears of joy, tears of pain, but tears of blessing too.”

Were you touched by Greg’s story as much as we were? So share this!