She Drops $4,000 Ring Into Homeless Man’s Cup. 2 Days Later She Tells Him She Wants It Back… 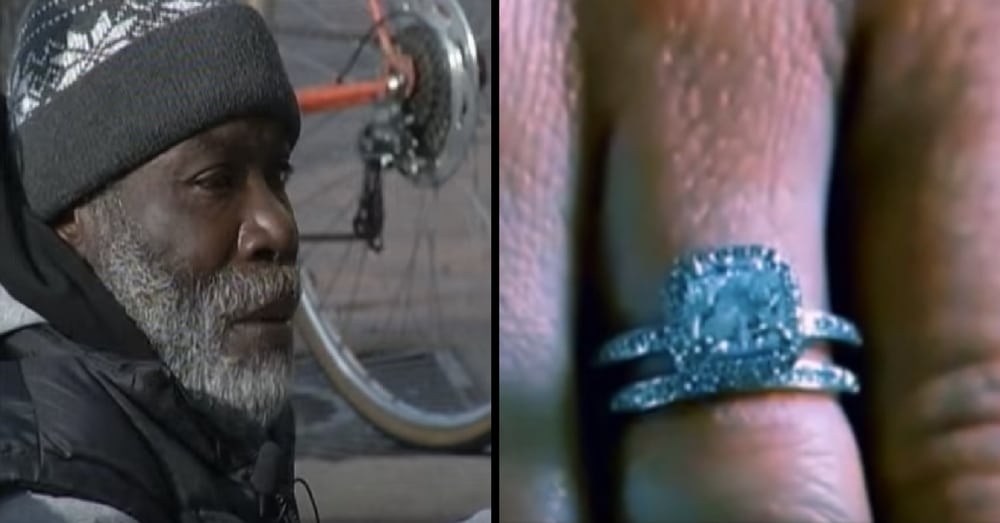 When Sarah Darling passed by a homeless man on the street in Kansas City, her heart went out to the man and she decided to would give him some change. Little did she know that one act would change her life forever.

She didn’t realize it at the time, but when she dropped the change into the man’s cup her $4,000 engagement ring slipped off her finger and went into the cup as well.

When the homeless man, Billy Ray, found the ring in his cup he was tempted to sell it, but he knew in his heart that he couldn’t do that. He decided to hold onto the ring instead.

Two days later Sarah came up to him in a panic. She had been looking for her ring everywhere and decided to see if Billy Ray had it.

When the kindhearted man pulled the ring out of his pocket she couldn’t believe her eyes.

Sarah knew their story couldn’t end there – she wanted to do something to help this homeless man who had seen the value in her ring yet decided to keep it safe for her, despite the good fortune it could have brought to him.

Sarah and her husband Bill decided to start a fundraiser for Billy Ray online. Through that fundraiser they were able to raise almost $200,000 for him and reunite him with his estranged family.

Sarah and Bill now consider Billy Ray a good friend. Thanks to that one chance encounter, Billy Ray is now off the streets and headed toward a better life!

Were you as touched by this sweet story as we were? So share this!