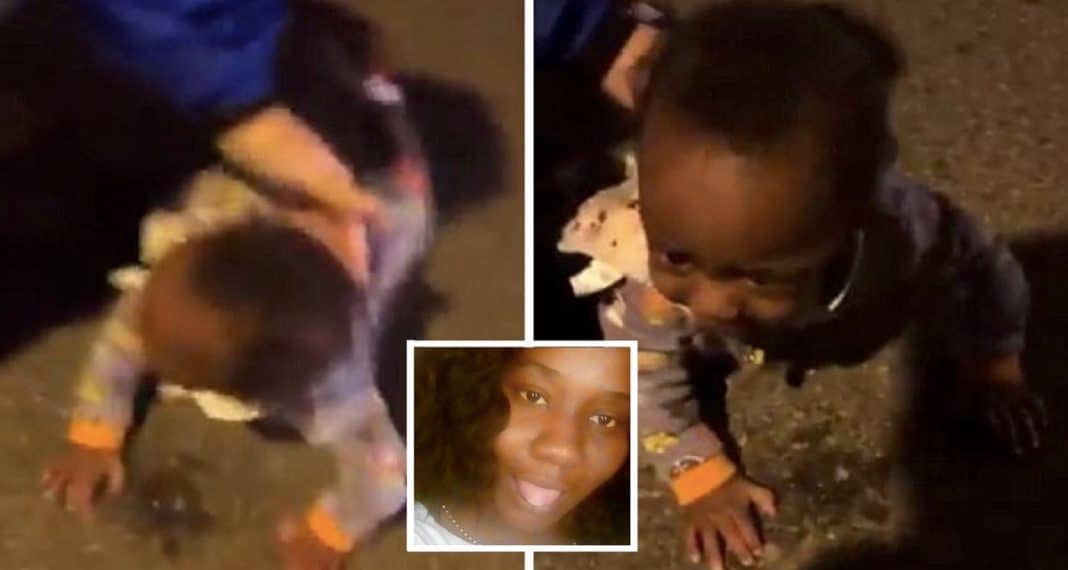 Some folks are great at spinning a good yarn. Others though, like this mother from Utica, New York should keep to the truth.

Ledrika Ford, 27, has been charged with a misdemeanor after her 9-month-old was found crawling in the middle of a busy road. A viral video of the little baby squirming on his belly in the street was posted to Facebook and has been viewed over 2.2 million times.

Several concerned citizens stopped and can be seen attending to the child. Others call 911. Near the end of the clip, a woman can be heard rushing up to the assembled crowd saying: ‘That’s my baby! Oh my God!’ Thanks to the video, authorities were notified, and an investigation began.

Several hours later, they located Ms. Ford. After reclaiming her child, she wove an unbelievable tale cops didn’t buy. She said her child was safely secured in the back seat of her car. When she next glanced back to check on him, he was gone.

The Utica Police department released a statement. In it, they detail Ford’s claims of how she and an unnamed relative don’t know how the infant ended up on the street. ‘She advised officers that the infant was secured in the rear of a vehicle that she was in when they left a location on Bleecker Street,’ the statement read.

‘A short time later, she looked to the back seat and found that the child was not there. They  immediately returned to the area of Pellettieri Avenue and Bleecker Street where they located her child.’

Later that same day, two Utica police officers and two officials from the Oneida County Child Protective services visited ford at her home. At the close of the 2-hour visit, the infant along with Ford’s three other children, a 1, 2, and 5-year-old were removed from her care. Ford is not in custody. Police charged her with a misdemeanor. She endangered the life and welfare of a child. If convicted, she could spend up to a year in jail. She is due back in court on March 23. 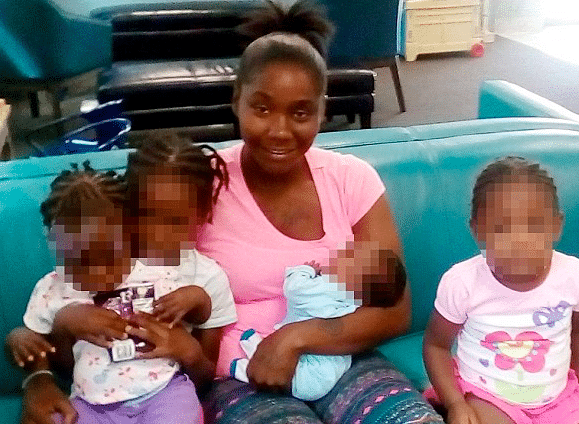 As the car carrying her children drove away, Ford could be heard crying. The baby was taken to a local hospital for an evaluation. Police have yet to release the medical staff’s findings.

Thank goodness for the strangers who remained alert to ensure the safety of this helpless baby. How could a mother allow this to happen? Are you so distracted you become careless and abandon your child? No matter. Ford’s four little ones have been taken from her home and won’t face any further threats of neglect.