Homeless Man Stands In Freezing Cold At Intersection, Then Stranger Stops His Car And Gets Out 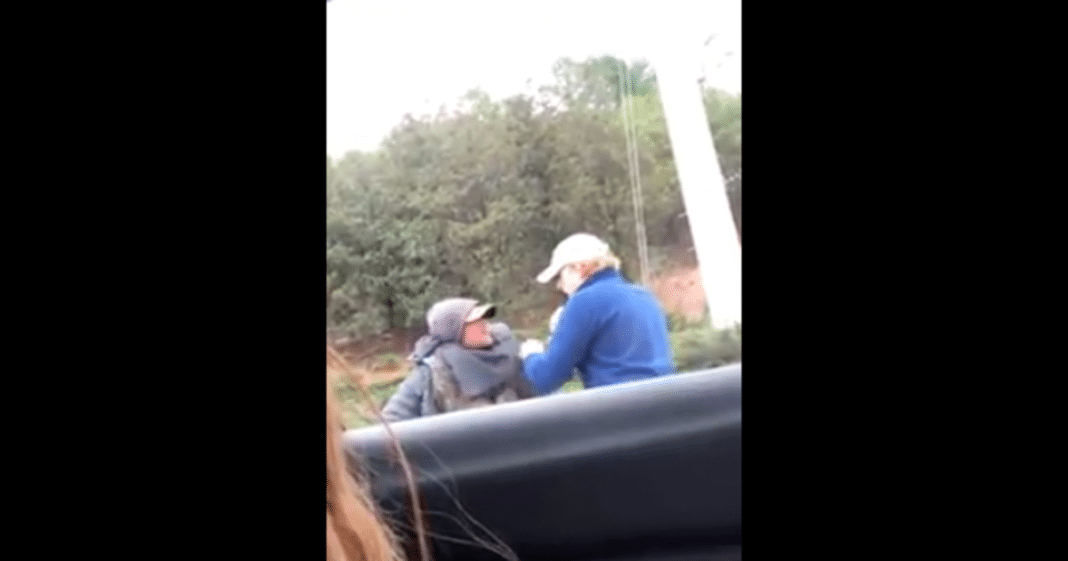 Across the north and even in the south, people have been experiencing frigid temperatures. It became the thing in 2013 to name winter storms. Why not. We name hurricanes. Unlike some of the sweet Disney characters winter storms are named after, they are anything but great.

These fierce bands of brutal weather are spreading across the country, affecting those who usually don’t have to worry too much about surviving a deep freeze.

Despite the unpredictable and at times, awful weather, one man is showing how the common and enduring values of kindness and compassion don’t ever go out of style. His act of kindness went viral as a bystander recorded the interaction he had with another man down on his luck.

The woman recording the short video clip is a motorist who was moved by this man’s gesture. The man she’s recording approaches another man at an intersection.

The man in the blue shirt exited his vehicle and walked up to the other man, who happens to be homeless.

The man in the blue shirt appears to be placing his very own winter coat over the shoulders of the other gentleman. According to social media, this kind deed took place somewhere in Alabama, where temperatures were close to freezing: “That is so sweet,” says a female observer’s voice is a hushed and humbled whisper.

The Shirt Off Of His Back, Literally

"Witnessed this man giving a homeless man the shirt off of his back, literally. Y’all, it is freezing cold in Alabama. This poor man was standing at a red light desperately trying to stay warm. If you listen closely, you’ll hear the guy proceeding to tell him he was going to get him something to eat and that he’d be right back. I was in tears. These are the kind of people we need more of in this world. This is absolutely beautiful."For our best love stories, subscribe to our free email newsletter: http://bit.ly/29l733Q#LoveWhatMatters

Posted by Love What Matters on Saturday, January 13, 2018

Moments later, the homeless man leans in and embraces the other man. He gave him a spontaneous hug. The blue-shirted gentleman returns the hug; he heartily pats the other guy on the back like you would an equal. He showed him genuine respect and empathy.

The homeless man’s guardian angel isn’t done: “I’m going to go get you some food, and I’ll bring it back,” he can be overheard saying as he clasps the man’s shoulder companionably.

The blue-shirted man heads back to his car which is still parked at the light to presumably drive on his mission to feed the stranger. Meanwhile, the homeless gentleman is in awe of his new coat.

The world might be moving at a fast pace; but it’s these simple, kind gestures that speak volumes. Love for our fellow man woman or child is the only thing that matters.