When Driver Says She Has Cancer He Can’t Get Her Out Of Head. What He Does Next…Wow 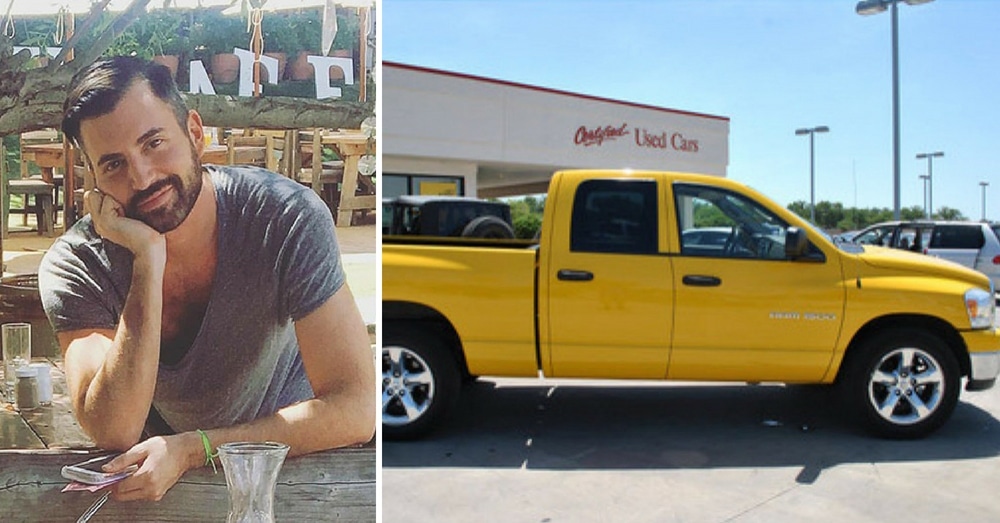 After going through a tough breakup, Matthew Stevens ordered a Lyft ride so he could go meet some friends to try to forget his heartbreak.

When a yellow truck pulled up and he saw he would have to open the front door to climb into the back of the cab, he decided that would be rude and took the front seat.

He wasn’t really in the mood to talk, but the two struck up a conversation anyway and he told the woman – Lupe – about his recent heartbreak. She then mentioned that she hadn’t dated anyone in 15 years.

When Matthew asked why she told him that her 15-year-old son had autism and she worked nights so she could be with him during the day.

Then came the kicker – Lupe told Matthew that her son had recently learned how to do the laundry and prepare his own meals, adding that “it really comes in handy because I was recently diagnosed with cancer, so when I’m away undergoing treatments, I know he’s okay on his own.”

Matthew was floored. He couldn’t believe how positive and upbeat Lupe was in spite of everything she was going through.

“I’m complaining about some boy who doesn’t care about me and isn’t going to matter in my life a month from now, and she spends her life taking care of her son despite the problems she has,” he said. “It was a reality check for me.”

Even after the ride was over Matthew couldn’t get Lupe out of his head. He decided to start a GoFundMe page and surprise her with a check.

“She has no idea that I’ve started this campaign,” he said. “But she deserves it. I know this is what I’m supposed to be doing – and not focusing on myself right now.”

Matthew said he has been in contact with Lyft to figure out how the get the check to Lupe. So far over $10,000 has been donated, and the money keeps coming in.

“I’m really excited but nervous,” he said about giving the money to Lupe. “I just want to help.”

Were you touched by what Matthew did for Lupe? So share this!