Driver Nervous When Officer Pulls Her Over, But What He Says Next Has Her Rolling With Laughter 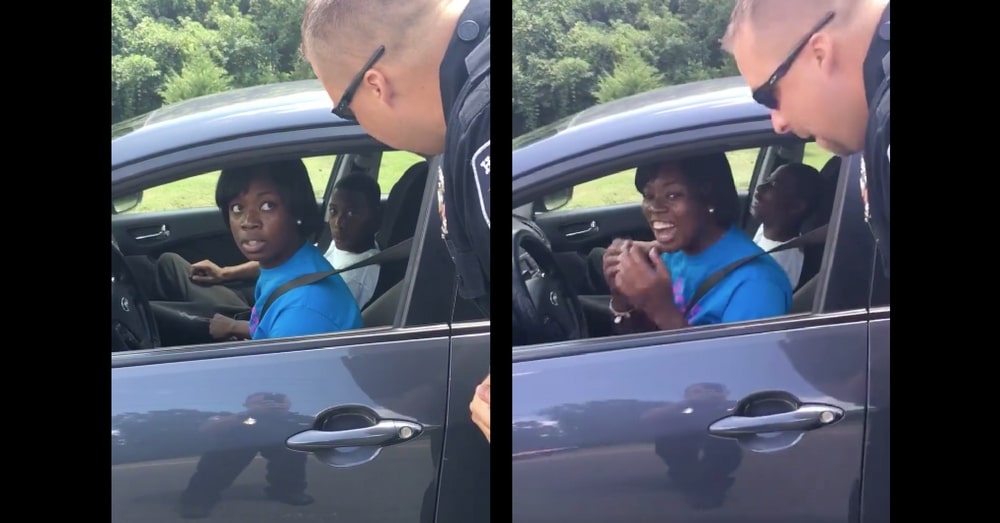 When police officer Brian Warner pulled this young woman over in Halifax, Virginia, she was clearly nervous. He asked her if she knew why he had pulled her over, and she told him that she did not.

Relations between police and their communities have been tense recently, and I’m sure there were all kinds of things going through this woman’s head as she anxiously answered the officer’s questions.

But the officer had a little surprise up his sleeve. She definitely wasn’t expecting this!

Click below to see what Officer Warner did next that had this woman crying tears of laughter.

Warner told the woman that she was in violation of Vehicle code 1739 – driving on a hot day without an ice cream cone. It took the woman a second to process what the officer was saying, but once she did the relief washed over her face and she couldn’t stop laughing!

The tiny Halifax Police Department, which only has 5 officers, spent the hot day handing out ice cream cones instead of tickets. It’s just one small way they are working to improve relations with their community.

Warner later told WSET that the woman’s reaction “was absolutely the best. It was genuine, and she had us smiling and laughing for a good hour afterwards, and I’ve probably watched the video myself 50 times just laughing… and that’s one of the great things with police work – you get to meet people like that on a daily basis, and it makes the job worth it.”

Did you love watching the way these police officers made this young woman’s day? So share this!