Driver Gets Strange Feeling About Boy On Bus. Then He Looks At His Feet And Sees It 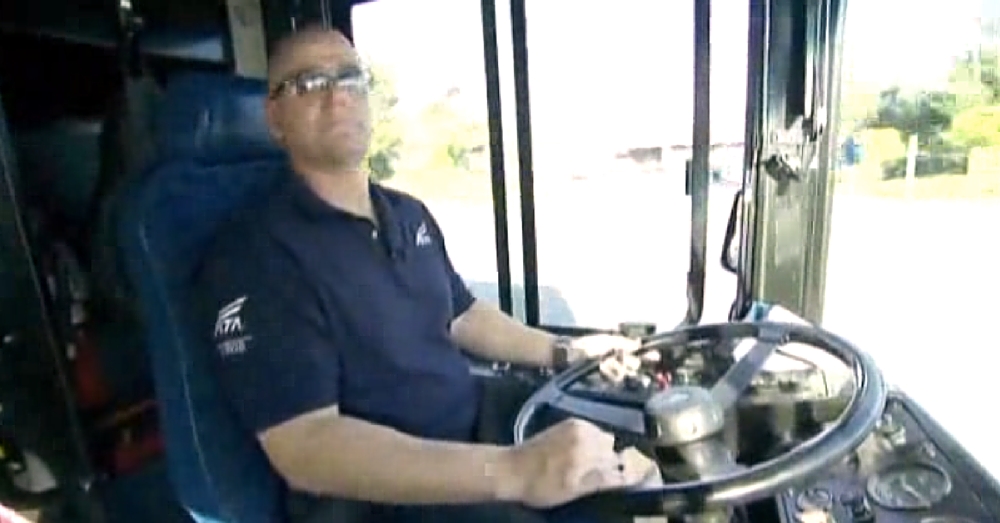 It was a normal day on the job for bus driver Tim Watson when he noticed something that seemed a little “off.” A little boy had gotten on the bus with a young man and had started crying.

That’s when Tim remembered an alert he had seen about a 3-year-old boy who had been reported missing from a San Francisco library. The boy was described as wearing a blue shirt with plaid shorts and red Crocs.

The father of two decided to trust his gut and did some quick thinking to determine if the boy was indeed the one who had been kidnapped. He stopped the bus and told the passengers that he was looking for a missing green backpack. He then started walking though the bus and, when he got to the child, was able to see that he was indeed wearing red Crocs like the boy in the description.

“That was good enough for me,” Tim said. He went back to the front of the bus and secretly alerted authorities who then met the bus at the station, pried the child from the suspect’s arms, and arrested the kidnapper.

When Tim learned that his instincts had been correct, he broke down. “I feel I just did what any father would do,” he said. Thankfully Tim trusted his gut and the little boy was returned to his family unharmed.

Do you agree that this bus driver is a hero? So share this!